Why AbbVie, RPM International, and The Gap are perfect fits for your retirement dividend portfolio.

Dividend stocks can be a great source of extra income during retirement, but you can't just buy any dividend-paying stock for your golden years. That's because some dividends can be risky, so you need to ensure that the stocks you own are paying out dividends that are not only growing but are also stable and reliable. Three such perfect dividend stocks for retirement are biotech company AbbVie (ABBV -0.04%), coatings company RPM International (RPM 1.36%), and clothing retailer The Gap (GPS 1.42%).

AbbVie is a proven commodity in the world of dividend stocks

George Budwell (AbbVie): The Dividend Aristocrat AbbVie is arguably a great stock for retirees because of its ability to continually deliver top-notch revenue growth and regular increases to its payout. Since being spun off from Abbott Laboratories in 2013, for example, Abbvie has raised its dividend by a healthy 60% and has been, quite literally, the fastest-growing large-cap biopharma from a revenue standpoint.

Like any stock, though, AbbVie is not risk-free. Right now, the company is building a bridge from its core revenue driver -- the anti-inflammatory megablockbuster Humira -- to its next generation of products, headlined by the blood-cancer drug Imbruvica. Long story short, Humira has now lost exclusivity in the United States and is close to doing so in the European Union, as well. Therefore, Humira is expected to hit its commercial zenith as early as next year, and then begin to decline as copycat drugs, known as biosimilars, enter the market. 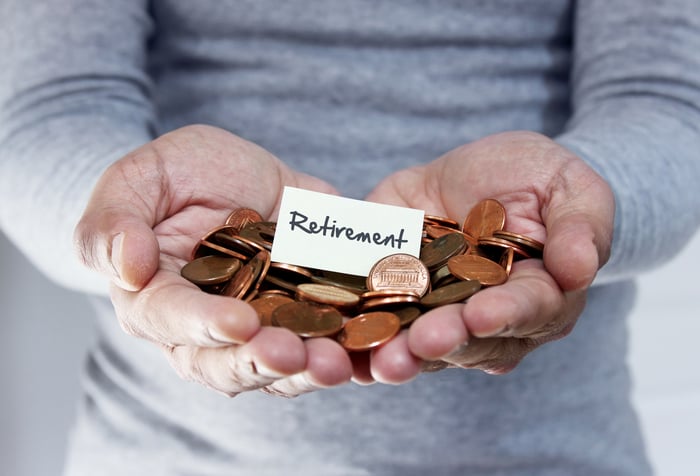 The good news is that AbbVie has a particularly strong clinical pipeline of both oncology drug candidates -- such as late-stage solid tumor candidate rovalpituzumab tesirine (Rova-T), and a possible replacement product for Humira known as upadacitinib (ABT-494). While upadacitinib isn't forecast to come anywhere close to Humira's commercial peak, this single drug still has the opportunity to haul in sales in excess of $3.5 billion per year, according to analysts.

All in all, AbbVie offers a proven track record on the dividend side of the equation, and a promising clinical pipeline that should more than offset any erosion in Humira's overwhelming market share going forward.

This boring dividend stock offers exactly what you need

Neha Chamaria (RPM International): I don't blame you if you haven't heard about RPM International -- a business as boring as coatings, sealants, and specialty chemicals doesn't make it to coffee-table conversations, after all. But what if I tell you that this lesser-known dividend stock packs a punch -- so much so that it would make a perfect dividend stock to invest in for retirement.

Consider that RPM has increased its dividend for 43 consecutive years, including the housing bubble and recessionary periods. Not that those increases haven't been sizable: RPM's hike last year was a good 9%. As RPM's dividends grew, so did it's share price. Or wait: On a total-return basis (dividend plus share-price appreciation), RPM has turned a nine-bagger since the beginning of the decade. 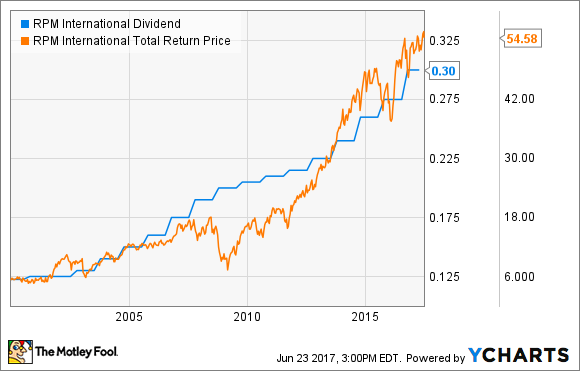 Incredible, isn't it? And you thought boring isn't beautiful.

One factor that has worked in RPM's favor is that, over the years, it has branched out into products that are primarily used for maintenance and repairs, demand for which is less cyclical than that of, say, paints and coatings, which is driven by new construction. In fact, RPM estimates that maintenance and repairs are bringing in almost 70% of its total sales. Last year, the company generated sales worth $4.8 billion.

I can't say for sure whether RPM will be a multi-bagger in coming years, but go ahead and consider adding RPM to your retirement portfolio. From what I see, you can count on its dividends, given the company's incredible record, and a portfolio of products that look capable of withstanding the test of time.

Rich Smith (The Gap): If you ask me, some of the best stocks to own in retirement are the very same stocks most investors would like to own any other time. I'm talking about stocks that pay a nice dividend and have the ability to grow that dividend over time. And of course, the most important attribute of all -- stocks that don't cost too much.

Priced at just 13.4 times earnings today, The Gap stock is cheap enough for any investor to own. Right now, the average stock selling on the S&P 500 index of companies costs 25.8 times earnings. So there's a pretty big "gap" between how expensive most stocks are today and how cheap The Gap is selling for. And this gap grows into a gulf when you consider how much cheaper The Gap stock is when valued on free cash flow.

Over the past year, The Gap has generated $1.1 billion in cash profits from its business -- 66% higher than its reported net income calculated according to, of course, "GAAP" accounting principles.

The Gap generates so much cash these days, in fact, that it's built up a $268 million net cash position on its balance sheet. Subtracted from its $9.3 billion market capitalization, that leaves The Gap stock selling for an enterprise value of only $9 billion -- and an enterprise-value-to-free-cash-flow ratio of just 8.2.

With the Gap's Old Navy chain showing 8% same-store-sales growth in its most recent quarter, The Gap is in the midst of a turnaround that analysts predict will see its profits grow a respectable 7% annually over the next five years. This earnings growth, combined with the stock's modest 53% payout ratio for dividends currently, creates plenty of room for The Gap to grow its already generous 3.9% dividend yield over time.

At its current price, and with its current prospects for growing an already sizable dividend, I think The Gap is a pretty perfect stock to own in retirement.