Here's why these three companies have seen their share prices fall by 50% in the first half of the year.

There's no getting around it: Some retailers have seen better days. Struggling under the weight of sluggish sales and billions of dollars in debt, shares of Fossil Group (FOSL -1.58%) and Tailored Brands (TLRD) are diving as the market attempts to handicap bleak futures for watch and suit sales. Meanwhile, shares of pharmacy chain Rite Aid (RAD 0.29%) are riding the market's roller coaster of emotions, as its merger with Walgreens Boot Alliance (WBA 0.61%) seems less likely to receive regulatory approval.

Here's the story behind these three bombed-out stocks.

Left behind in watches

Fossil Group is struggling under the weight of a shifting retail landscape and its poor competitive position in watches, a category that's been largely disrupted by the rise of the smartwatch, particularly Apple's top-selling Apple Watch.

Fossil is in the unfortunate position of being subject to the swings of other retailers' successes or failures. It generates approximately 48% of its sales from licensed products under brand names that include Armani Exchange, Diesel, Kate Spade, and Michael Kors.

Michael Kors products generate 22.7% of Fossil's net sales, but the "affordable luxury" brand has plans to shutter as many as 125 stores as it engages in its own turnaround plan. In a recent presentation, Kors outlined its plan to diversify its product mix, downplaying the importance of watches. Watches currently account for 5% of its sales; by fiscal 2020, Kors sees watches falling to 4% of sales. 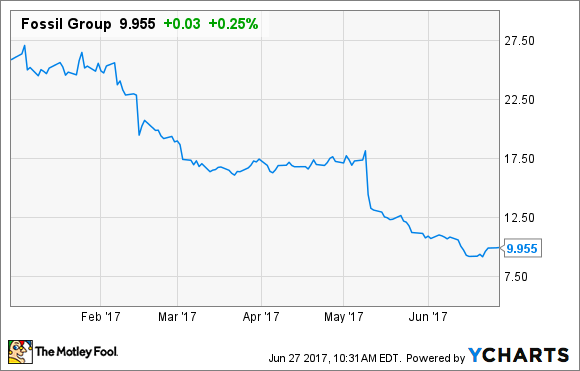 Sales declines are only half the Fossil story. Lenders are also squeezing the company, limiting its flexibility to enact a turnaround. To extend the deadline for repayment on its credit facility, Fossil agreed to an amendment that reduced total borrowing capacity with a covenant that restricts maximum leverage from more than 3 times its equity to just one times equity. That covenant may force Fossil to part with more cash to repay lenders if losses continue to pile up. On its most recent conference call, the company guided for earnings per share of $0.40 in the red to $0.30 in the black for the full year, a wide range that reflects the uncertainties surrounding the business.

Recent stock sales by Fossil CEO Kosta N. Kartsotis aren't helping the company's share price. The sales are rumored to be driven by a margin call on the CEO's portfolio. In February, the company allowed the CEO an exception to its policy that forbids insiders from pledging stock as collateral for a loan. This would be the second time margin calls got the best of Kartsotis, who sold more than a million shares of the company's stock in 2008 to fund his borrowings against his stock holdings. 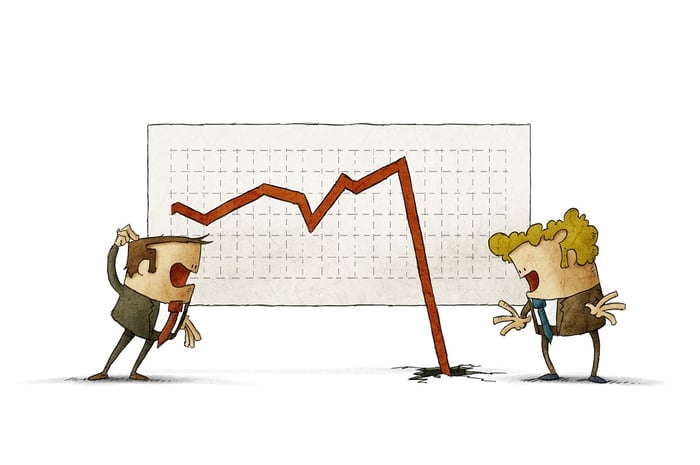 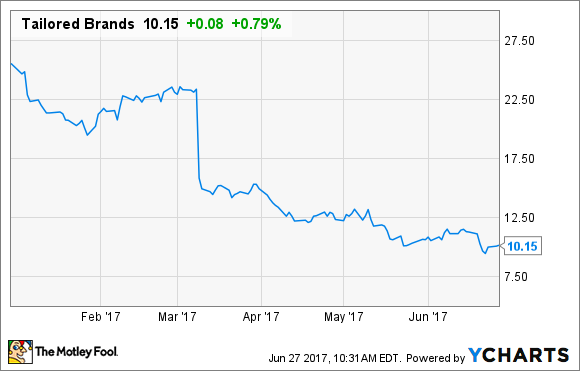 While Jos. A. Bank provides little value in the form of profit, it continues to bleed the company of cash thanks to substantial interest payments due on nearly $1.6 billion of long-term debt. In the first quarter, operating income of $31 million turned into just $6.2 million of earnings before taxes, weighed down by $25.6 million of interest expense.

Making good on its borrowings will prove difficult. Cash balances were minimal at $67 million as of the end of the first quarter. A vast majority of Tailored Brands' working capital is tied up in more than $980 million of inventory, which reflects the inherent difficulty of moving suits off store shelves. (Inventory sits for more than six months, on average, based on its first-quarter financials.)

On a recent conference call, management identified inventory reductions as a way to free up cash, but its billion-dollar borrowings come due quickly -- more than $1 billion of debt will mature in 2019. A second slug comes due in 2022.

Regulators and the "Rite" to merge

Investors have struggled to handicap the probability that the Federal Trade Commission will approve the deal, let alone how much Walgreens might pay for the struggling pharmacy chain. 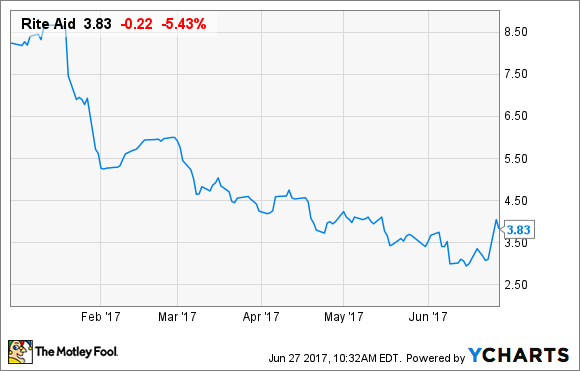 This has become one of the longest pending mergers on the market today. It all started in October 2015, when it was announced that Walgreens would acquire Rite Aid for as much as $9 per share in cash.

In January, the price was reduced to $6.50 to $7.00 per Rite Aid share, depending on the number of stores that Walgreens Boots Alliance agrees to "sell, transfer, dispose of, divest, or hold separate" so as to receive regulatory approval for the merger. If fewer than 1,000 stores are divested, Rite Aid shareholders will receive $7 per share. Consideration will decline to $6.50 per Rite Aid share if it divests more than 1,200 stores.

At a recent price of $3.80 per share, Rite Aid shares are priced as if the deal will almost certainly fall through. The Federal Trade Commission has until July 7 to decide on whether to allow the two pharmacy chains to merge. Based on the current price, investors seem to have little hope of a tie-up of two of the top three pharmacies.