The idea of a marriage between Gilead Sciences (NASDAQ:GILD) and Vertex Pharmaceuticals (NASDAQ:VRTX) has been repeatedly floated by analysts for the better part of the last two years. After all, a deal to buy Vertex would easily fall within Gilead's price range, and it likely would be accretive to earnings within two years. So it shouldn't come as a surprise that a handful of analysts revisited this idea yet again last week.

Still, while there's little doubt that Gilead needs to do something to compensate for its faltering hepatitis C franchise, a Vertex buyout doesn't appear to be a particularly compelling solution. Here are three key reasons why such a deal isn't in the best interests of either Gilead or its shareholders. 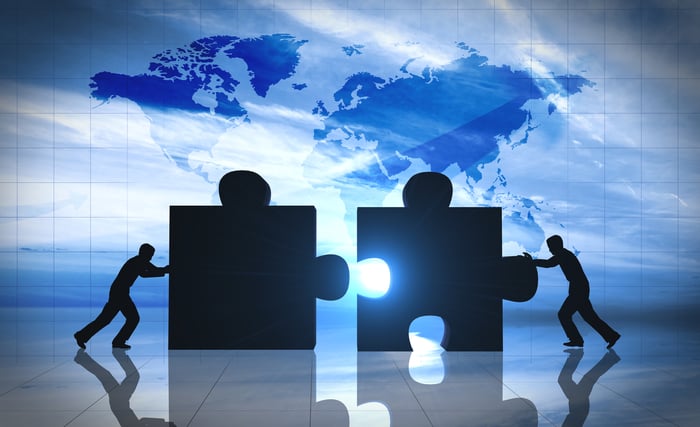 Reason No. 1: Vertex is overvalued

While it's fairly common for orphan drugmakers to sport sky-high premiums, Vertex arguably takes the cake with a forward price-to-earnings ratio of 41.3 and a price-to-sales ratio of 15.9. Putting these numbers into context, Vertex is markedly more expensive that either of its orphan drugmaker peers Alexion Pharmaceuticals or BioMarin on a price-to-sales ratio basis. Both of these companies also have far more diversified pipelines and comparable near-term growth prospects.

So if Gilead wanted to stray from its core strength in infectious diseases and wade into the realm of rare diseases, it could arguably do better than Vertex. Either Alexion and BioMarin, for instance, would likely produce more favorable returns on investment, and at a cheaper price to boot. Beyond that, analysts think that a Vertex buyout bid would come at an 80% premium relative to today's already-bloated share price. That's just not a good value for a potential suitor no matter how you slice it -- especially since there are better acquisition options in the rare disease space.

One of the most important questions in any potential merger or acquisition involves fit, and these two companies go together like oil and water. Gilead, at its heart, is an infectious disease specialist, though it has growing interests in inflammatory diseases and oncology. While it does have some irons in the fire for rare diseases -- including experimental cystic fibrosis drug candidate andecaliximab -- there's simply not enough overlap with Vertex's businesses to create any major value-creating synergies.

Vertex is a cystic fibrosis specialist. As such, the company's highly specialized sales force and R&D staff would largely need to be retained following a merger with the likes of Gilead -- which, after all, has zero experience when it comes to developing late-stage cystic fibrosis drugs or marketing them. That means Gilead wouldn't be able to institute any major cost-saving measures such as a workforce reduction by buying Vertex. And that's a huge minus in the growth-by-acquisition game.

Gilead's M&A history has been characterized by its ability to take promising early-stage candidates, shepherd them through the clinical trials process, and churn out blockbuster products. Vertex, by contrast, presently lacks any super-intriguing early-stage drug candidates that aren't already licensed out to other biopharmas. In fact, Vertex's pipeline doesn't have a single drug candidate among the top 20 most-valuable research projects, according to EvaluatePharma.

If Gilead is going to pay a monstrous premium -- and perhaps empty its coffers in the process -- to acquire a pricey target like Vertex, management ought to be seeing a fair amount of deep value in the form of multiple early-stage drug candidates with blockbuster potential. Vertex doesn't check that particular box, and it arguably pales in comparison on this critical factor compared to several of its large-cap pharma peers.

Wall Street is eager for Gilead to open up its massive war chest to buy revenue -- that much is clear. But a Vertex acquisition doesn't fit the biotech's past M&A behavior, nor does it meet management's stated valuation criteria for a largish acquisition. So, despite the allure of this idea to some analysts, this is one deal that Gilead almost certainly won't pursue. In fact, investors can probably bank on the biotech remaining cautious in its approach to M&A. Gilead, after all, still has a strong HIV franchise and its pipeline does have some noteworthy mid-stage assets that could revive its growth engine in a few years time.