Please ensure Javascript is enabled for purposes of website accessibility
Log In Help Join The Motley Fool
Free Article Join Over 1 Million Premium Members And Get More In-Depth Stock Guidance and Research
By Leo Sun - Jul 5, 2017 at 11:27AM

AT&T (T 1.84%) was an unimpressive investment over the past year, slumping 10% as the S&P 500 rose 8%. It delivered mixed numbers last quarter, with earnings matching estimates but revenue growth missing expectations by $1.2 billion. It added 2.7 million wireless subscribers, but lost about 350,000 subscribers in its postpaid market.

Analysts expect AT&T's revenue to dip 2% this year, but for its earnings (boosted by buybacks) to rise 2%. But AT&T doesn't plan for its business to stagnate. It already became the biggest pay TV provider in the U.S. after it bought DirecTV in 2015, and it plans to become one of the world's top media companies by buying Time Warner (TWX). Let's examine four ways AT&T plans to grow over the next few years. 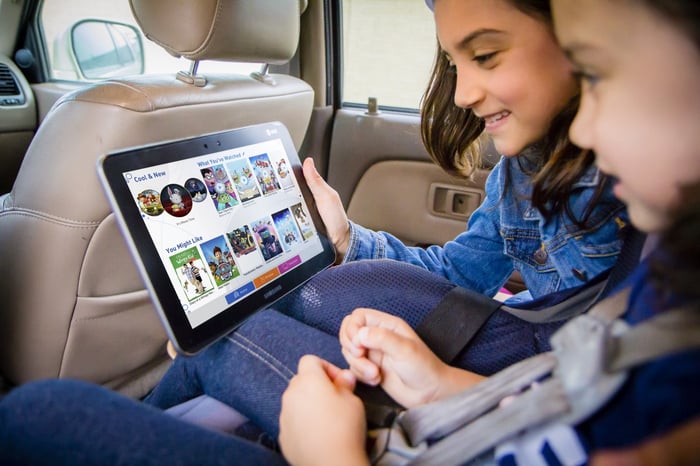 AT&T's proposed $85.4 billion takeover of Time Warner must clear some regulatory hurdles before it can be approved. But in April, the FCC made things much easier for AT&T by skipping a lengthy public-interest review.

The FCC also stated that as long as the merger didn't cover any FCC licenses, it didn't have "the legal authority" to review the transaction -- despite opposition from Senate Democrats and Mignon Clyburn, the only Democrat on the FCC. Simply put, Time Warner just needs to divest its FCC licenses -- like the one it recently sold for a TV station in Atlanta -- to gain the commission's approval.

The merger could still be blocked by the Department of Justice, but Trump's appointed DOJ antitrust chief, Makan Delrahim, previously stated that he didn't see the merger as "a major antitrust problem."

AT&T expects the Time Warner purchase to become accretive to its free cash flow and earnings within the first year. But more importantly, it could greatly expand AT&T's "sponsored data" bundles -- which offer data-free streaming content from AT&T, U-verse, its partners, and DirecTV for wireless customers. Adding Time Warner content (like HBO Now) to those bundles could threaten streaming leaders like Netflix. 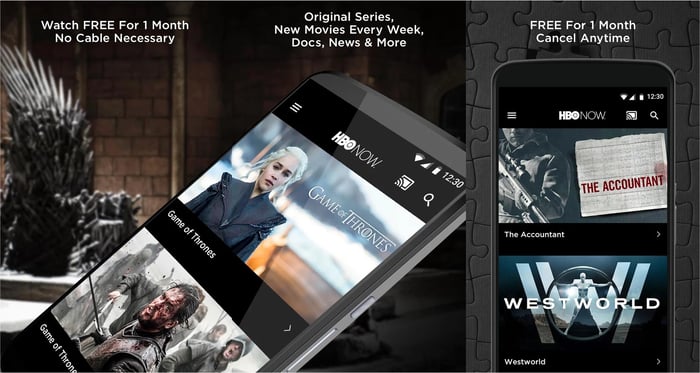 Doing this addresses AT&T's two biggest long-term challenges -- a gradual shift away from pay TV services toward streaming platforms, and the stagnating growth in postpaid wireless subscribers. By bundling data-free streaming options with its wireless plans, AT&T can lock in users while reducing the appeal of Netflix and other streaming platforms.

AT&T also needs to counter Verizon (VZ -2.17%), Sprint (S), and T-Mobile (TMUS 0.84%) in the ongoing price war over unlimited data plans. AT&T previously offered unlimited data plans as a bundled feature for DirecTV and U-verse subscribers, but it was forced to counter the other three carriers with a stand-alone unlimited plan in February.

AT&T's prices remain slightly higher than Verizon, Sprint, and T-Mobile's for most users. It's also the only carrier which doesn't offer Wi-Fi hotspot tethering with its plans. To expand its reach beyond smartphones, AT&T offers a value-added service for connecting devices like tablets, connected cars, wearables, and feature phones to the plan at lower prices.

AT&T has already lowered its prices since February, and it will likely need to keep cutting prices as the price war rages on. However, any market share gains would likely help it expand its digital ecosystem.

Diversifying away from U.S. postpaid smartphones is a central theme for AT&T's wireless business. That's why it bought prepaid wireless provider Cricket Wireless (part of Leap Wireless) in 2014, and why it's been expanding its wireless business in Mexico.

But it's not just about smartphones anymore. AT&T has been testing out autonomous drones for LTE networks with Intel and Qualcomm, and it plans to connect over 10 million of Ford's connected vehicles to the internet by 2020. All these moves should help AT&T continue to add wireless subscribers, even as its domestic postpaid business stagnates.

Many investors, including myself, own AT&T as an income play. It's a reliable dividend aristocrat which has hiked its payout annually for over three decades. But investors should also remember that this "new" AT&T isn't the same telecom giant which was forcibly broken up decades ago, and that it's still growing and evolving with new wireless, pay TV, and media acquisitions.