When it went public, Fitbit (NYSE:FIT) was the hottest name in activity trackers, a booming business at the time. But Fitbit's revenue has started to slip as competitors entered the market and Fitbit tries to adapt and expand its own business.

The worst indication of weakness in the past year is that Fitbit has reported $174 million in net losses, and there doesn't appear to be a return to strong profitability on the horizon. Here's why I think the worst is still to come. 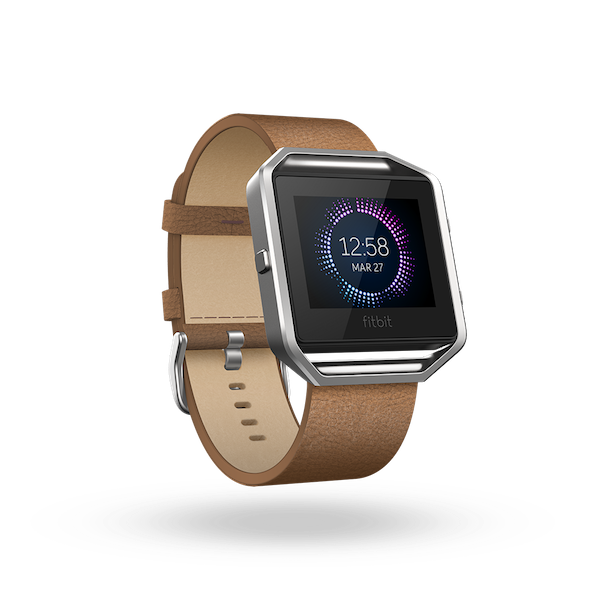 Fitbit is betting on smart watches, but it's an uphill battle against tech giants. Image source: Fitbit.

Fitbit started as an activity tracker, a market it defined early in its existence. But the company has been forced to move into more sophisticated devices like smartwatches and even a smart scale. The problem is, there are other companies who are more natural fits for these products.

If you want a smartwatch to pair with your Apple iPhone or Samsung smartphone, an Apple Watch or Gear S3 will offer more functionality than a Fitbit. A plethora of apps connect to these watches, and Samsung even offers a watch with LTE connectivity. Fitbit can't compete well with these integrated solutions.

If it looks to the rugged smartwatch market, Fitbit is faced with Garmin (NASDAQ:GRMN), the de facto standard for extreme athletes. As a triathlete, it's rare to see fellow competitors wearing anything but a Garmin watch. And it'll be difficult to enter an adjacent market like swimming or triathlons, because there are dedicated competitors who make niche products that already dominate that market.

A growing product lineup is a challenge

As Fitbit searches for new markets, it expands its own product line and the tooling and inventory necessary to build those products. And that expands operational risk.

Fourth-quarter 2016 results included $78 million in writedowns for tooling and inventory, $42 million for rebates and channel promotions to clear inventory, and $41 million return reserves for excess channel inventory. In other words, Fitbit built more inventory than people wanted and had to take a massive financial hit as a result. That's a natural risk in a product business, particularly one that's dependent on the holiday season for most of its sales. But it's a reason to be very worried about Fitbit's weak strategic position.

Why the worst is yet to come

When Fitbit was a hot product, it couldn't make activity trackers fast enough. But in 2017, the market has moved on to smarter devices that are either specialized for people's preferred activities or integrate into the technology ecosystem they use (Apple or Samsung). Fitbit will be facing an uphill battle against these competitors and takes on its own risks building inventory that may not sell, like what happened last year. I don't think these dynamics are getting any better, and even after dropping 57% in the past year, the worst may still be ahead for Fitbit.

Here's Why the Worst Is Yet to Come for Fitbit Inc. @themotleyfool #stocks $FIT $GRMN Next Article
Current