Please ensure Javascript is enabled for purposes of website accessibility
Log In Help Join The Motley Fool
Free Article Join Over 1 Million Premium Members And Get More In-Depth Stock Guidance and Research
By John Bromels - Jul 7, 2017 at 7:15AM

These big oil industry stocks have both been weathering a weak global energy market and an unfriendly stock market. But one is clearly the better buy.

Stop me if you've heard this one: An American company and a Dutch company walk into a weak oil market. The American sells off assets and cuts its dividend. Meanwhile, the Dutch company makes a huge acquisition and offers scrip.

And the punchline is... well, the punchline is that an oil recovery still hasn't arrived, so the joke's on us energy investors -- at least for now. But while we wait, let's look at the American company, ConocoPhillips (COP 3.44%) and the Dutch company, Royal Dutch Shell (RDS.A) (RDS.B) to see which one looks like the better buy right now. 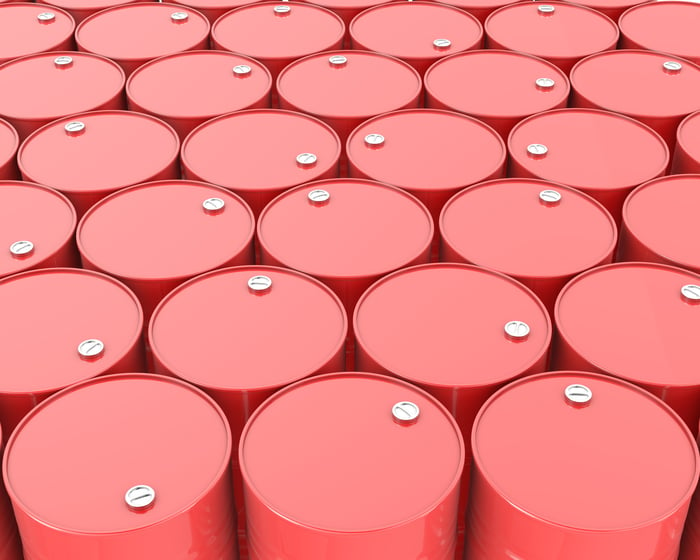 While you wait (and wait, and wait, and wait) for an oil price recovery that's been slow to arrive, you can take comfort in a dividend -- if the oil company you've invested in still pays one. Many smaller oil and gas companies -- particularly exploration and production companies -- have slashed their dividends since the oil price crash in 2014.

ConocoPhillips is no exception. The company's dividend had been creeping steadily upward since the 1980s, finally reaching $0.74 per share in 2015, for a yield of just under 7% at the time. But in 2016, the company realized -- wisely, in my opinion -- that such a hefty payout was unsustainable and cut the dividend by almost two-thirds, to just $0.25 per share. It has since raised the payout to $0.265 a share, but the yield of just over 2.3% is the lowest it's been in nearly 10 years.

Royal Dutch Shell, on the other hand, held its dividend steady at $0.94 a share, even as the stock price plummeted from more than $85 a share in 2014 to less than $40 a share in early 2016, which in turn pushed the yield to an eye-popping 10.2%. The stock price has since recovered, so the yield has settled down a bit. For the past year, British oil giant BP (BP 3.18%) and Shell have been duking it out for whose yield is the best in the industry; they're currently in a dead heat at 6.9% each.

But in this market, that kind of yield comes at a price: Shell has started a scrip dividend program, offering shareholders the option to receive their dividends in shares instead of cash, which helps the company preserve its cash flow. That might make investors raise an eyebrow, but the fact is, a yield is a yield, and even if Shell cut its yield in half, it would still be higher than Conoco's

I'm not talking stock performance, which for both Conoco and Shell -- as for most oil companies -- was terrible in 2014 and 2015, middling in 2016, and weak so far this year. But let's look at how they're performing in this "new normal" era of $50-per-barrel oil.

Conoco's first-quarter performance in 2017 wasn't great. The company posted an adjusted loss of $19 million. That's a big year-over-year improvement, considering it lost an adjusted $1.5 billion in the first quarter of 2016. But it's also disappointing, because Conoco and its analysts -- and, of course, its investors -- were hoping to finally see the company turn a profit. Instead, Conoco wasn't even cash flow positive, ending its first quarter with $501 million less than it started with.

Management has claimed that the company is cash flow neutral with oil prices between $45 and $50 per barrel. But oil prices for both Brent crude and WTI crude in the first quarter were above $50 per barrel, and the company still lost money. So, clearly, we aren't quite there yet.

Both companies have been busy making strategic decisions lately. Conoco has been very successful executing a new strategy to rid itself of underperforming assets -- including a major Canadian oil sands stake -- and to use the proceeds to pay down debt and buy back shares. Shell has also been selling off some of its assets, even as it digests its major recent purchase of BG Group.

But although these strategies seem to be working out for the companies now, we can compare how well their managements have been executing their strategies by comparing the companies' returns on the capital they employ. And since 2015, there's been no contest here.

Shell has been outperforming Conoco on all return metrics since 2015. It has had better returns on capital employed, as well as returns on invested capital and returns on equity. Even today, Shell's return metrics, measured on a trailing-12-month basis, are all positive, while Conoco's are all negative.

Comparing ConocoPhillips and Royal Dutch Shell is like comparing apples and oranges. Only in this case, the oranges are twice the size of the apples and fresh from the pasture to boot. That's not to say ConocoPhillips isn't a good investment -- in fact, it's been showing a lot of improvement recently and has a smart strategy in place. But Royal Dutch Shell is outperforming the smaller company on virtually every metric, so it takes the win easily.