The internet revolution connected billions of people to the web, and the Internet of Things (IoT) could have a similarly revolutionary effect by opening communication between devices and creating an explosion of data that is transforms industries ranging from manufacturing to advertising. For investors looking for high-flying growth, this tech wave presents a range of enticing prospects -- but because the IoT is still in its early phases and likely to go through some significant twists and turns, investing in established companies that have value appeal could be the smart way to play what some are calling "the next industrial revolution."

Qualcomm (NASDAQ:QCOM), International Business Machines (NYSE:IBM), and Cisco Systems (NASDAQ:CSCO) are three companies that trade at low earnings multiples, offer impressive dividend yields, and stand to play key roles in shaping the Internet of Things. Here's why each of these stocks is a promising way to invest in IoT momentum despite the challenges they face. 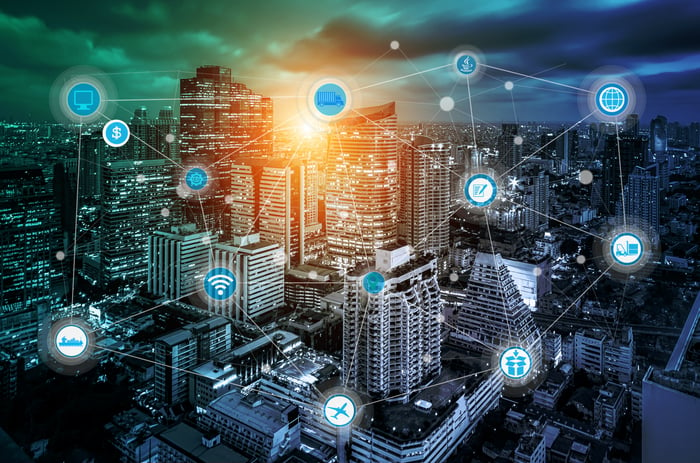 Qualcomm is under pressure due to a set of pending legal issues that includes an FTC antitrust suit and royalty disputes with Apple totaling claims of more than $1 billion. Its stock has lost roughly 15% year to date as these issues threaten its earnings and present potential long-term challenges for its business model. The chipmaker's stock now trades at roughly 13 times forward earnings estimates, which looks like an attractive entry point even in light of its legal troubles.

Qualcomm was one of the most influential players in the mobile revolution, collecting revenue on most cellphones and tablets sold by way of either having chips in the hardware or from licensing fees, and it's now in a position to play a big role in powering the Internet of Things. The company will likely be a leading supplier of mobile baseband chips (the hardware that mobile devices use for internet connectivity) for the next generation of devices that will connect through 5G network technology, which should boost sales volume and margins. 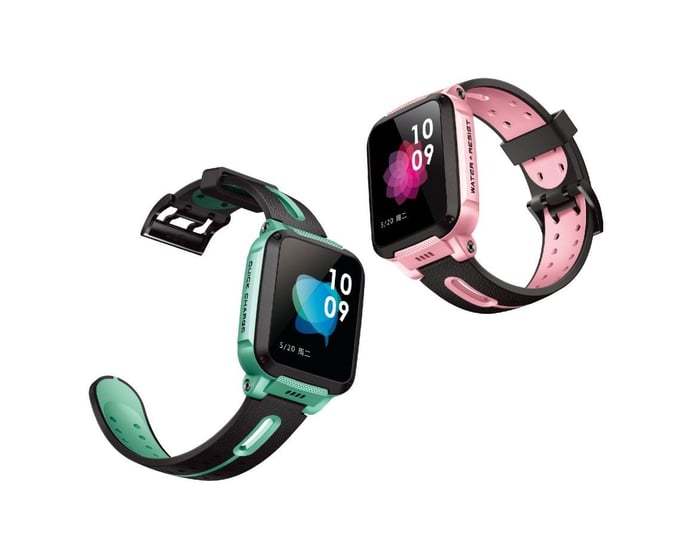 Qualcomm's expertise in high-performance, low-power-consumption processors will also likely give it an edge in IoT devices, including wearables, home appliances, mixed reality hardware, and drones. Connected cars present another big opportunity, with the company on track to become the leader in the space and expand its overall addressable market roughly 40% by 2020 if it closes its acquisition of NXP Semiconductors.

Looking at the income side of things, Qualcomm's dividend yields 4.1%, and the chip giant has boosted its dividend annually for 14 years running -- delivering an average annual payout increase of 17% over the last decade. With the company in acquisition mode, there's reason to think that it won't sustain that level of dividend growth. But it's already got a great yield, and its payout history suggests that investors can count on dividend increases going forward.

Declining sales for IBM's legacy hardware and software offerings have led to 20 consecutive quarters of falling revenues and a cautious outlook on the stock. Big Blue has shed roughly 11% of its value year to date and now trades at roughly 11 times forward earnings estimates. While demand for its servers and mainframes (and their associated service components) will almost certainly continue to fall over the long term due to virtualization, the company has comeback potential thanks to growth in its "strategic imperatives" businesses and looks like a stock that's worth owning for the long term.

IBM is going through a transformation that sees it refocusing its business on cloud, analytics, security, and mobile -- technologies that have broad IoT applications and are likely to see increased demand as the tech trend progresses. You might have seen or heard about the company's Watson supercomputer outcompeting human contestants on Jeopardy!, but its cognitive computing technology is much more than a game show contestant, and is strengthening its IoT and cloud services platforms and tying together many of its strategic imperatives initiatives.

Combined strategic imperatives businesses grew 12% year over year last quarter to account for roughly 43% of revenue, and big growth for the segment's cloud component (33% year over year) suggests an avenue back to sustained sales growth in the not-too-distant future.

Shifting to the dividend component, IBM has one of the best payout histories in the tech sector and boasts a 21-year track record of annual payout increases. A payout-to-trailing-free-cash-flow ratio of just 50% suggests that investors can continue to count on dividend increases down the line, and its current yield already sits at a chunky 3.9%.

Like IBM, Cisco is facing pressure amid softening demand for its legacy hardware offerings and is aiming to transition to a more software-centric business model. Its routing and switching sales are threatened by software-based alternatives and lower-priced hardware offerings from competitors, but the need for specialized IoT functionality could help the company stave off the threat of commoditization while it builds up its software competencies.

To its credit, the company is hardly resting on its laurels and is investing in its transformation through internal development and a big acquisitions push. 2016 saw Cisco purchase Internet of Things platform Jasper for $1.4 billion, a move that brought a leading connectivity and service management platform into its corporate fold. 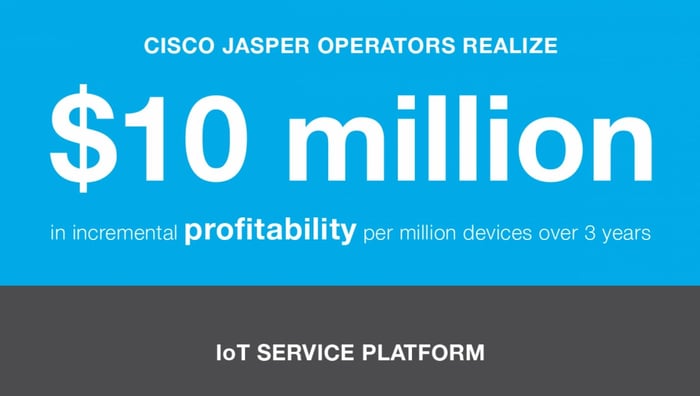 The networking giant has also spent more than $4.4 billion this year acquiring companies including AppDynamics, Viptela, and MindMeld in order to build its strength in fields like application management, artificial intelligence, and software-defined wide area networks and to aid its move to grow recurring-revenue streams.

Cisco is relatively new to the dividend game, having initiated its payout just six years ago, but it's delivered dividend growth in each of the years following its first payment at an average annual growth rate of roughly 30%. With the cost of distributing its current dividend representing just 46% of trailing free cash flow, it looks like Cisco still has the potential to deliver big dividend growth down the line. The company's stock currently yields roughly 3.7% and trades at roughly 13 times forward earnings estimates, a value profile that suggests the networking leader is a promising choice for investing in IoT.