Losing the unique value of a product can be devastating for a company. 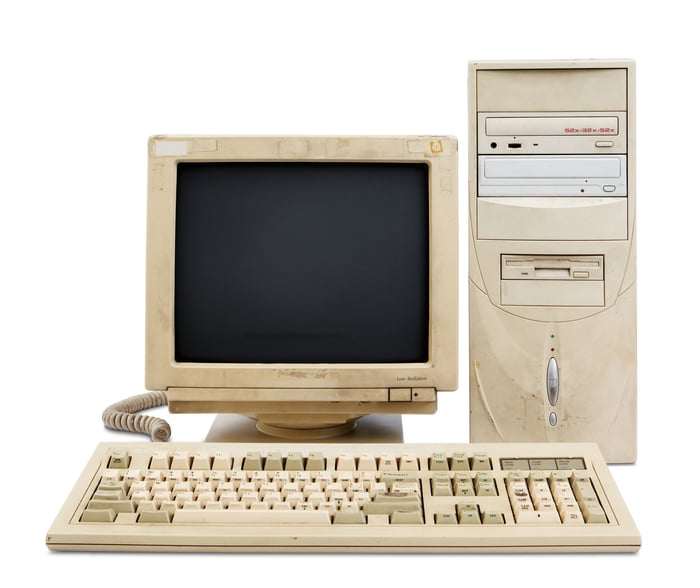 For many companies, the worst-case scenario is seeing a major product become commoditized. Commoditization is the process by which a unique proprietary product with distinct advantages over competing products becomes interchangeable with the products that rivals offer. Once this happens, the company's ability to command premium prices for its products disappears, and commodity-based pricing usually leads to much lower profit margins. It's important to know what it means when a good becomes commoditized so you can recognize commoditization when it happens to a company you're invested in.

An example of commoditization

One example of commoditization is the personal computer. When IBM first made the PC available, it became the giant of the industry and paved the way for one of the biggest technological revolutions of the 20th century. For a while, IBM PCs were the only choice that corporate customers had over mainframe computers and more complicated tech solutions. That gave the company a huge competitive advantage that it kept for years, and investors reaped the rewards of rising share prices.

Eventually, though, companies like Compaq found ways to duplicate the essential characteristics of the PC. That led to an increasing number of IBM PC-compatible computers, and suddenly customers could buy non-IBM machines that performed all the same tasks. Once that happened, it was only a matter of time before price-based competition led to a collapse in the prices of personal computers. IBM had to change gears completely in order to avoid falling stock prices. Now, many people pay almost no attention to the brand of computer they buy, so long as it will run the software they need.

How companies can de-commoditize their businesses

By contrast, some of the most successful companies in the market have managed to take what appears to be a commodity and turned it into a premium product. Coffeehouses have used their brand power to take a nearly ubiquitous beverage and build customer loyalty for their particular versions of coffee drinks. Athletic shoes command much higher prices when they carry a certain company's logo, even though they might not have major fundamental differences compared to similar off-brand shoes.

The key to avoiding commoditization is to convince customers that the product has fundamental advantages over competitors' offerings. In some cases, quality will be the determining factor. In others, building a brand that carries a positive reputation can be the key. In any case, de-commoditizing what seems to be a commodity can be a huge win for companies.

Dealing with commoditization is a huge challenge for some companies. If a business can avoid letting its services become commodities, then it will have much stronger bargaining power with its customers and often be able to command much larger profits for the long haul.