Please ensure Javascript is enabled for purposes of website accessibility
Log In Help Join The Motley Fool
Free Article Join Over 1 Million Premium Members And Get More In-Depth Stock Guidance and Research
By John Rosevear - Jul 18, 2017 at 6:00AM

These historic model names could reappear at a dealer near you. Enthusiasts cheered when the Dodge Challenger name was revived in 2006 for a show car in the spirit of the original -- and again when the Challenger went into production a couple years later. Not all model name revivals are as successful. Image source: Fiat Chrysler Automobiles.

It's always interesting when an automaker decides to revive an old model name. Sometimes, the new version is in the spirit of the original, and it becomes a home run with fans of the classic: Fiat Chrysler Automobiles' (FCAU) Dodge Challenger is a great example.

Of course, it's not always that exciting. Sometimes, the classic name is revived to give a new model some brand recognition -- but that new model might not bear much resemblance to the classics that wore the same nameplate

Either way, it's worth a look anytime an automaker decides to bring back a classic model name. Here are five classic names that could be revived over the next few years -- a few that we're pretty sure of and a couple that could be in the works. 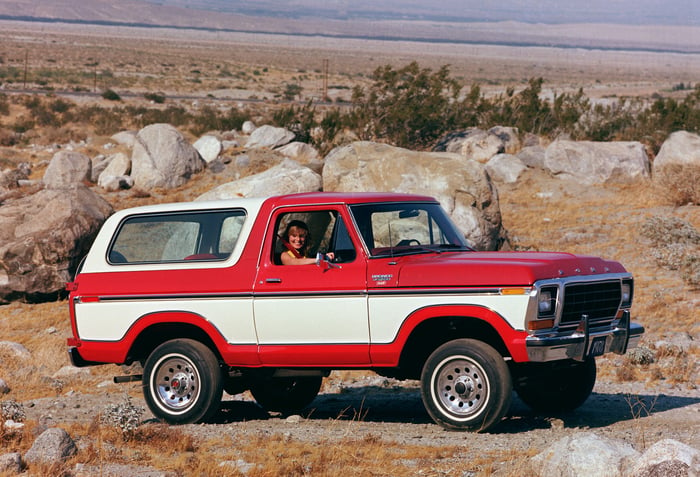 Ford says that an all-new version of its brawny Bronco SUV is in the works. Image source: Ford Motor Company.

This one we know for sure: Not only has the company announced it, but I've heard some details firsthand from senior Ford Motor Company (F 2.21%) executives.

The original Ford Bronco was a two-door SUV intended to compete with the forerunners to FCA's Jeep Wrangler. Ford says the new one will be very much in the spirit of the original, a brawny off-roader that shares underpinnings with the upcoming new Ford Ranger pickup. (It may not be a two-door, however.)

The all-new Bronco will probably appear late in 2019 as a 2020 model. It'll be built alongside the new Ranger at Ford's Michigan Assembly Plant near Detroit. 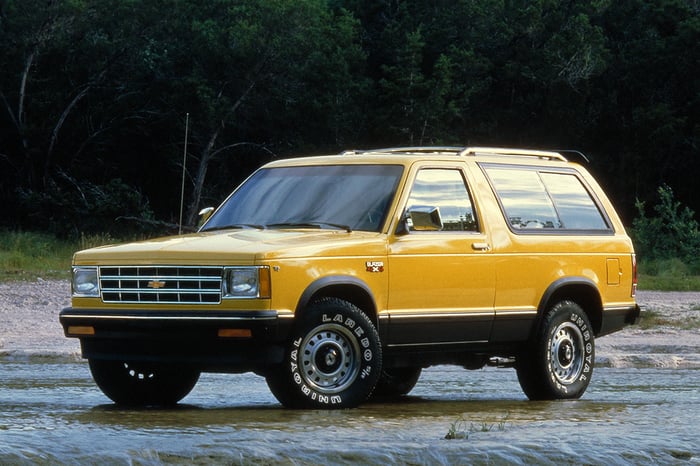 The original Chevy Blazer was a direct competitor to the Bronco. A new Blazer may be in the works, but it'll be different. Image source: General Motors.

The original Blazer was very much in the same vein as Ford's Bronco, a two-door 4x4 aimed in Jeep's general neighborhood. Don't expect the new one to be quite the same: Like Ford's Explorer, the new Chevy Blazer will probably be more of a civilized family hauler. Enthusiasts might be disappointed, but I bet sales will be brisk. 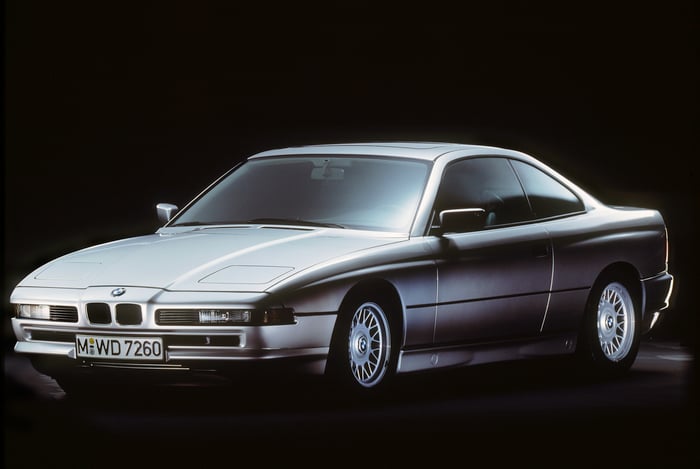 The original BMW 8 Series is already a much-loved classic. A new one is on the way. Image source: BMW AG.

BMW's (BAMXF -2.13%) original 8 Series, built in the early 1990s, has been a collector's favorite almost from the moment it was discontinued. It was a powerful, luxurious coupe with classic, beautiful styling -- and BMW is saying that an all-new version is in the works. Here's a preview.

BMW showed this "concept" version of the upcoming all-new 8 Series in May. Image source: BMW AG.

We don't know much about the new 8 Series yet. We do know that BMW will reveal a production version sometime in the next year or so, and we also know that BMW is already working on a high-performance "M8" version of its new coupe. Expect pricing to start north of $80,000. 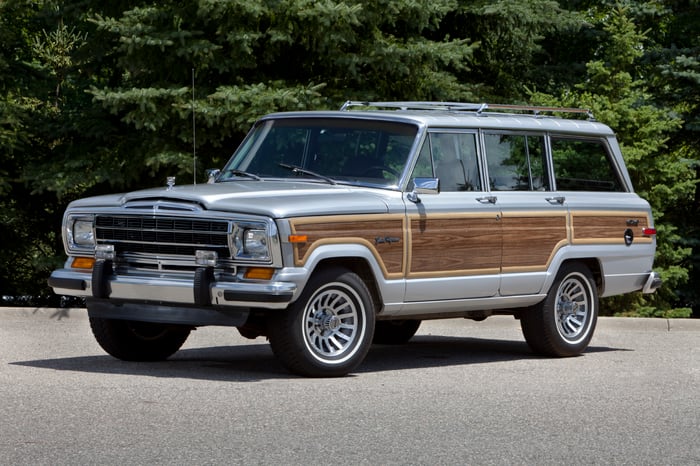 Original Jeep Grand Wagoneers in good condition command big prices: They're popular with the preppy East Coast summer-house crowd. It's common to see nice originals or even restored versions up and running in places like the Hamptons and Nantucket.

That fact hasn't escaped the notice of Mike Manley, the FCA executive in charge of the Jeep brand. He sees room for a couple of upscale Jeep models above the current flagship, the Grand Cherokee. They're in development now, and they'll revive the classic Wagoneer name.

I say "they" because there will be two new upscale Jeep models, a Wagoneer and a Grand Wagoneer. They'll likely be big body-on-frame SUVs that use some underpinnings from the upcoming all-new Ram pickup. Expect them to be added to Jeep's lineup in 2019 or 2020. Jeep hasn't yet said if wood cladding will be optional. 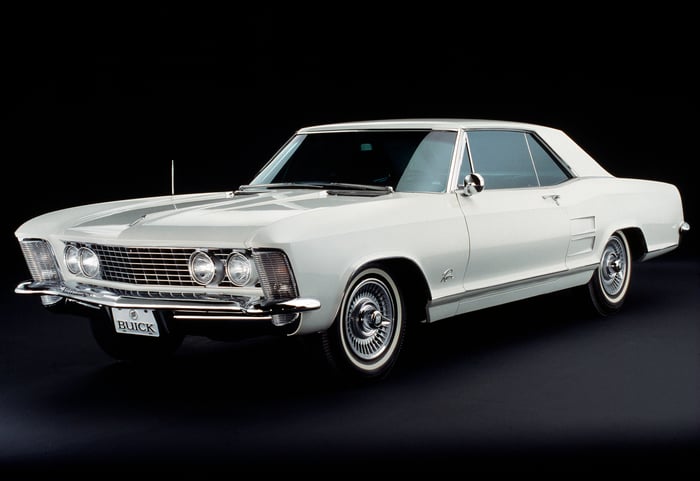 The original Buick Riviera has become a design icon. Could GM revive the name and look for a new model? Image source: General Motors.

This one is more speculative. The original Buick Riviera, introduced in 1963, was an attractive upscale coupe, one that has since become a design icon (and a collector's item). GM hasn't said anything about reviving the "Riv" recently, but it has riffed on the classic Riveria's styling in show cars over the years, including one shown in China in 2013. 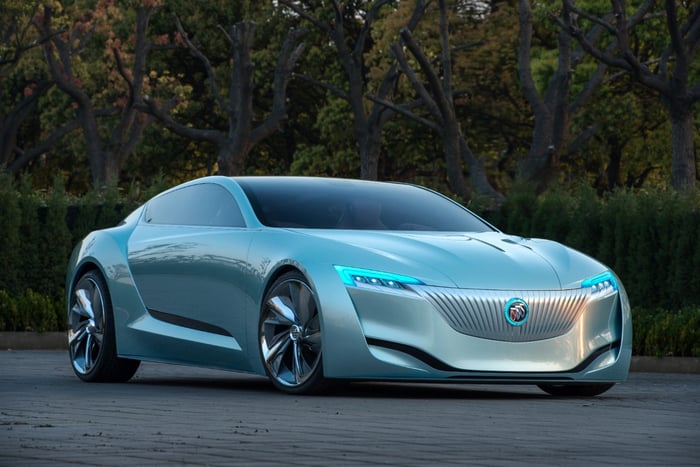 So why do I think GM could revive the Riviera soon? First, Buick is a huge-selling brand in China, and Buick could use a "halo" model, a dramatically styled vehicle that draws lots of attention. (That might work well for Buick in the U.S., too.)

Second, it's not much of a secret that GM has more electric vehicles in development. I think that at least one of those vehicles is likely to be a sleekly styled sports model that will more directly challenge Tesla (TSLA 4.67%) than the little Chevrolet Bolt EV does now. And I won't be surprised if GM makes it a Buick to boost the brand's image both here and in China, where the government wants to see automakers building more electric vehicles.

Could that sleek new electric Buick be a super-modern take on the Riviera -- something that connects GM's past to its future? We'll find out.