Start your engines! Ford Motor Company (NYSE:F) is gearing up to report its second-quarter earnings results on Thursday, July 26. Here's a look at what to expect.

Analysts polled by Thomson Reuters expect Ford to report earnings of $0.44 per share for the second quarter, on average, on revenue of $37.01 billion. Both are lower than the $0.52 per share (excluding special items) profit on $39.5 billion in revenue that Ford reported in the second quarter of 2016.

Ford hasn't given specific earnings guidance for the second quarter. But it did tell us that it expects its adjusted pre-tax income to come in at about $9 billion for the full year. That's down about $1.4 billion from the $10.4 billion it earned on the same basis in 2016.

Ford's first-quarter result was down $1.6 billion from the first quarter of 2016, on recall costs and a jump in future-product spending. As CFO Bob Shanks pointed out at the time, that's greater than the anticipated full-year drop in adjusted pre-tax income. 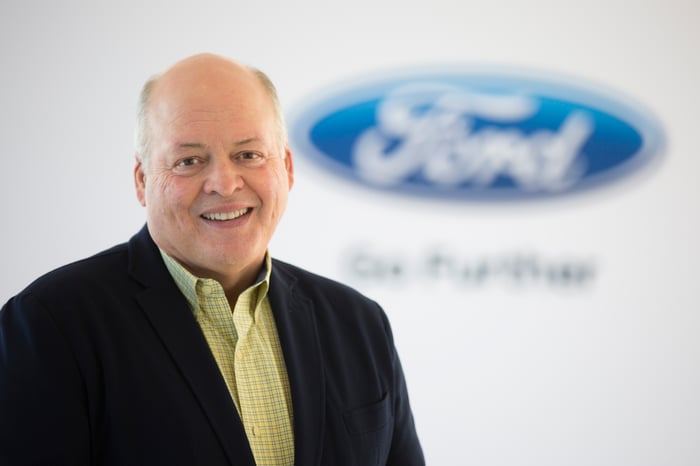 Ford got a new CEO during the second quarter: Jim Hackett, who has promised a faster tempo and decisive actions to boost profitability. Image source: Ford Motor Company.

A new CEO and an executive-suite overhaul

Ford's executive suite went through a series of seismic changes in May. First, Ford's board of directors ushered CEO Mark Fields into retirement and anointed Jim Hackett to replace him. Hackett, who as CEO of Steelcase had masterminded a turnaround and high-tech reinvention of that company, had been a member of Ford's board when he was appointed in March of 2016 to run its portfolio of future-technology businesses.

Shortly after Hackett's promotion, Ford announced a sweeping overhaul of its senior management structure. Several well-regarded Ford veterans were given new portfolios in what was presented as a streamlining of the Blue Oval's senior ranks to speed decision-making.

Hackett said that he will work to sharpen Ford's operational execution, "decisively" address parts of the business that are underperforming, take other steps to speed decision-making, and ensure that the company has the right culture and talent to succeed as technology transforms the auto business.

(If that sounds to you a lot like what Mary Barra has been doing as CEO of General Motors (NYSE:GM), you're not alone. I think Ford's board might have felt, with some justification, that their old crosstown rival was moving more quickly and decisively than Ford had been under Fields.)

What does all of that mean for Ford's second-quarter earnings? Probably not a lot in terms of the top- and bottom-line numbers. But it'll be our first opportunity to hear from Hackett since he took over as CEO, and I expect him to share more details of his vision and plan for Ford. 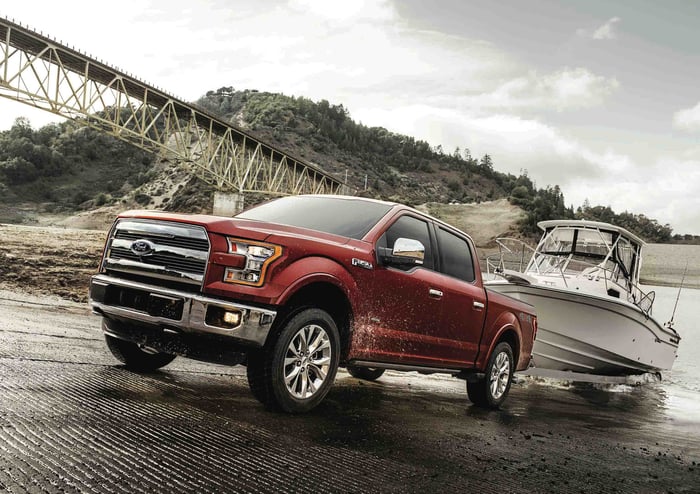 How Ford's businesses fared in the second quarter

Sales trends at Ford's major regional business units can help us see how Ford might have performed financially. Here are the key data points:

How will all that translate to Ford's bottom line?

My guess is that those sales results will lead to slightly stronger profits in North America versus a year ago, largely offset by somewhat lower results in Ford's Europe and Asia Pacific regions. In other words: a wash.

Absent any surprises, I expect Ford's second-quarter result to come in close to, if a bit below, the $0.52 per share it earned in the second quarter of 2016.