Turns out, both of my kids have a 48-bagger investment in Netflix (NASDAQ:NFLX), which they bought on June 8, 2007, as shown in the chart below, which was created before this week's earnings report. My kids were just 8 and 10 years old at the time, and Netflix was a subscription DVD-by-mail company that had just started to stream movies online. 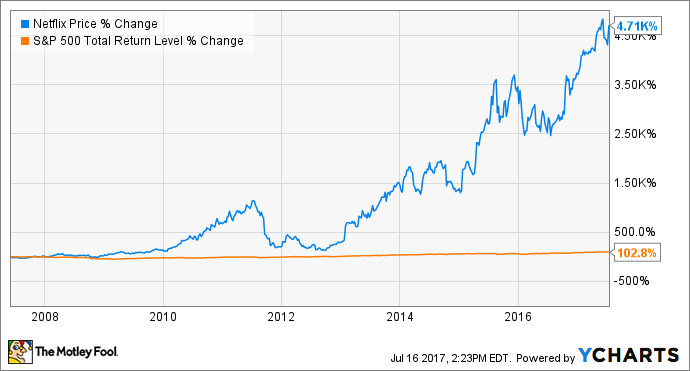 You might be surprised to find out they achieved this impressive investing milestone by being lazy. Laziness caused them to invest in Netflix in the first place, then the additional effort of checking up on their stock portfolio performance and selling the stock was too much effort, so they just didn't do it. Let's see what we can learn from my kids and how to apply these lessons to our own investing habits.

Even a child can do it

At a young age, my kids figured out how to add movies to the family Netflix queue. I first realized this when I opened a red envelope expecting the next season of The Sopranos and a Pokemon movie was inside instead. While I was disappointed, it was hard to be mad at my kids, who had made a classic consumer choice of convenience. 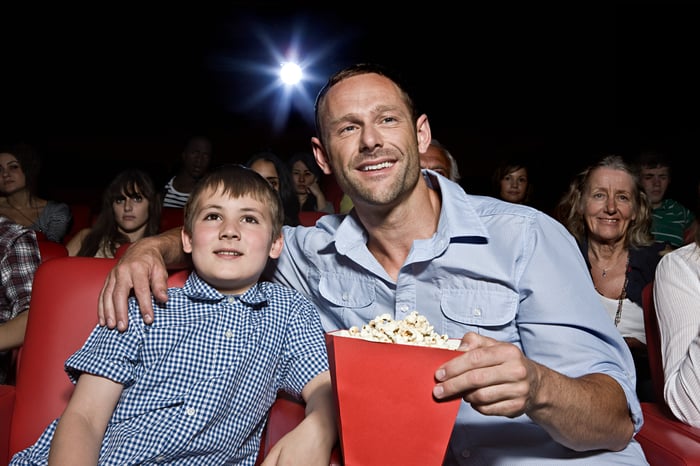 Getting movies the non-Netflix way was not easy or fun. Since they weren't old enough to drive, they had to convince their parents to take them to the video store, which was hard enough in the first place. Once the trip to the video store was agreed to, it was likely to be paired with a visit to the grocery store or some other errand that would take them out of the house for much longer than desired.

Once at the video store, there's a chance that the movie they wanted would be hard to find or maybe not even available. Once the video was rented, the trip home would seem to take forever. For my kids, the alternative was much easier: Take a few minutes to add the movie to the Netflix queue and go back to whatever they were doing.

I had been putting aside money in the kids' UTMA accounts to fund an annual purchase of stock for them and Netflix was one of the seven stocks the kids picked that year. Their reason for buying Netflix stock was simply that the service the company provided made their lives easier. That made sense to me. I also like to invest in companies that make things easier for me and save me time.

In addition to Netflix, Alphabet, Amazon, and Apple immediately come to mind as companies focused on reducing the effort it takes me to get through my day. These companies have been great multibagger, market-trouncing investments over the last 10 years. 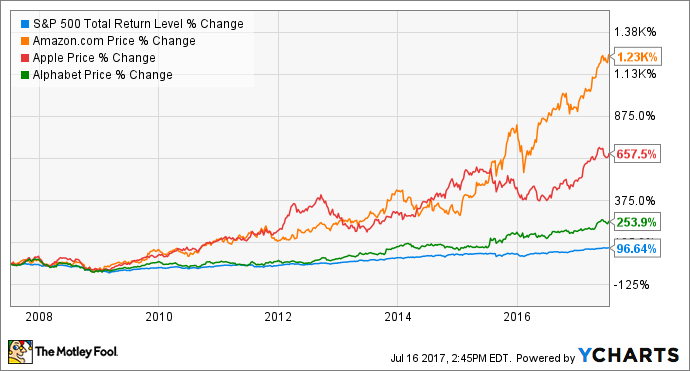 Too lazy to look at their portfolio

While the first step to getting a multibagger is buying a great company, the next step is holding for the long term. This is where my kids' laziness really paid off.

How often do you look at your stock portfolio? Weekly? Daily? More than once per day? For me, it's multiple times in a day. I know I shouldn't, but I do it anyway. My kids are a whole different story. They hardly ever looked at their portfolio (and they still don't). Between schoolwork, sports, video games, and friends, it seems there was never time when they wanted to see how their stocks were doing.

I "forced" my kids to look at their portfolio once a year in the summer, when it was time to pick new stocks to buy. I would print out their portfolio results, but they really didn't spend a lot of time analyzing, celebrating, or commiserating over individual stock performance. It just didn't interest them. Perhaps they were being lazy. Adults without the luxury of so much time ahead of them might be less blase about their stocks, but they can still learn a lesson from my kids.

If you don't look at your portfolio very often, it helps you resist the urge to "do something" and that can boost your returns over the long term. The Motley Fool's Tim Hanson has written an excellent article on action bias and how our actions can often lead to suboptimal outcomes. In the article, Tim noted a story that Fidelity concluded its best-performing accounts were ones where the owners had forgotten about the accounts or the owner had died. My kids essentially modeled that behavior. They weren't racking up trading fees or tax consequences; they weren't selling winners.

Too lazy to sell

If my kids ever wanted to sell a stock, I would ask them to spend time discussing with me why they wanted to sell and have them pick another stock that they thought would perform better over the long term. This discussion was enough to turn the kids off from ever selling.

A best practice for us adults is to keep an investing journal where we write down why we are making stock sells or buys and document our feelings at the time. This might be enough to help us think through our investment and back away from an emotional reaction to sell based on a short-term market move.

A Foolish investor buys great companies with money they don't need for the next three to five years, and holds the stock for the long term. It's a simple recipe for investing success -- even my lazy kids can do it and in the case of Netflix, the result was a success!