Fresh off the reveal of its EPYC server processors, Advanced Micro Devices (NASDAQ:AMD) will be under the microscope on July 25 when it reports its second-quarter results. It will take time for EPYC to gain traction, so investors probably won't have a good sense of its success until sometime next year. The main driver of AMD's second-quarter will be Ryzen, the company's PC CPUs that began trickling out in March.

AMD's second-quarter revenue will feature a full quarter of high-end Ryzen 7 sales and nearly a full quarter of mainstream Ryzen 5 sales. AMD is gaining some market share with its new chips, although it's unclear exactly how much. While Ryzen makes the company competitive again, the damage to the brand that years of falling well short of Intel has caused won't be reversed overnight. 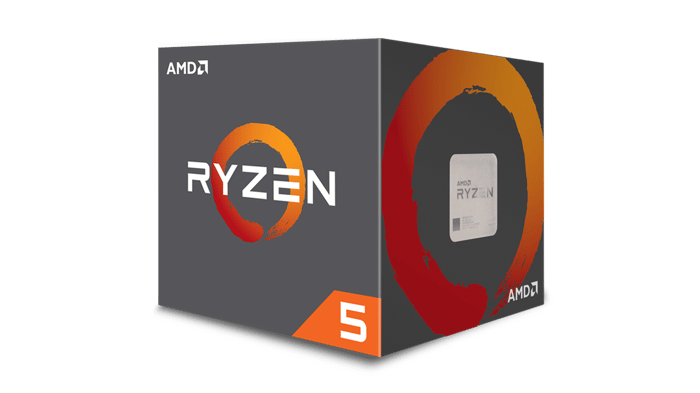 Analysts are expecting AMD's second-quarter revenue to grow by 12.5% year over year on average to $1.16 billion, close to AMD's own guidance calling for a 12% increase. Shares of AMD slumped following its first-quarter report, in part because this guidance seemed pessimistic given the new products that were being launched.

Analysts see non-GAAP EPS coming in at break-even, an improvement from the $0.05 loss posted during the prior-year period. AMD expects its non-GAAP gross margin to be just 33%, down from 34% during the first quarter, driven by a mix shift toward semi-custom chip sales. For the full-year, analysts expect AMD to report non-GAAP EPS of $0.07, in-line with the company's expectations to turn a non-GAAP profit this year.

AMD expects to report low double-digit revenue growth in 2017, which suggests that the company doesn't expect significant market share gains to happen quickly. EPYC likely won't make much of an impact until next year, and the company has yet to launch gaming variants of its high-end Vega GPU. Ryzen will need to lead the way.

Can the stock go higher?

Shares of AMD are up nearly 650% since bottoming out early last year, driven mostly by optimism surrounding AMD's new products. The stock tumbled in May when the company last reported earnings, thanks to its guidance falling short of the expectations placed on the stock. Another case of weak guidance could send the stock tumbling anew.

AMD laid out some long-term targets during its Analyst Day event two months ago. The company expects to produce non-GAAP EPS of at least $0.75 by 2020, with non-GAAP gross margin reaching 40% thanks to a focus on premium products. AMD investors buying the stock today, for a price around $13.50 per share, are paying 18 times what AMD hopes to earn three years from now, excluding some costs like stock-based compensation.

AMD is going to need to hit those targets just to justify the current stock price. For further gains to make any sense, AMD will need to exceed those targets. That's certainly possible, especially with Intel seemingly caught off guard by the company's resurgence and facing significant execution issues. But a word of warning: That EPS target represents non-GAAP net income of about $700 million based on today's share count, substantially more than the company has produced in recent history. 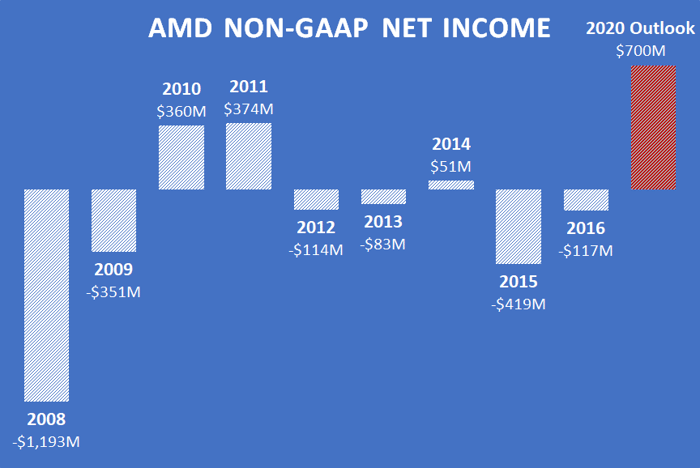 In other words, AMD needs to set records in order to justify the current share price. Ryzen, Vega, and EYPC will need to be home runs, and AMD will likely need to get its semi-custom chips into the next generation of game consoles as well. That's an awful lot of optimism placed on a company with a spotty track record.

Investors will get the first good look at how Ryzen is selling on July 25. If AMD's results and guidance don't impress, watch out below.