The aptly named Grupo Aeroportuario del Sureste SAB CV (NYSE:ASR), or ASUR, which is the major operator of airports in southeastern Mexico, is in the process of spreading its wings further across Latin America. That's after the company announced in April a deal to buy a controlling interest in two Colombian airport groups, and increase its ownership interest in Puerto Rico's San Juan Airport from 50% to 60%. With the San Juan deal closing during the second quarter, the company is now consolidating its financials, which helped provide an additional lift to ASUR's Q2 results. 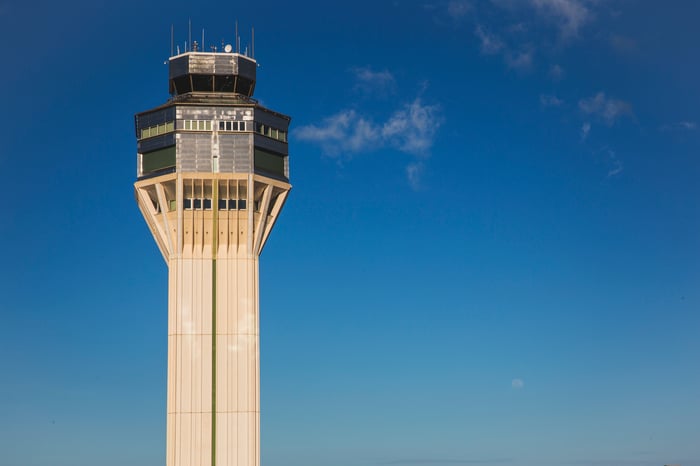 Cancun International, the second-busiest airport in Mexico by passenger traffic, continues to shine:

For years, the primary driver of ASUR's growth has been rising passenger traffic at Cancun. While that airport will remain an important growth driver for the company, especially since it expects to complete construction on Terminal 4 by the end of the year, it's making inroads elsewhere in Latin America. It now owns a larger stake in San Juan, enabling it to consolidate those financials and take more control over operations. In addition, it's working to acquire a controlling interest in two airport operators in Colombia. These deals will significantly increase the company's overall passenger traffic: San Juan handles about 9 million passengers per year while the dozen Colombian airport concessions it's acquiring will add another 15 million passengers. Further, the transactions will provide both an initial boost to profitability and a runway for future growth, as the company participates in the upside from increasing traffic, and takes advantage of the margin expansion opportunities available from adding new services that boost revenue per passenger.