The S&P 500 Dividend Aristocrats index is made up of the 51 S&P 500 components that have increased their dividends for at least 25 consecutive years, which makes them excellent investments for people looking for stable income and growth. Here are three Dividend Aristocrats that trade for significantly cheaper valuations than the S&P 500's price-to-earnings average of 25.9 that may be worth a look right now.

Telecom giant AT&T is one of my all-around favorite stocks for income investors, thanks to its reliable 5.4% dividend and its utility-like predictable cash flow. This is more than twice the S&P 500 average dividend stock's payout, and the 32-year history of increases is extremely impressive. 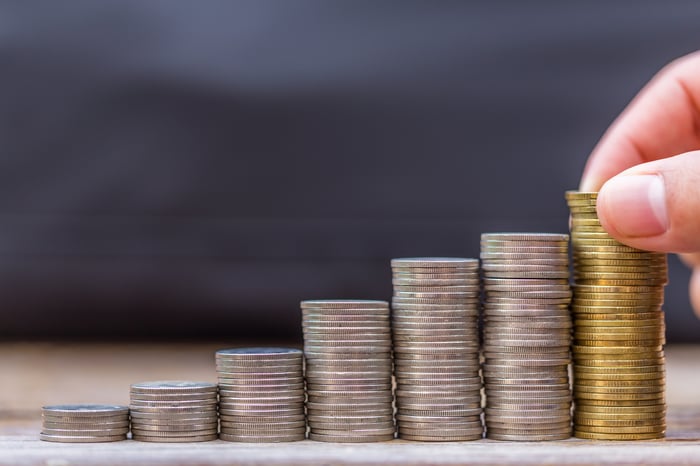 However, before you start thinking that AT&T is just a boring utility, think again. There may be more potential for growth than you're giving the company credit for. The company's pending acquisition of Time Warner as well as its completed acquisition of DirecTV give it a major competitive advantage in terms of content. In fact, AT&T is now the largest pay TV provider in the U.S., and expects the Time Warner acquisition to add to its free cash flow and earnings right away, as my colleague Leo Sun recently pointed out.

In a nutshell, AT&T is an extremely reliable high-income stock that also has attractive growth potential, given its recent moves.

Although it's not the highest-paying Dividend Aristocrat discussed here, there are plenty of reasons to like mutual fund giant T. Rowe Price.

For starters, the company has an excellent assortment of products, with 84%, 80%, and 86% of the company's funds beating their three-, five-, and 10-year Lipper averages, respectively.

T. Rowe Price has $904 billion in assets under management, as of the midway point of 2017, which has increased by more than 18% over the past year and a half alone, which gives it the potential to generate higher fee income going forward. In addition, the company plans to introduce new funds in 2017, such as its recently launched U.S. High Yield Fixed Income Fund, and is developing other future product offerings as well. Furthermore, T. Rowe Price is an extremely strong company financially, with more than $3 billion in cash and no debt.

As far as the dividend goes, don't get too caught up in the relatively low yield. T. Rowe Price also returns capital to its shareholders through an aggressive buyback program -- it repurchased 4% of its outstanding shares in 2016 alone, and also has been known to pay special dividends when warranted.

A beaten-down retailer that could stand the test of time

Lastly, I think beaten-down retailer Target, which pays nearly 5% and has increased its dividend for nearly half a century, is worth a look. The stock has performed terribly, and is currently hovering just above its 52-week low. 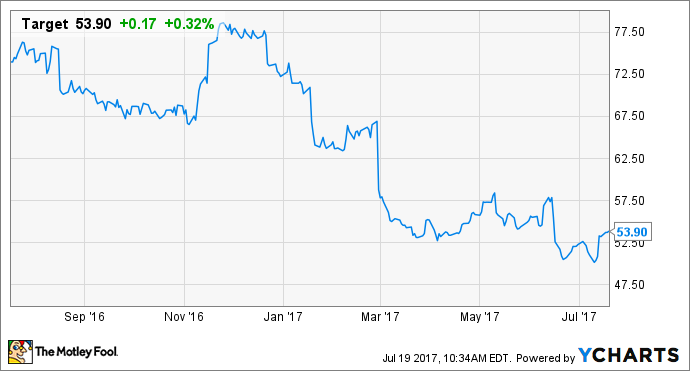 To be clear, Target is facing several challenges and is cheap for a reason. For one thing, investors are concerned about the effect Amazon's acquisition of Whole Foods will have on any business that sells groceries. It has been forced to compete more aggressively with competitors' prices, which has resulted in margin compression.

However, Target is taking steps to adapt to the new retail environment and create new advantages. For example, it recently opened locations in New York City and is experimenting with same-day delivery, and plans to continue to grow its smaller stores by nearly 100 over the next couple of years, targeting densely populated areas.

The company is also investing in its digital platform, and reported a 22% increase in digital sales in its May 2017 earnings release. And in the most recent development, it has begun testing a curbside pickup program. Finally, it is planning to launch a dozen new exclusive brands in the coming years.

Target is the riskiest of the three stocks I've discussed here, but at less than 11 times earnings, I believe the reward potential greatly outweighs the risk at this point.