Please ensure Javascript is enabled for purposes of website accessibility
Log In Help Join The Motley Fool
Free Article Join Over 1 Million Premium Members And Get More In-Depth Stock Guidance and Research
By Ashraf Eassa - Jul 29, 2017 at 7:45AM

On July 26, Samsung Electronics (NASDAQOTH: SSNLF) reported its full financial results for the quarter after preannouncing that the results would be solid.. 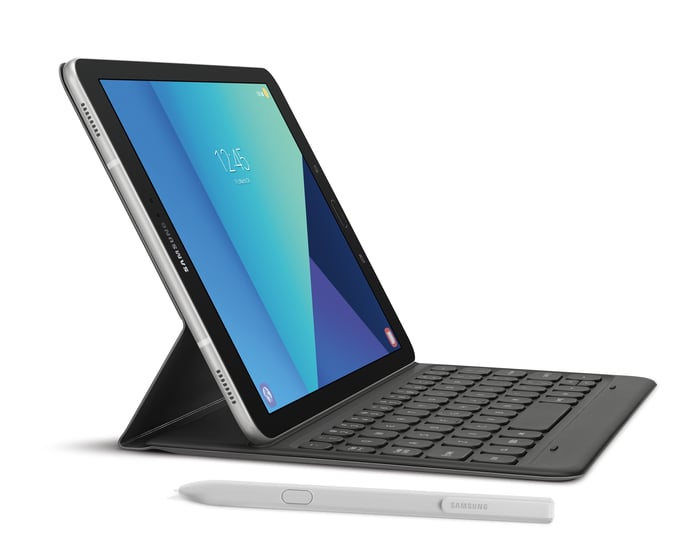 This was an extremely good quarter for the company. Let's take a closer look at what drove these phenomenal results.

Memory biz was the star of the show

Samsung said its semiconductor business, which consists of logic chips as well as memory products such as NAND flash and DRAM, saw revenue grow 46%, from about $10.78 billion to $15.79 billion year over year. The memory business in particular grew from $7.57 billion to $12.5 billion, and the non-memory portion of the semiconductor segment inched up from $3.2 billion to $3.3 billion.

In other words, Samsung's memory business stole the show within its broader semiconductor operations last quarter. Its non-memory semiconductor business was a yawner.

A mixed bag with mobile

Another area of focus among those who follow Samsung is the mobile-devices business, particularly as the company ships more smartphones per year than does any other vendor. Revenue in this segment grew 11% year over year, from $23.42 billion in the year prior to $26 billion in its most recent quarter.

Profitability wasn't as nice as the revenue picture, though. Operating profit in the combined "IT and mobile communications" business, which sees 96.4% of its revenue coming from sales of mobile devices, dropped modestly, from $3.88 billion last year to $3.65 billion.

Another highlight from the report was the performance of Samsung's display-panel business. Revenue here grew 20% year over year, and operating profit surged from just $126 million $1.53 billion.

Given that Samsung seems to have a near-monopoly on OLED-based displays for smartphones and isn't likely to see that dominance seriously challenged for the next year or so, I'd expect the good times to continue to roll here as well.

Revenue in the consumer-electronics business dropped 1% year over year. Operating profit came down quite a bit, contracting from $898 million in the year prior to just $288 million.

Samsung said that although its TV business, a significant portion of its consumer electronics business, saw "expanded sales of premium products such as QLED TV," the segment suffered a big drop because of "increased panel [average selling prices] and shipment declines."

Meanwhile, the digital-appliances business, the non-TV portion of Samsung's consumer--electronics business, saw increased revenue "driven by strong sales of seasonal products, such as wind-free air conditioners," but its profitability plunged because of "increased material costs and investment in [business-to-business] business."