It's been a tough run for owners of fitness tracker maker Fitbit (NYSE:FIT). A trend of slowing device sales turned to declining sales in the last year, and the stock has suffered. There are glimmers of hope, though, as the second quarter report due out on Aug. 2 looms. 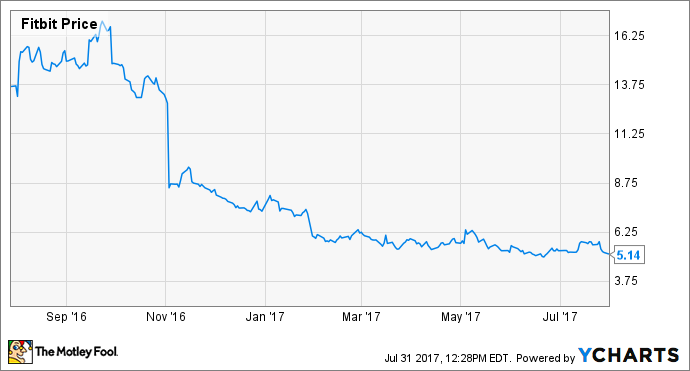 Wearables aren't a fad, but...

Data from technology advisor IDC showed that sales of wearables grew again in 2016, with shipments of devices topping 100 million. That trend of growth should continue into the first half of this year with shipments expected to hit 125 million by year-end.

That's great news for Fitbit and the wearables market overall. It would appear that consumers demand for devices is only on the rise. The problem for Fitbit, though, is that consumer demand has shifted. Smart watches have become the primary object of desire, supplanting fitness trackers -- Fitbit's bread-and-butter. As a result, the company lost its position as the leader in wearables for the first time this year.

Imperative to recapturing its groove will be continued growth overseas. U.S. device sales got cut in half due to competition from big tech firms and a slowdown in demand, but the technology is still fresh in other markets outside of North America.

In the last quarter, the company reported a mixed bag with Europe and Middle East sales growing 17% offset by a 63% slide in Asia Pacific, a 15% decline America's ex-U.S., and a 52% contraction in the U.S. home market. Even with the big drop in stateside sales, only 43% of Fitbit's revenue came outside of the U.S. Investors will need to see that trend change as the international wearables market continues to pick up steam.

Updates on a proper smartwatch?

As with all technology companies, Fitbit is highly reliant on the rollout of new products to move the needle. This was evident in the last quarter as it was reported that new devices like the Charge 2 and Alta HR made up 84% of revenues. Those new releases helped the total tally of devices sold to reach 3 million, a drop of 1.9 million devices compared to last year in the first quarter.

As mentioned above, Fitbit plays in the fitness tracker sandbox -- a category of wearables that has been losing out to the smartwatch. Not to fear, though, a proper smartwatch complete with the ability to download third-party applications is supposedly on the way. 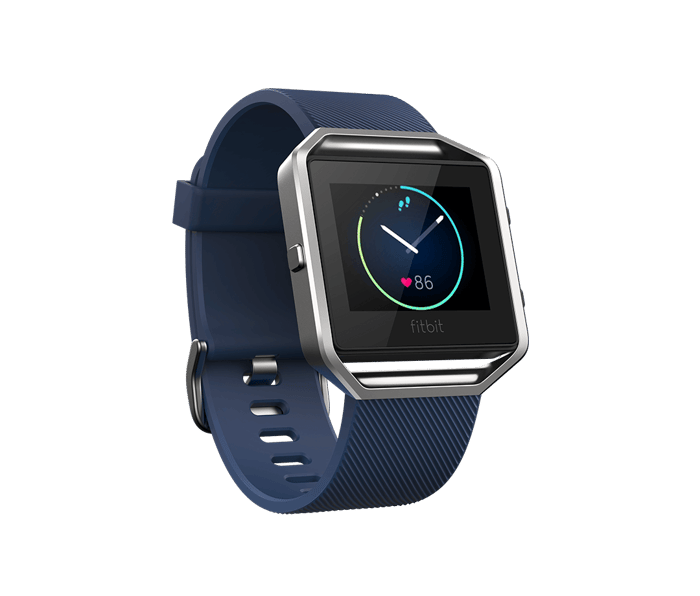 The Fitbit Blaze looks like a smartwatch, but the lack of third party apps caps its potential. Image source: Fitbit.

The release of the new watch was reportedly bumped from spring to later in the year. Now scheduled for the second-half of 2017, could this be the time we get more details on what the company has been working on, and when it will be available for purchase? With device sales sliding, a new offering couldn't come soon enough.

Relief for the bottom line

The drop in device sales paired with heavy investment in research and development has pushed this once-profitable company into the red the last few quarters. Gross margins on sales have also dipped below 40%. 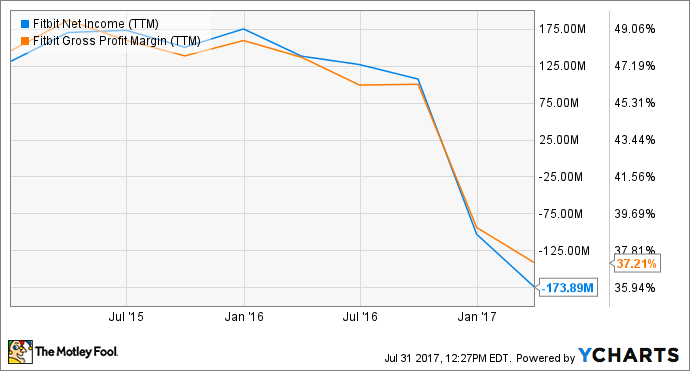 In response, the company had announced cost cutting measures that included layoffs that will effect about 6% of its workforce. That has thus far had a limited impact, but investors should listen for updates on a path back to profitability.

Ultimately, the bottom line relies on the number of fitness trackers sold. Management said it expects a quarter-over-quarter improvement in the works with revenue of $330 to $350 million compared to $299 million in the first quarter. If that happens, losses could see some respite.

It's a big quarter for Fitbit. A lot is hinging on the work behind the scenes on new devices, especially the long-awaited smartwatch. The company will report results on Wednesday afternoon after the market closes.