The stock market continued its bull run on Tuesday, with major benchmarks posting modest gains that nevertheless sent the Dow Jones Industrials to yet another all-time high. International markets joined the party as the global economy has now started to follow the lead of the U.S. with signs of a more aggressive recovery, and weakness in the U.S. dollar bolstered domestic companies that make money from exporting their products overseas. Earnings season also continued to give indicators of how individual companies are faring, and the overall tone across the past several weeks has generally been positive. Lumber Liquidators Holdings (NYSE:LL), Sprint (NYSE:S), and International Game Technology (NYSE:IGT) were among the best performers on the day. Below, we'll look more closely at these stocks to tell you why they did so well.

Shares of Lumber Liquidators Holdings skyrocketed by more than a third after the company reported second-quarter financial results. The flooring retailer said that sales grew 11% on an 8.8% rise in comparable-store net sales, with impressive increases in traffic and average sales per customer. The big shock came on the bottom line, where Lumber Liquidators defied expectations for more red ink by posting a profit of $4.5 million. CEO Dennis Knowles attributed the move to "investments that we made to broaden and strengthen our assortment with innovative products while also ensuring the right mix of those products were available in our stores." Lumber Liquidators still hasn't been able to resolve completely the controversial issues related to product safety that sent its stock into a tailspin, but with management taking steps to end outstanding legal disputes, investors are hopeful that the future will look brighter for the flooring retailer. 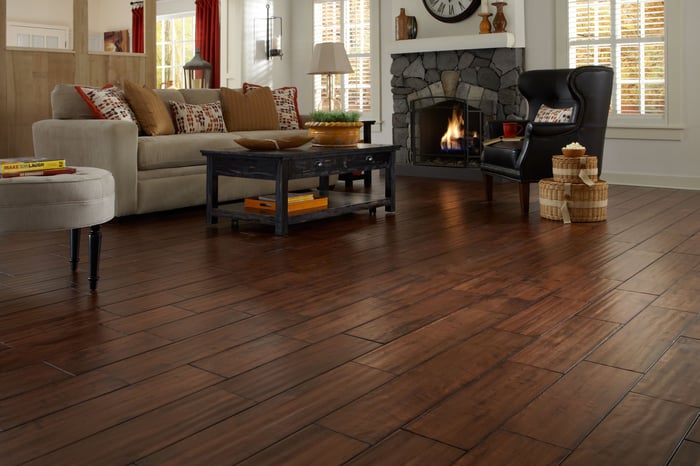 Sprint gets back into the black

Sprint stock jumped 11% in the wake of the company's release of quarterly financial results, along with positive comments from the wireless network's CEO. Sprint said that it had positive net income for the first time in three years during its fiscal first quarter, with its cost reduction program having helped to boost its bottom line. Strength in Sprint's core business was also instrumental in the stock's gains, with 88,000 postpaid net subscriber additions marking the eighth straight quarter the telecom has boosted its customer base. In addition, CEO Marcelo Claure offered some intriguing comments about Sprint's efforts to find a merger partner, holding open the likelihood of a future combination even as the business shows it can be sustainable on its own. Investors liked that idea, and it'll be interesting to see how Sprint follows up going forward.

Finally, shares of International Game Technology finished up 13%. The gaming industry specialist said that its sales dropped 5% compared to the year-earlier quarter and reported a net loss. Even after accounting for certain extraordinary items, adjusted earnings were less than half what investors had expected to see. Yet revenue for IGT was much better than shareholders were projecting, and rising comparable sales for lotteries around the world showed the staying power of the business. Core markets in Europe and North America are all starting to rebound from their recent sluggish periods. If the economic recovery that's sending stock market indexes higher continues to pick up steam, then IGT will have the ability to keep participating in the gains.