Honda Motor Company (NYSE:HMC) boosted its full-year profit guidance after its net income rose 19%, to 207.3 billion yen ($1.87 billion), in the quarter that ended on June 30 on strong sales in China and other Asian markets.

Like many Japanese companies, Honda's fiscal year begins on April 1. The quarter that ended on June 30, 2017 was the first quarter of Honda's 2018 fiscal year. 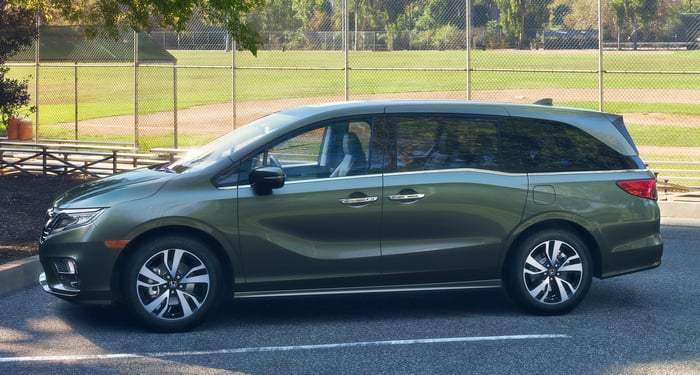 Honda attributed its 7% year-over-year increase in revenue to strong results from its motorcycle and financial-services units, as well as positive exchange-rate movements. Its operating profit rose 0.9%, it said, on that revenue gain, a stronger "mix" of vehicle models sold, and cost-reduction efforts.

Honda also noted that its results in the year-ago period were negatively impacted by the effects of the Kumamoto earthquake.

Honda's automotive operating margin of 5.3% was thinner than those of rivals Ford Motor Company (NYSE:F), at 5.9%, and General Motors (NYSE:GM), which reported a strong 10% margin in its continuing businesses for the same period. Honda arch-rival Toyota reports earnings on Friday.

Honda boosted its financial forecast for the fiscal year that will end on March 31, 2018, as follows:

Honda's sales forecast is unchanged from its earlier guidance. It still expects to sell about 5.08 million automobiles and 18.77 million motorcycles in fiscal 2018, up from 5.03 million and 17.66 million, respectively, in fiscal 2017.