Mondelez International's (NASDAQ:MDLZ) second quarter was mostly within management's expectations, with the exception of one negative surprise. There was a cyberattack which disrupted the company's ability to deliver shipments and invoice during the last four days of the second quarter, which is a setback as management is trying to return the North American business to positive growth.

However, management reaffirmed they are on track to deliver improved growth in the second half of the year and meet full year guidance of 1% organic net revenue growth and a 16% adjusted operating margin. Here's what management had to say on the key areas where the company is trying to build value for investors. 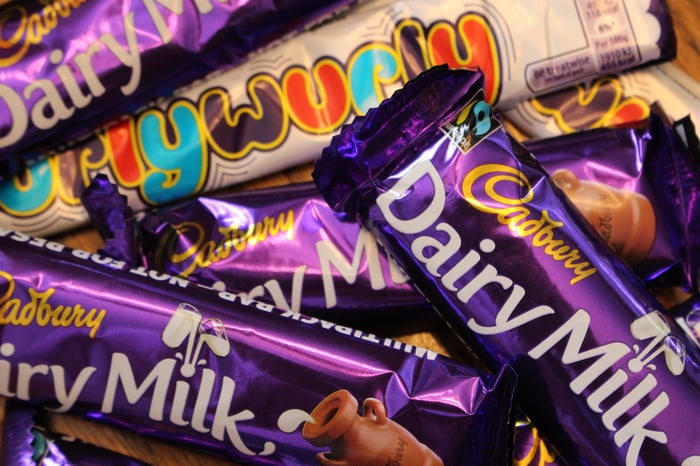 North America is a work in process

Management is working very hard to grow the North American business. It won't be easy, as consumers have been shifting to healthier, well-being products instead of foods that are heavily processed and have high sugar content like the ones made by Mondelez. Because of that, Mondelez has faced competition from natural food stores and other organic grocers.

Mondelez has been taking steps to address these challenges by introducing a number of snack food products that are free of artificial ingredients. For instance, there is such a thing as organic Triscuits now, and the company has introduced other products marketed for their "healthier" ingredients, such as belVita, RITZ Crisp & Thins, and Vea.

Management believes the focus on innovation and renovating existing products, as with the new organic Triscuits, will help the company stabilize market share and improve growth in the second half of 2017 in order to achieve full year guidance of 1% organic net revenue growth.

Mondelez is also trying to capitalize on a competitor's exit from its distribution system at the end of Q2 2017. As a result, Mondelez stands to gain extra shelf space and displays, which would help the snack food giant build more brand awareness and increase sales. CEO Irene Rosenfeld mentioned that they are seeing early success in this effort:

...We have every confidence that we will pick up incremental shelf space, incremental displays, and it will be a key contributor to the trajectory change on our North American business in the back half of the year.

Customers in emerging markets have had a much better appetite for Mondelez's snack brands. For the first half of 2017, organic net revenue in emerging markets -- which makes up 40% of the company's total organic net revenue -- grew 1.6% year over year. Mondelez has been building out its supply chain infrastructure throughout several geographies, including Brazil, China, India, and Southeast Asia. This will allow the company to introduce its brands to new markets much easier and build a more sophisticated international distribution system. Here's what CFO Brian Gladden had to say about the state of their international business:

In Europe, we executed well overall and especially in our chocolate business. And several of our emerging markets are stabilizing and have an improving macro outlook. We're delivering solid results in countries such as India, Vietnam, and Mexico, where market fundamentals are improving and our momentum is strong.

Despite the headwinds in the North American region, the business overall is generating strong cash flow allowing management to return capital to shareholders and fund growth initiatives. As part of the plan to improve growth and margins, management has been shedding underperforming assets to increase efficiency throughout the business, which is also providing extra cash to return to shareholders through share repurchases and dividends.

As we receive cash for our two recent divestitures, we're increasing our full year expectation for share repurchases to between $1.5 billion and $2 billion. In addition, we raised our quarterly dividend by 16% and are now targeting to grow our dividend faster than adjusted earnings per share as our improving free cash flow generation enables us to continue to fully fund our critical growth and transformation investments while also deploying more capital to shareholders.
-- CFO Brian Gladden

The dividend increase brings the quarterly payout to $0.22 per share, or an annual yield of 2%. Despite very weak top line growth in recent years, adjusted earnings per share have been growing at double-digit rates thanks to cost cutting and margin improvement. The key thing to watch in the short term is the North American business and whether management can bring that region up to positive growth.