The tile retail specialist released its preliminary third-quarter results, tossing its full-year guidance out the window. Here's what investors need to know.

After business hours on October 2, Tile Shop Hldgs, Inc. (TTSH -1.90%) issued a press release, reporting preliminary third-quarter financial results that look to be much worse than most investors were expecting, and also said its full-year 2017 guidance was "no longer applicable." Needless to say, Mr. Market wasn't happy with this turn of events, and at this writing just after 2 p.m. EDT on October 3, shares are getting hammered, down 34%.

In the release, the company said "a more competitive environment" was playing a major role in the result, with sales expected to come in at 7% growth overall, and 1% at stores open more than one year (comparable sales). Tile Shop also said that gross margin is expected to be between 66% and 67%, well below 70.2% in the year-ago period. 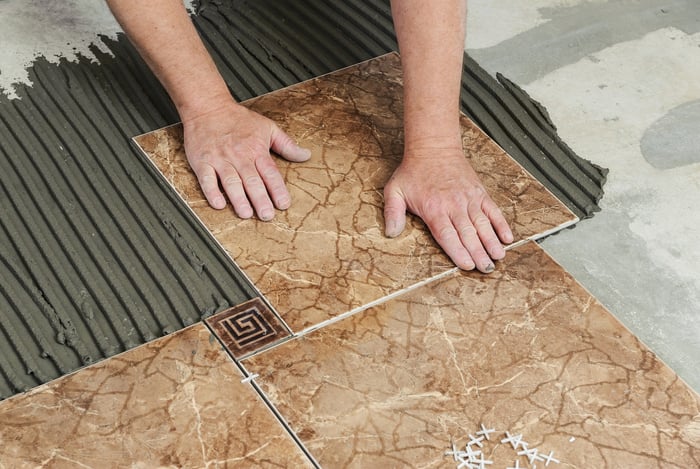 CEO Chris Homeister made a statement in the release, pointing to a couple of things that caused sales growth to slow and comps to tighten. First was the increased pricing competition the company faced. Homeister said that when the company responded with more aggressive pricing, promotions, and increased ad spend, they saw sales rebound, which helped drive gross profit dollars higher.

He also said -- and it appears that this is at the heart of the issue -- that product mix was a problem, particularly more entry-level-priced products. The company is taking steps to rectify this, as it is currently undergoing its annual product line transition and will add more lower-priced products to its mix to respond to competition and consumer demand.

Unfortunately, it sounds like Piper Jaffray analysts were spot-on with their recent move to downgrade Tile Shop shares over concerns that its product mix and possible inventory shortages would affect sales in the short term. But just as I wrote in the piece above, Jaffray's downgrade was based on short-term concerns, not any long-term problems with the company or its business.

Tile Shop's preliminary sales results look to be quite similar to those it reported at the end of the second quarter, though its gross margins will assuredly be weaker, while operating expenses will be almost 10% higher due to new store openings. The combination of expenses going up faster than sales, along with lower margins, could lead to a drop in net income versus the year-ago quarter.

But just as I wrote after the Piper Jaffray downgrade, Tile Shop's business remains on solid footing, and management should have little trouble getting its product mix back in line within a couple of quarters. That might not make it any easier to stomach the 60% beatdown since early this summer. But looking forward, Tile Shop is a stronger, better-capitalized company than it was even one year ago, and I expect its management team under Homeister to be able to right the ship in short order.

At this writing, Tile Shop's stock is the lowest it's been since early 2015. If this does indeed turn out to be just the short-term problem it appears, today's price could turn out to be a wonderful bargain in a few years.