Clues are leaking out from Arizona.

One month ago, nearly to the day, analysts at Jefferies & Co. made the bold prediction that shares of satellite-communications company Intelsat (INTE.Q), then trading for about $4 a share, would hit $5 within a year. After jumping 11% in a matter of hours Tuesday, Intelsat stock has already met that goal -- and beaten it.

What sent Intelsat stock soaring today? It's hard to be 100% certain, but here's an educated guess.

Intel's interest in this project, incidentally, has to do with its desire to see 5G wireless deployments expand. The magazine notes that this would enable the use of "a lot of new applications and an untold number of new devices" using Intel technology. 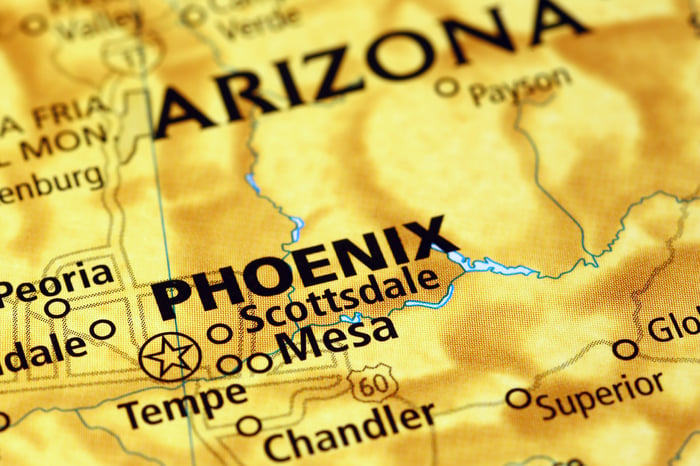 As FierceWireless went on to explain, success on this effort could permit satellite operators like Intelsat to put the mentioned frequencies to use "in various geographic areas within 1-3 years."

Given that Intelsat's success in this effort is not assured though -- and given that even if successful, the payoff may not come before 2020 -- investors' decision to ascribe 11% more value to Intelsat stock today than they did yesterday seems a bit premature and borders on being overly optimistic.