These chains have fallen behind and regaining ground looks unlikely.

The holidays are meant to bring peace and rest.

But for certain retailers, the last three months of 2017 are bringing anxiety about the possibility of failing to bring in necessary sales.

Brittain Ladd, a global strategy and supply chain consultant based in Seattle, said the holidays can be a make-or-break period for retailers. With Ladd's help, I've come up with this list of five retailers that aren't expected to have a rosy holiday sales season: David's Bridal, Neiman Marcus, Sears Holdings (SHLDQ), Nine West, and Claire's Stores.

For struggling Sears Holdings, the holidays are a particularly stressful time as it will most likely not be able to deliver the earnings report that investors are hoping for to indicate that it is on the uptrend.

"Some retailers are dreading announcing numbers that are so bad they will send signals to Wall Street that they have no chance of survival," said Ladd. "People and analysts abandon those brands and it accelerates their demise."

What do the five retailers on this list have in common? They failed to understand their customers and their competitors and now they're playing catch-up on trends instead of leading, according to Ladd. These stores, for instance, failed to adapt to online retail early enough to become a household name in the e-commerce space like Amazon or Zara.

Last holiday season, retailers brought in $122.9 billion in non-store sales (e-commerce and catalog), which represented a 12.6% jump from the previous year, according to the National Retail Federation. Meanwhile, overall sales increased a more modest 4% year-over-year to $658.3 billion.

These five retailers are scrambling to get an online presence, but it seems to be too late as Amazon gobbles up online market share. Digital marketer NetElixir predicts that Amazon's share of holiday online sales will jump to 34% this year, up from 30% in the 2016 season.

Because these retailers took so long to change, they're simply not relevant anymore, and that's their biggest issue, Ladd explained. Even if these stores make big changes or create new services, they don't have enough customers to test those out on anymore. "Once you lose relevancy, it's almost impossible to get it back," Ladd said. 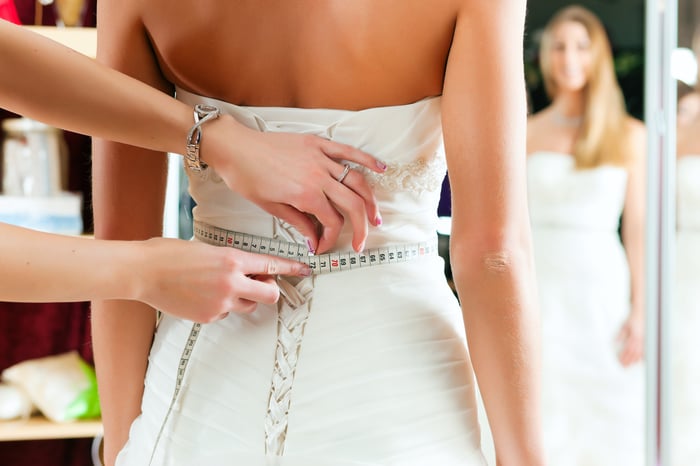 Founded in 1950, David's Bridal now has over 300 locations in the U.S., U.K. and Canada. The chain offers wedding and bridesmaid dresses for affordable prices and claims to dress about 60% of all brides in the U.S.

The struggling bridal company will need to pay about $500 million in loans in 2019, Reuters reported in August. Lenders to David's Bridal have hired investment bank Rothschild to begin debt restructuring talks ahead of the loan due date as a way to avoid a future debt default. 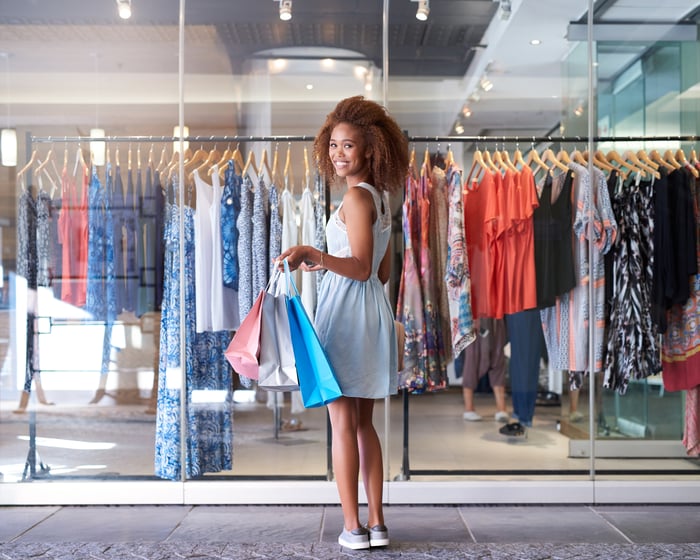 High-end department store Neiman Marcus is being weighed down by a $4.8 billion debt load. The company has suffered a number of setbacks since the last holiday season, including the loss of CFO Donald Grimes after just 17 months on the job.

Neiman Marcus was in takeover talks with Hudson's Bay, owner of Saks, but the company said in June that its 42 stores were no longer for sale. That same month, Neiman Marcus reported a drop in same-store sales for the third straight quarter. 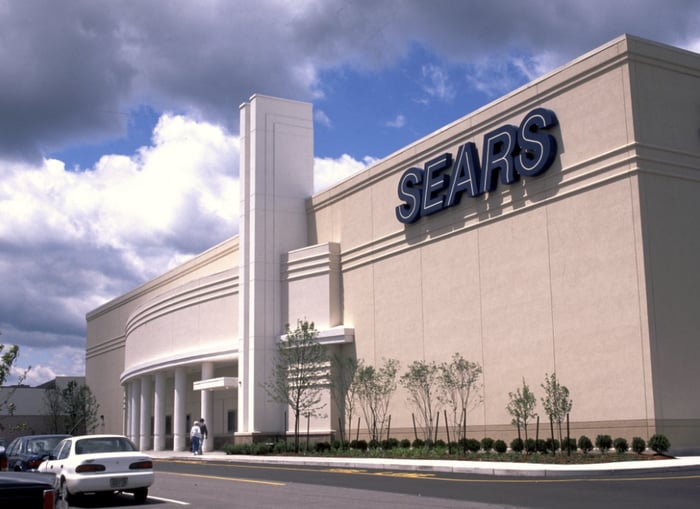 Sears Holdings has become a punching bag for retail critics. In the latest round of bad headlines, the struggling retailer announced in June that it would close 72 Sears and Kmart stores, in addition to the 180 closures that were announced earlier in the year.

Reuters reported in August that Sears was having trouble attracting vendors due to the risk of working with a company that could file for bankruptcy protection at any moment.

Same-store sales at Sears fell 11.5% in the latest quarter, which was significantly worse than the expected 7.1% drop. Revenue of $4.37 billion also fell short of the expected $4.21 billion. 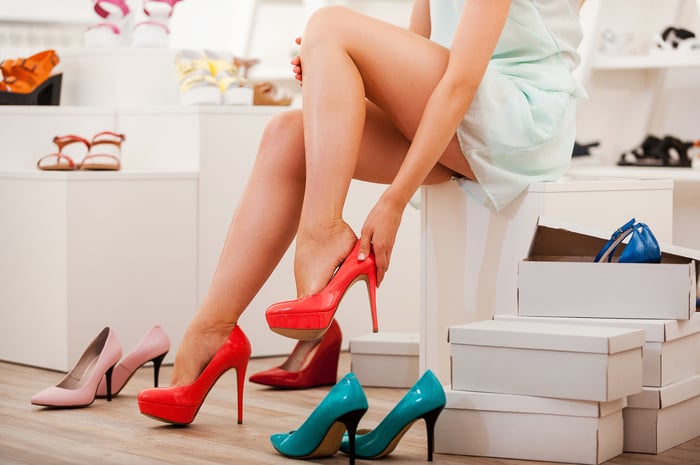 Nine West is another retailer that has suffered from its mall-based location, finding itself struggling to attract foot traffic. Image source: Getty Images.

Women's shoes, handbag, and accessory retailer Nine West has about 250 stand-alone stores in addition to selling its merchandise at other wholesale retailers. The retailer's strong brick-and-mortar presence hasn't been helpful in the age of online shopping.

In May, Nine West, owned by private equity firm Sycamore Partners, announced that investment bank Lazard would help it restructure its debt. The retailer also said that it had enough liquidity ($160 million as of Dec. 31 2016) to continue on its course in the meantime. 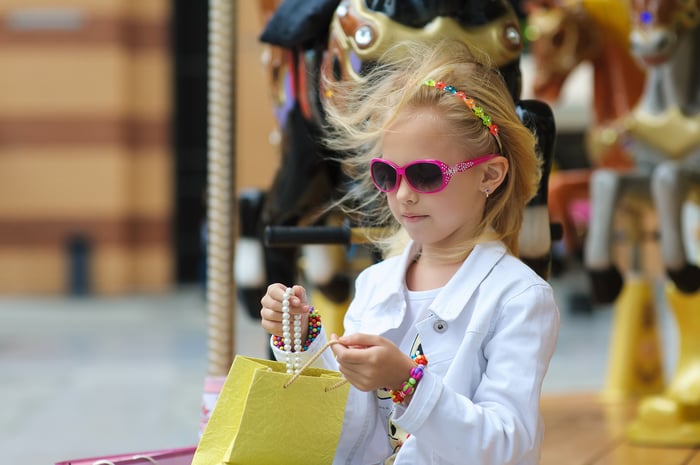 You can probably guess the problem with Claire's. The store that specializes in low-cost jewelry for teens is known for its brick-and-mortar locations, not its online presence.

Claire's, which also owns accessories brand Icing, had about 2,700 stores worldwide as of April 2017, in addition to 901 concession store locations and 647 franchised shops. The company closed 166 stores in 2016.

While Claire's posted net income of $53.9 million last year, much of its money has to go to paying off its nearly $2.17 billion in outstanding debt.

The holiday shopping season is just around the corner. We'll have to wait and see how shoppers treat these chains and whether 2017 closes with cheer or gloom, but they certainly aren't starting from positions of strength.