Wall Street cries, "All aboard!" ahead of PayPal's earnings report.

PayPal (PYPL 2.01%) stock investors are having a great 2017 -- and a great October, too. So far this year, shares of the online payments processor and former arm of eBay (EBAY 1.79%) are up 59%, and far outperforming the S&P 500. What's more, this run looks likely to continue -- at least according to Wall Street analysts.

The month of October is still young, but already, StreetInsider.com reports that no fewer than five separate analysts have published positive reports on PayPal stock. Buckingham Research initiated the stock at buy, while Deutsche Bank, Guggenheim, and Merrill Lynch all raised their price targets ahead of PayPal's Q3 earnings report due out next week. Not to be left out, this morning, Morgan Stanley issued an upgrade on PayPal stock.

Here are three things you need to know about this. 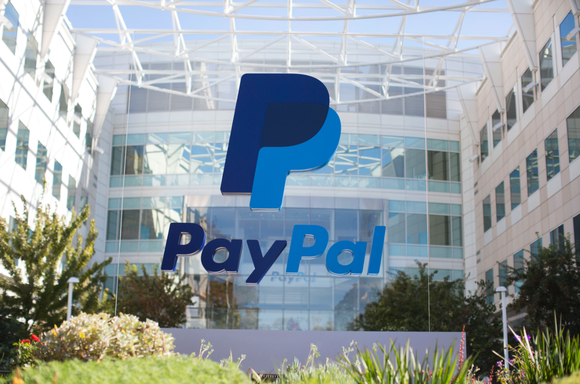 1. What everyone else has said so far

Let's begin with a quick rundown of what's going on in the background. So far this month, we've seen Deutsche Bank praise PayPal's Venmo social payment app as PayPal's "crown jewel" and one of the ways PayPal will "accelerate revenue growth" and "drive higher operating margins" from thoat revenue. Merrill thinks "payment volume trends" look good at PayPal, and projects the company will beat its own revenue guidance when earnings come out next week, reporting in excess of $3.2 billion in revenue.

Buckingham states it plainly: "[N]owhere are the prospects brighter" in the payments space than at PayPal.

2. Why Morgan Stanley jumped on the train

High praise, indeed. With sentiment running so hot, it's no surprise we're seeing Morgan Stanley join the PayPal fan club today. This morning, Morgan announced it's upgrading PayPal to overweight, and assigning PayPal a $76 price target -- $10 above where the stock trades today.

Why? Despite the obvious outperformance of PayPal shares this year, Morgan Stanley feels the stock is still being held back by investor worries over PayPal's upcoming contract renegotiation with eBay. In 2020, you see, PayPal's current contract, codifying the company's role as eBay's favorite payments provider, runs out, and there's a chance the renegotiation will result in terms less favorable to PayPal (hurting revenue) or not be renewed at all (hurting revenue even more).

How big of a risk is this? According to many experts, not big at all. Last month, for example, investment banker Jefferies dismissed the eBay contract risk by saying that PayPal and eBay rely on each other "much-too-much" to voluntarily sever their ties. And even if the new contract terms end up being less favorable to PayPal, analysts at KeyBanc point out that the "U.S. P2P market" is likely to "more than triple" in size by the time renegotiations roll around in 2020.

Simply put: eBay probably needs PayPal, but PayPal may not necessarily need eBay so much in three years -- which suggests contract terms could actually end up being more favorable to PayPal then than they are now.

Agreeing with its several peers who have already sung PayPal's praises, Morgan Stanley predicts that PayPal will deliver "high teens revenue" and "20% EPS growth" for investors in coming years.

Now, there still remains the question of whether even this fast growth rate is sufficiently speedy to justify PayPal's valuation, which now looks strikingly high after its run-up. Priced at $67 and change today, PayPal stock sells for the princely P/E ratio of 53.3 times earnings. Strong free cash flow ($2.7 billion over the past 12 months), however, brings the company's multiple down to 29.4 when valuing the stock on its cash profits. Finally, credit PayPal for its $9.2 billion in net cash, and the enterprise value-to-free cash flow ratio falls to 26.

Granted, even this valuation seems a bit steep for "20%" profits growth. But when given proper credit for its cash generation (and the cash it's already generated), PayPal's not so vastly overvalued as it appears at first glance. I'm not prepared to recommend buying it just yet, but if next week's earnings look as good as everyone on Wall Street is saying they'll be, my opinion could soon change.