Please ensure Javascript is enabled for purposes of website accessibility
Log In Help Join The Motley Fool
Free Article Join Over 1 Million Premium Members And Get More In-Depth Stock Guidance and Research
By Rick Munarriz - Oct 15, 2017 at 11:00AM

Taylor Swift is a hit factory, and now she's helping a mobile-games publisher more than double in 2017.

Taylor Swift sings about shaking off haters, and that seems to be what Glu Mobile (GLUU) is doing these days. The publisher of mobile games moved 15.2% higher last week, finding its groove after Swift put out a short promotional video on Wednesday promoting the upcoming release of her Glu-fueled app. An analyst upgrade followed.

Mike Hickey at Benchmark is boosting his rating on the stock from "hold" to "buy." Hickey thinks Glu Mobile's turnaround is legit. He's also cautiously optimistic about the upcoming rollout of The Swift Life, Swift's app that is slated to come out later this year. He's setting a $6 price target on the shares, implying 39% of upside even after last week's rally. 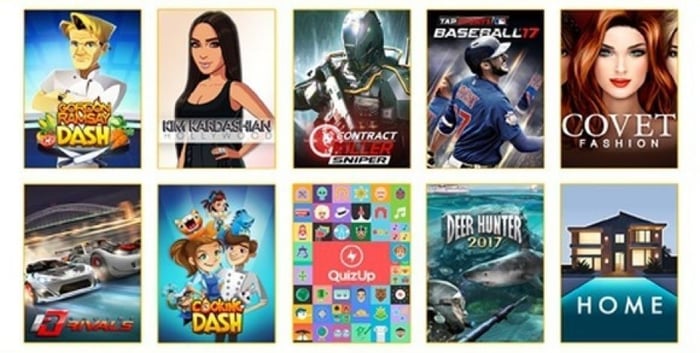 Glu Mobile has emerged as one of this year's hottest stocks, soaring 123% so far in 2017. A hot game will do that for a small mobile-gaming specialist, and Glu fits the tag on both fronts with the success of its Design Home game and its modest $586 million market cap.

Design Home's popularity has been a game changer this year, allowing players to tap their inner interior designers in the game. Glu Mobile went from targeting just $215 million to $225 million in gross bookings for all of 2017 back in February to $307 million to $312 million six months later. Revenue soared 42% in its latest quarter, Glu's strongest top-line showing in more than two years.

An inability to sustain popularity has been the death knell of mobile publishers. Gamers are fickle on their smartphones, especially with so many apps vying for their attention. Accordingly, as hot as Design Home has been through the first half of the year, no one expects it to last forever.

Benchmark's Hickey has high hopes for The Swift Life. Glu knows how to work with young celebrities, and it was a role-playing game in cahoots with Kim Kardashian that made Glu Mobile a darling stock during the summer of 2014. However, the success of Kim Kardashian: Hollywood proved fleeting, and other celebrity-licensed releases with Katy Perry, Britney Spears, and even Gordon Ramsay failed to re-create the same kind of mobile magic.

The Swift Life will be different. It's not simply a celebrity simulator along the lines of the Glu releases with Kardashian, Perry, Spears, or Nicki Minaj, where players rise up the ranks of stardom. The Swift Life has strong social-networking elements, connecting fans with chats, promises of the weekly addition of new songs to the app, and the potential for fan interaction with Swift herself. Swift has a new album coming out next month, so the timing of the release -- officially "late 2017" -- is perfect.

Swift has a better track record as a hit factory than Glu Mobile does, but teaming up for what should be an initially popular app at a time when Glu is still sustaining the popularity of Design Home could make a hot stock even hotter.