The nation’s second biggest bank is on track to reach another expense milestone.

Bank of America (BAC 1.38%) announced a little over a year ago that it would lower its annual expenses to $53 billion by 2018. With only one quarter left before the new year, the bank is on track to meet this goal.

You can see this by looking at Bank of America's third-quarter performance. Noninterest expenses for the bank came in at $13.1 billion in the three months ended Sept. 30, down 2.5% from the year-ago period.

If you annualize that -- i.e., multiply it by four -- you get $52.4 billion. Assuming nothing unexpected happens between now and the end of next year, then, Bank of America is ahead of schedule when it comes to meeting its latest expense target. 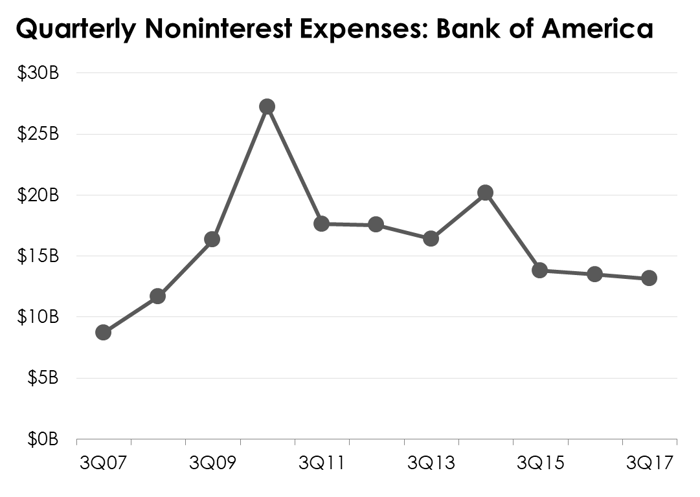 Bank of America's success at cutting its annualized expenses by an additional $3 billion over the past five quarters shouldn't cloud how audacious of a goal it seemed at the time.

When the plan was announced, the bank had just spent the previous five years cutting annual expenses from $70 billion down to $56.3 billion. Half of the decline came from Project BAC, the bank's now-completed multiyear expense initiative that targeted $8 billion in annual cost savings that began not long after Brian Moynihan took over as CEO. The other half came from a drop in legal expenses and settlements stemming from the financial crisis, which ultimately cost Bank of America upwards of $200 billion.

You can get a sense for how Bank of America achieved its latest expense target by looking at trends in its headcount. When Moynihan became CEO at the beginning of 2010, the bank had 284,000 full-time equivalent employees. That figure would go on to top out at 288,000 a year later, before falling to 210,000 today. That equates to a total decrease of 27%. 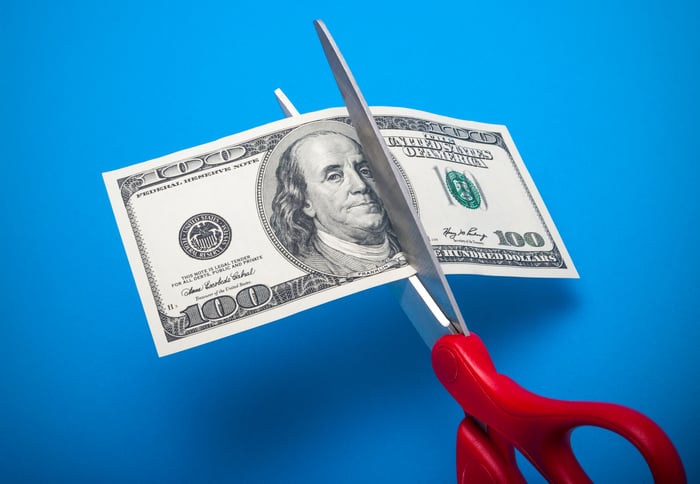 Bank of America has slashed tens of billions of dollars' worth of expenses since Brian Moynihan took over as CEO in 2010. Image source: Getty Images.

On top of this, Bank of America has spent the past decade consolidating its branch network. It exited the crisis with more than 6,100 branches. That figure is now down to 4,511, a decline of 27%.

The bank has been assisted in this regard by the trend toward digital banking. As of the latest quarter, more than one in five deposits at the bank were made on a mobile device, reducing the demand for a service (depositing checks) that could once only be provided in a branch.

In short, while Bank of America's goal of squeezing a further $3 billion out of its annual expense base may have seemed like a stretch when it was announced in 2016, the nation's second biggest bank by assets has demonstrated that it was up to the task.