Please ensure Javascript is enabled for purposes of website accessibility
Log In Help Join The Motley Fool
Free Article Join Over 1 Million Premium Members And Get More In-Depth Stock Guidance and Research
By Lou Whiteman - Oct 22, 2017 at 7:03AM

The defense contractor has enjoyed impressive gains so far in 2017. Is now a good time to jump in?

Raytheon (RTN) is a strong company with a healthy order book, yet it is also currently trading at a historically high multiple to earnings. So is now a good time to buy?

The company is a $24 billion-sales maker of precision weapons, electronic warfare systems, sensors and radars primarily for the U.S. and foreign governments, with an impressive 31% of 2016 sales coming from international buyers. Investors have grown increasingly interested in U.S. defense majors this year, helping to send shares of Raytheon up about 33% year-to-date, and the company is seen as particularly attractive because its key products are all in areas that the Pentagon is currently emphasizing. 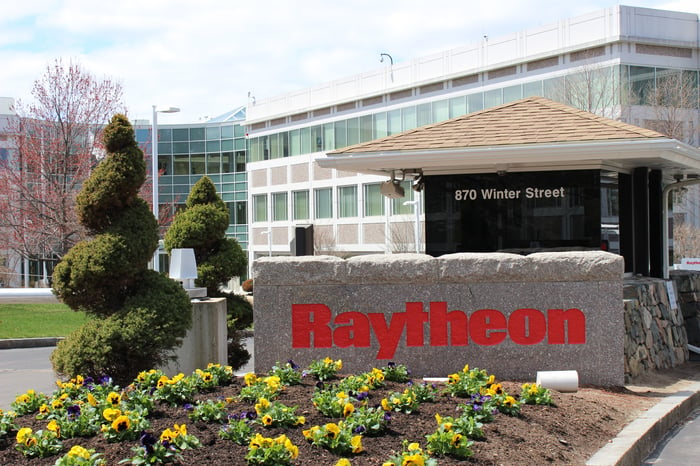 Investors have taken notice. Shares of Raytheon have nearly tripled in the last three years, with the company now valued at more than 25 times trailing 12-month earnings. 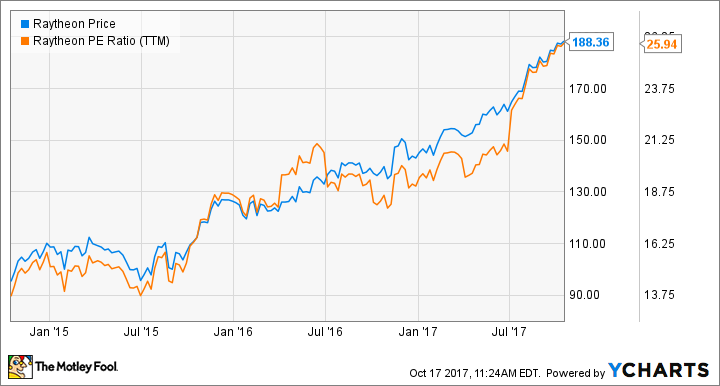 That's the sort of move that can ignite fear of a bubble, but a case can be made that the multiples are justified. A period of post-Cold War consolidation in the industry blessed by the Pentagon as a way to ensure the nation would have a stable and strong group of defense contractors seemingly has worked as planned, creating a collection of defense giants including Raytheon and rivals Lockheed Martin, General Dynamics, and Northrop Grumman with diverse product lines able to capitalize on budget growth and the wherewithal to survive should defense spending turn south.

But even if the current valuation is sustainable, the trickier question is how much upside there is from here. The company's current guidance suggests that 2017 bookings, at $26 billion to $27 billion, are likely to be flat compared to the year prior. Raytheon does, however, see new opportunities on the horizon going into 2018, including upwards of $4 billion from modernizing its Patriot missile defense system.

Raytheon in recent years has focused on expanding the diversity of its pipeline, moving into new markets and expanding its expertise so it can bid on different contract awards, in an attempt to lessen its reliance on single large multi-billion awards that in the past could have been the difference between a good year and a bad one. As of July Raytheon said it had about a dozen potential opportunities in the range of $200 million and $500 million in revenue going into the second half of the year.

Still, long-term hyperbolic organic growth in the defense sector is hard to come by. Despite Raytheon's attempts to diversify sales via foreign orders and a push to grow its commercial IT and cyber operations, the nature of being a defense contractor caps the number of potential customers, and to an extent potential demand for its core products.

So is Raytheon a buy?

The company, with a presence in important segments of the defense budget, strong international exposure, an increasing dividend, and a predictable book of future business, is a great safe hold for a long-term investor. And there could even be further near-term upside to the shares should contract awards go its way going into 2018 and if investor enthusiasm for defense names continues.

But given how far the stock has come in such a short amount of time, there shouldn't be any urgency to pull the trigger at these levels. Raytheon, for now, feels more like one for the watch list.