The company's upcoming nuptials weighed on the share price.

Shares of Raytheon (RTN) performed significantly worse than those of other defense pure-plays in March, falling 30.4% for the month, according to data provided by S&P Global Market Intelligence, compared to 8% declines by both Lockheed Martin and Northrop Grumman.

The issue for Raytheon had nothing to do with the company's internal operations, rather it was the company's planned merger with the aerospace arm of United Technologies (RTX 0.02%). The deal is all stock, and as UTX slid during the month Raytheon shareholders went along for the ride.

Raytheon is primarily a defense contractor, selling a range of specialized electronics, sensors, and missiles to U.S. and allied governments. While some manufacturing delays are likely due to the COVID-19 coronavirus pandemic, the business is unlikely to dry up even if the global economy hits rough times. 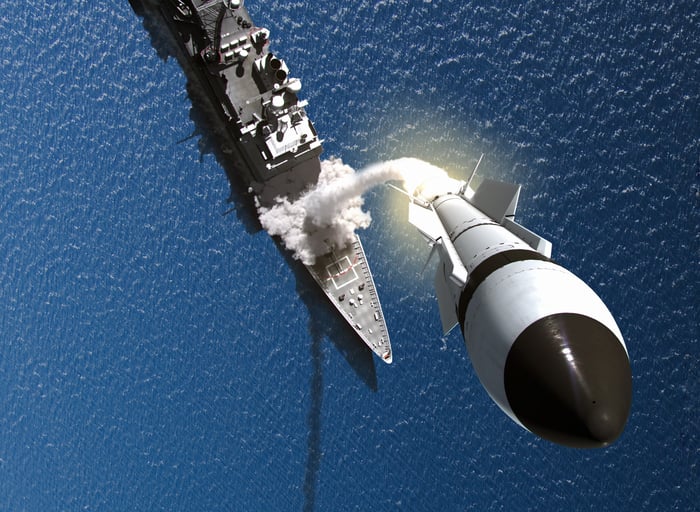 Unfortunately, the same can not be said of Raytheon's merger partner United Technologies. UTX's aerospace division is heavily exposed to the commercial side of the business as the owner of Pratt & Whitney engines and Rockwell avionics and airplane interior products.

Airlines have taken it on the chin during the pandemic, with global travel grinding to a halt. The airlines have responded by cutting flights and grounding planes, meaning less business for the companies like UTX that provide parts and service for those planes. And if the travel slowdown lasts well past the pandemic, as many fear, demand for new planes is likely to ebb as well. 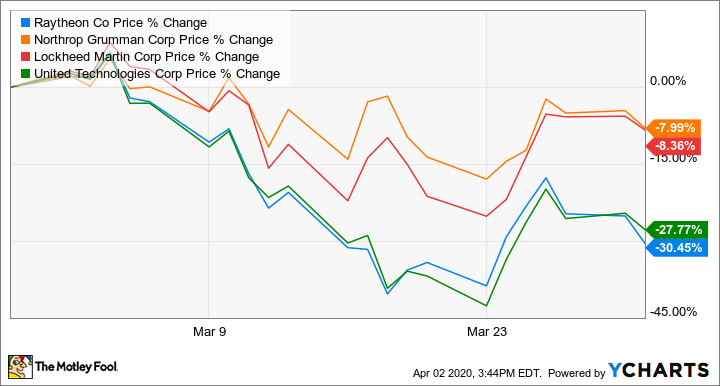 The new Raytheon Technologies is expected to become official in the first few days of April, and at that point there will be one stock that covers both the commercial and defense sides of the business instead of two different stocks moving in near unison.

The new company begins life in a difficult position due to its commercial aerospace exposure, and could struggle to get airborne initially as management deals with integration issues and weathering a potential recession. I like the long-term prospects of Raytheon Technologies, in part because of the diversification of the portfolio, but given the current macroeconomic environment we are in and the pressure on the legacy UTX business I doubt there is any reason for investors to rush in to buy immediately.