Xilinx has set itself up for success.

Investors might have expected Xilinx (XLNX) to set the stock market on fire this year as it is pursuing growth in the fast-growing fields of artificial intelligence (AI) and cloud computing. But the chipmaker has underperformed the NASDAQ-100 Technology Sector so far this year despite posting steady growth in its revenue and earnings. 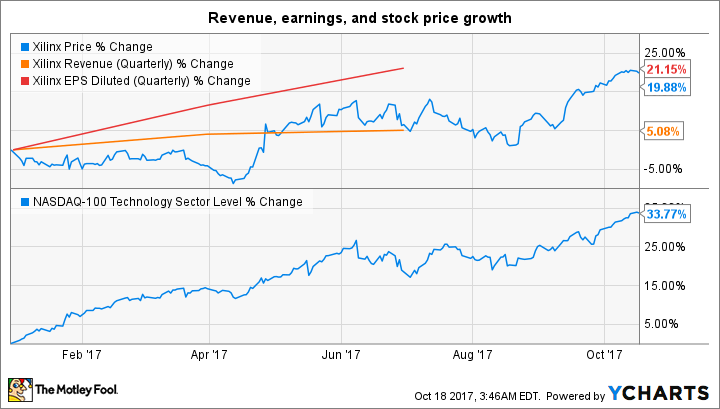 The stock market has remained indifferent toward Xilinx's quarterly performances even though it stands to gain big from the growing adoption of its programmable chips in data centers, automotive solutions, and 5G wireless communications. But will the market's attitude toward Xilinx change with its upcoming fiscal second-quarter report that's due on Oct. 25? Let's take a look. 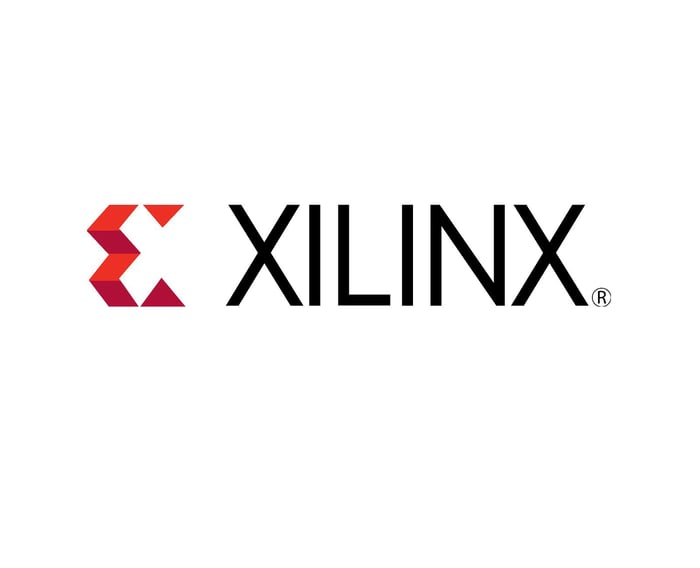 Xilinx doesn't expect a massive improvement in its second-quarter revenue and earnings as compared to the year-ago quarter. By its own estimates, revenue should increase  7% year over year to almost $621 million, and earnings should come in at $0.62 per share, up from $0.61 last year.

The company doesn't expect a huge bump in its earnings this time around, but that's because of a spike in its operating expenses on account of an increased research and development outlay. Xilinx's operating expenses stood at $226.5 million in the second quarter last year. This line item is expected to jump over 11% to $253 million this time as the company pours more money into a new generation of chipsets to stay ahead of the competition, hence the muted bottom-line growth.

But investors shouldn't get stuck on the company's second-quarter earnings performance as it has been setting itself up to tap a massive opportunity by investing in product development.

Xilinx makes field-programmable gate arrays (FPGAs), which are chips that can be programmed and optimized to perform any task after they are manufactured. This characteristic of FPGAs allows them to be deployed in artificial intelligence applications as they are not constrained by the fixed architecture of a graphics processing unit (GPU).

More specifically, FPGAs can help bring down costs in a server setup because of their lower power consumption and speed up the data center thanks to their flexible programming architecture. Not surprisingly, the use of FPGAs in deep learning applications is expected to pick up pace rapidly by 2025.

The good news for Xilinx is that FPGA adoption in the cloud is already gaining impressive traction. Earlier this month, Alibaba's cloud computing arm announced that it will use Xilinx's next-generation FPGAs to accelerate machine learning applications. In all, Alibaba's cloud customers will be able to use the new FPGA-based "F2" instance for a variety of applications such as video processing, data analytics, and genome mapping.

In fact, the processing power of this FPGA-based cloud instance can be 30 times higher than a CPU-based server, so it won't be surprising if Alibaba keeps using more Xilinx FPGAs going forward. More importantly, Alibaba isn't the only big name cloud customer that Xilinx has.

In September, Amazon tied up with Xilinx to provide an FPGA-accelerated platform over the cloud. The cloud service provider is deploying Xilinx's FPGAs on Amazon Web Services' (AWS) Marketplace, creating a channel for distributing FPGA-accelerated solutions as a service. This could broaden the reach of FPGAs in the cloud computing space as customers can achieve a 100x jump in performance by configuring the AWS instance in accordance with Xilinx's software development tools.

Additionally, even Huawei has decided to use Xilinx FPGAs to achieve a 10x-50x acceleration in video processing, machine learning, and data analytics in its first cloud instance. All these wins clearly indicate that Xilinx is well-placed to take advantage of the FPGA boom in the cloud computing space.

Xilinx is doing the right thing by pouring more money into research and development to maintain its lead in FPGAs. It currently holds a 59% market share in this space, and this bodes well from a long-term perspective. Therefore, investors need to look beyond the company's upcoming results as it is well-placed to take advantage of a secular growth trend.