The industrial giant's latest earnings highlight the underlying issues that could negatively affect the stock price.

By now, most investors know that General Electric Company's (GE -0.89%) third-quarter earnings fell way short of expectations. Furthermore, the reduction in full-year guidance signals ongoing weakness in the overall business -- issues that are unlikely to be resolved in a quarter or two.

Let's look at the key issues that long-term investors need to understand from the earnings report. 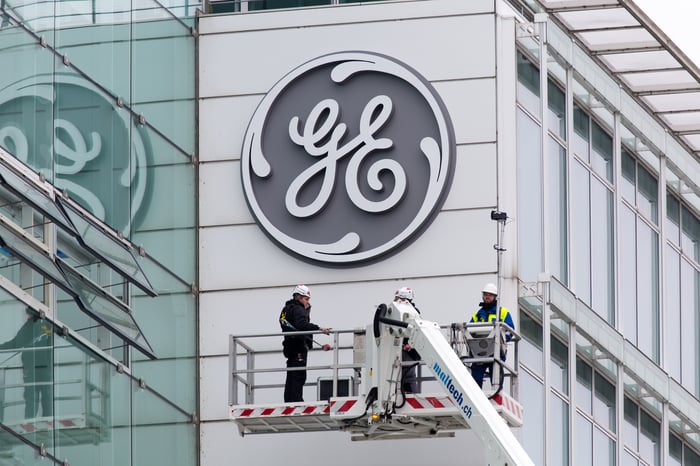 CFO Jeff Bornstein is leaving the company, and many investors will see that as a cause for optimism. Going into 2017, Bornstein was forecasting industrial cash flow from operating activities (CFOA) within a range of $12 billion to $14 billion, but following an outflow of $1.6 billion in the first quarter -- a figure he said was $1 billion below management's expectations -- Bornstein maintained his original full-year guidance.

Moving into the second quarter with CFOA generation of $1.46 billion -- in line with management's expectations -- Bornstein was encouraged to maintain full-year CFOA guidance, albeit at the bottom end of the $12 billion to $14 billion range. As discussed at the time of the earnings, that meant GE had to generate $12 billion in CFOA in the second half. While that would be a big ask at the best of times, it's worth noting that Bornstein also lowered EPS guidance to the low end of the $1.60-$1.70 range. In other words, earnings expectations were being lowered precisely when GE needed a strong CFOA performance to hit guidance.

Fast-forward to the current third quarter, and Bornstein is now forecasting just $7 billion in CFOA. This is a significant problem for a company that needs cash to restructure, invest, and pay $8 billion in dividends. Whichever way you look at it, GE's failing to meet its cash flow targets.

General Electric's dividend is under threat

There's no way to sugarcoat it for income-seeking investors: As noted, guidance for full-year CFOA has been reduced to $7 billion, but once you take out around $4 billion in capital spending, it leads to a rough estimate of $3 billion in free cash flow. Clearly, a FCF figure of $3 billion doesn't translate into $8 billion in dividend payments in the long term.

To be fair, CEO John Flannery made it clear that $7 billion in CFOA "is a not ZIP code we are going to remain in," and he plans for substantial improvements in CFOA in 2018 and beyond, driven by $2 billion in cost cuts, improvements in working capital, and non-recurrence of tax and restructuring issues.

All of Flannery's arguments are fine and worthy, but it's still hard to see how the numbers will all add up to a healthily covered dividend in the near future. Much of the CFOA shortfall is due to a power segment  that, by management's admission, faces significant issues that won't turn around quickly. (CFOA from power was $3 billion below expectations, according to Flannery.) Moreover, as Flannery has implied that there will be $20 billion worth of asset sales, which will surely reduce cash flow, in the next two years. For reference, GE's current market cap is $191 billion.

Issues run to the core

Flannery's determination to exit non-core businesses is laudable, and indeed, there is even a case for divesting from healthcare. But the two problem areas in the third quarter -- power, and oil and gas -- are two of GE's core businesses.

It gets worse when you consider that these two segments have been the focus of management's merger-and-acquisition strategy in the past few years. Former CEO Jeff Immelt undertook a strategy of buying a string of oil businesses at a time when oil prices were much higher than they are now. In addition, the Baker Hughes merger is a key part of the company's future, and the purchase of Alstom's energy assets is the key to GE's power plans.

It's hard to criticize Immelt too much for this -- unless, of course, you can accurately predict where oil prices and power demand are going. But the fact is, GE now has to deal with issues in sectors in which Immelt acquired assets.

GE's weak cash-flow generation is threatening its dividend payout, and that's partly due to acquisitions and issues at some of GE's core businesses. That's the underlying takeaway from GE's third-quarter results, and it's one that's likely to remain relevant for a while.