Please ensure Javascript is enabled for purposes of website accessibility
Log In Help Join The Motley Fool
Free Article Join Over 1 Million Premium Members And Get More In-Depth Stock Guidance and Research
By John Maxfield - Oct 28, 2017 at 8:19AM

A scandal at this bank is weighing on its top line.

All things considered, the third quarter was good to the bank industry, with revenue and earnings climbing at most of the nation's biggest banks in the three months ended Sept. 30. But there was one exception: Wells Fargo (WFC 1.92%). 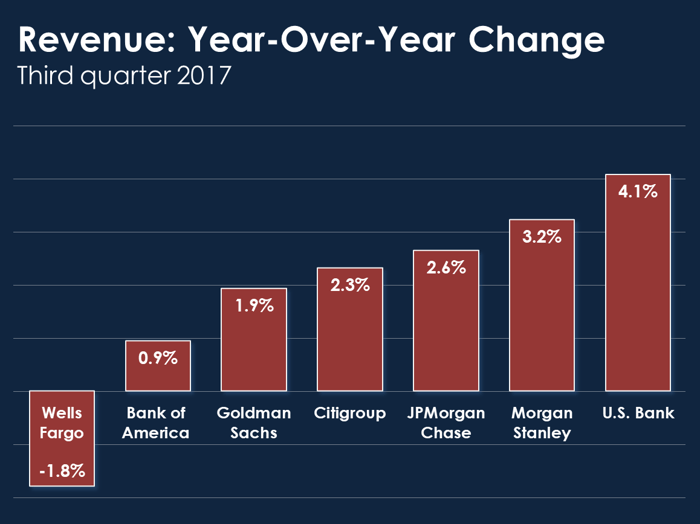 As you can see in the chart above, all of the other big banks saw revenue grow over the last 12 months. U.S. Bancorp (USB 1.24%) led the way with a 4.1% increase. It was the first full quarter under new CEO Andy Cecere, who took over when his predecessor Richard Davis stepped down at the bank's annual meeting in April.

Wells Fargo was on the opposite end of the spectrum. The nation's third biggest bank by assets has been under siege since September 2016, when the Consumer Financial Protection Bureau revealed that thousands of employees throughout its expansive branch network had created millions of fake accounts for customers in an effort to meet sales quotas.

In the wake of this, Wells Fargo has seen its expenses climb. It has paid hundreds of millions of dollars in fines and settlements. It has also had to conduct internal investigations and concentrate resources on repairing the bank's reputation.

Wells Fargo's top line, on the other hand, has come under pressure as the bank steps away from its focus on cross-selling financial products, such as checking and credit card accounts. This has caused new checking account openings and credit card applications to drop precipitously -- at points last year by more than 40%. 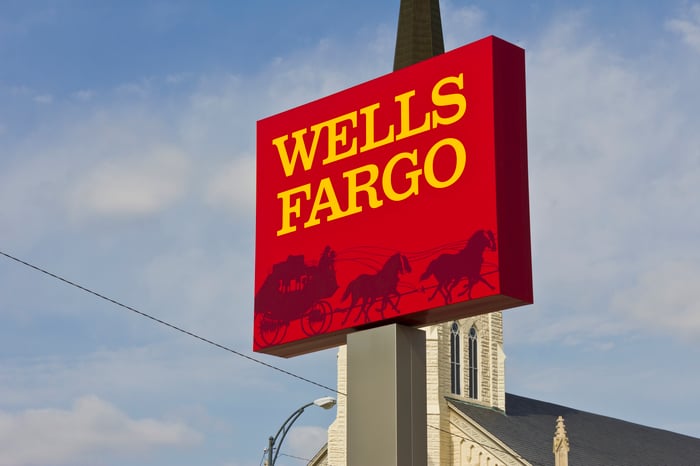 Larger institutional clients have, in some instances, taken their business elsewhere, as well. Just recently, the State of California extended its ban on using Wells Fargo to issue municipal bonds.

"The scandal at Wells Fargo prompted a nationwide backlash, with public officials in New York, Washington and Illinois also moving to sever ties to the bank," explained Bloomberg News. "Chief Financial Officer John Shrewsberry previously said such measures have cost it 'tens of millions of dollars' in revenue, and it has lost ground to other municipal-bond underwriters this year."

In short, it has been a rough 13 months for Wells Fargo, with its recent revenue decline showing the continued strain on the bank.