And as we just found out, the F-16 may keep on flying for Greece for decades to come. 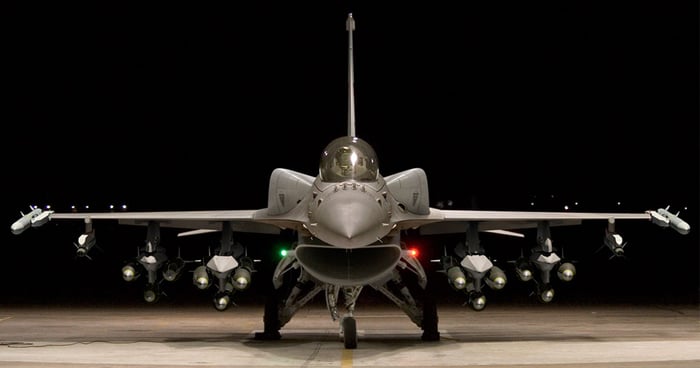 Combined with other upgrades and equipment, DSCA values the Greek sale at more than $2.4 billion.

Now, this deal is not yet a done deal. Congress still needs to approve it. But seeing as there has never been an instance in which Congress nixed a foreign arms sales after the DSCA notified it about the sale (never, ever), I'd say this one's chances of going through are pretty good. And when it does go through, Lockheed Martin has been named the principal contractor to perform the sale.

Two things jump out at me about this F-16 deal: First and foremost, the fact that Greece is upgrading fourth-generation F-16s at all and not trying to buy brand-new fifth-generation F-35 Lightning II stealth fighters. At a cost of just over $19 million per upgraded fighter jet, Greece seems to believe it will get more bang for its buck by upgrading old F-16s than by spending upward of $90 million per plane to buy brand-new F-35s.

Lockheed Martin is probably pleased with those economics too. According to the Fort Worth Star-Telegram -- the F-16's hometown paper -- Lockheed earns superior profit margins on its F-16s relative to the margins it earns on the F-35. As long as that holds true, Lockheed may be happy to collect less revenue from F-16 upgrades but earn higher margins on those upgrades.

This also helps to explain why, at the same time as Lockheed Martin is ramping up production on the F-35, the company is also making moves to continue production of its venerable F-16. Earlier this year, Lockheed announced plans to move its F-16 production line from Fort Worth, Texas, to Greenville, South Carolina, to make room for expanding F-35 production in Fort Worth. Subsequently, there has also been talk about shifting production of the F-16 out of the country -- all the way to India.

As long as superior profit margins are to be had from upgrading existing F-16 fleets in countries such as Greece, I'd say the chances of F-16s and F-35s continuing to fly in tandem -- and to be produced in tandem -- look pretty good. And the prospects for Lockheed Martin continuing to profit from both models of fighter jet?

Those look pretty good as well.