General Electric Company (NYSE:GE) CEO John Flannery will outline his strategy for the company at the GE Investor Update event on Nov. 13. There's plenty of anticipation about the event from beleaguered investors hoping he can set the company, and the stock price, on the right path. While Flannery's exact plans will be outlined in a few weeks, his comments on the recent, and tumultuous, third-quarter earnings call offered a broad-based overview of what to expect.

So let's look at what was said and how it differs from Jeff Immelt's running of the company. 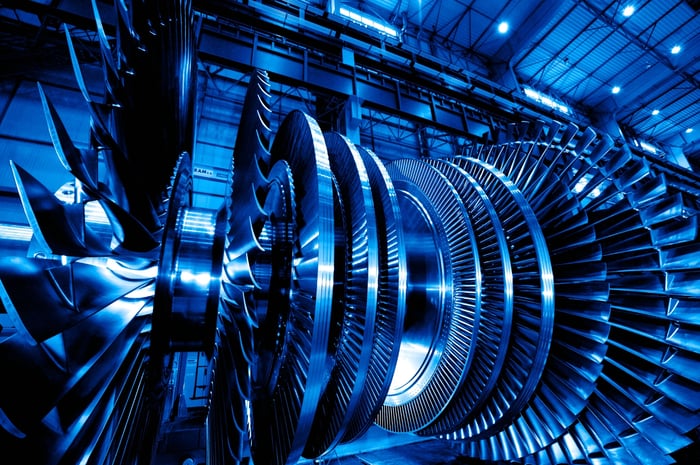 GE's new CEO promised he would outline the framework for 2018 at the upcoming event, with a particular emphasis on "sources of cash and CFOA generation." CFOA stands for cash flow from operating activities, a metric GE targets. GE's cash flow generation is on every investor's mind, as the recent slashing of the company's full-year industrial CFOA target to just $7 billion, down from $12 billion-$14 billion, threatens the viability of the company's current $8 billion-plus dividend payout.

Flannery wants to "run the company for cash generation and performance better than peers." This a clear signal he wants to improve organic operating performance first. The question is, how will he do that?

The overarching objective of Flannery's plan is to improve operational efficiency at GE, particularly with regard to improving margin and cash flow.

In terms of "redefining our culture," significant management changes have already taken place. The former head of GE power, Steve Bolze, announced he was retiring just two days after Flannery was appointed CEO, and GE CFO Jeff Bornstein will be replaced by Jamie Miller at the end of the year.

Bolze's retirement was put down as a response to not winning the top job, but Bornstein's exit was by mutual consent, and it's hard not to think he wasn't put to the sword after it became clear GE would miss its earnings and cash flow targets in 2017.

The emphasis on the "back to basics" approach is arguably not much different from what Immelt probably would have done. Flannery highlighted GE Power as the most problematic segment, and the company clearly needs to reduce inventory and its cost structure in the face of weakening end demand in power. However, this is something Immelt would probably have done anyway once it became clear that GE power needed downsizing.

On a positive note, Flannery said he's planning for $2 billion in cost reductions in 2018, compared with Immelt's target of $1 billion, but much of this is a natural consequence of the need to cut costs in the power segment. In addition, a look at the recent sale of GE's industrial-solutions business to ABB suggests there is a lot of fat to be cut from some of GE's businesses. In a nutshell, the business was being run on far lower margins than those its peers and direct competitors have achieved.

Aside from the obvious management changes, this is arguably the biggest adjustment GE investors can look forward to. Flannery talked of $20 billion worth of businesses he could divest in the next two years. Furthermore, Flannery's acknowledgment that "size and scale drive complexity" is in marked contrast to some aspects of Immelt's approach.

It's true that Immelt made significant divestitures and spinoffs -- not least at GE's finance arm -- but investors will also remember that he repeatedly lauded the benefits of the so-called GE Store, particularly in GE's letter to investors.  The GE Store is simply the process whereby varied GE businesses collaborate and share information to create value and improve customer solutions.

It appears that Flannery is aiming to take a different approach and focus on maximizing the value in GE's existing assets, rather than chase growth through mergers and acquisitions.

A more fundamental change comes from Flannery's focus on reducing complexity, a sign that the investment case for buying GE stock will focus on management's ability to implement self-help initiatives rather than make acquisitions and pick winning sectors --Immelt's investments in oil and gas business spring to mind. That might be just what investors need right now.