Under Armour Inc. (NYSE:UA)(NYSE:UAA) investors have had a tough time of it over the past couple of years, and the pain continued when the high-performance athletic apparel and footwear maker reported third-quarter earnings on Oct. 31. By the end of the day, the company's shares were down more than 21%. Since peaking in 2015, Under Armour's stock price is down more than 75% at this writing. Factor in more selling after a downgrade from Bank of America and a steady stream of negative press across the financial media, and Under Armour's stock price is at its lowest point since very early in 2013.

So what exactly is happening with the business? In short, there are some real problems founder and CEO Kevin Plank and his team say they're working to fix, but there are also signs of great promise for the long term. While others rush to sign in to their brokerage app and sell, we Fools know that investing better means taking the time to understand what's really going on with the companies we own.

Let's take a closer look at the three key things most important to Under Armour and its shareholders following the most recent update from management: What's happening in North America, how international growth remains a key priority, and what the company is doing to get back on track. 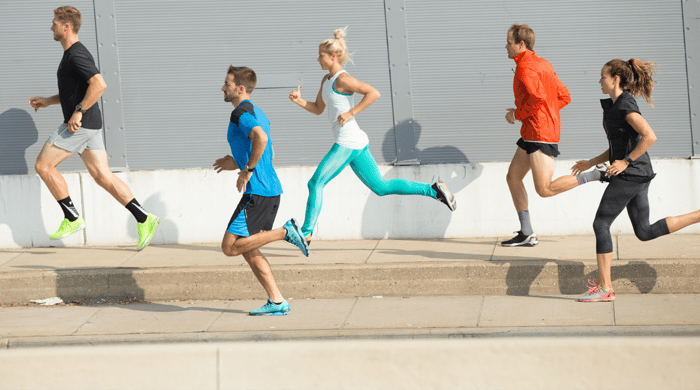 1: North America could struggle for some time yet

Under Armour reported revenue of $1.4 billion in the third quarter, down 4.5% from the year-ago quarter, a surprising result after years and years of steady double-digit growth. And while nobody was expecting double-digit sales growth in the quarter, few investors were counting on a drop in sales.

The biggest culprit was the one that's weighed on Under Armour for a year now: Heightened competition in North America as the retail landscape continues to evolve. This evolution includes the bankruptcy and subsequent closure of hundreds of sporting-goods retail outlets over the past year, including at least one major Under Armour retailer. That was a key reason sales fell 12% in North America.

It particularly affects Under Armour's wholesale sales, which measures revenue generated mainly from its retail partners. And while the company has added new retail partners, including Kohl's, over the past year, it hasn't offset the loss of Sports Authority and other sporting-goods retailers.

For a little more context on how big North America is for Under Armour, its sales in this market fell about $148 million in the third quarter. That's more than the company's total sales in either the Europe, Middle East, and Africa (EMEA) or Asia-Pacific region, and triple its current sales in Latin America. In all, North America still makes up more than 75% of Under Armour's total sales.

On the earnings call, management said it expects to continue to have a tough time in North America. This outlook was a key reason the company's guidance for the full year was significantly reduced. After the second quarter, management expected to finish 2017 with 9%-11% sales growth but revised that down to a "low single-digit rate." In other words, expect for a tough fourth quarter in North America.

Furthermore, management wasn't willing to offer much outlook on the earnings call with regard to expectations for 2018. The reality is, the retail landscape in North America is changing. Under Armour's management seems to realize it could take some time to find the best strategy at home. In the meantime, expect that this will continue to weigh on earnings as well. Gross margin fell to 45.9% in the quarter, and earnings per share fell 58% to $0.12.

Under Armour isn't alone with its struggles in North America. Its biggest competitor -- and the gorilla in the industry -- Nike Inc. (NYSE:NKE) also reported weakness in its North American sales and is struggling to find the formula to reignite growth. Nike's sales in North America declined 3% in its most recent quarter, a key reason its total sales were basically flat, at $9 billion. The increased competitive environment was also a key reason Nike's earnings per share fell 22% to $0.57. Weak demand could mean the dogfight over customers continues well into 2018.

Even as North America remains a very tough competitive environment, Under Armour continues to experience strong growth around the world. Sales were up 22%, 33%, and 52%, respectively, in EMEA, Latin America, and Asia-Pacific in the third quarter. And with building scale, profitability is also improving. Operating income was up 103% in EMEA and 26% in Asia Pacific, while operating losses declined slightly in Latin America, by far the company's smallest geographic segment in total sales.

Under Armour is keeping international growth a priority, even as it works to cut costs. Not only is its business outside North America the obvious bright spot for growth, but it's also still only about 25% of the company's business. Contrast that with Nike, which generates almost 60% of its revenue outside North America.

But there's more to it than just taking market share, which has been the key source of Under Armour's growth in North America. In 15 years, the global middle class is expected to grow by around 1 billion members, and essentially all of those new middle class people will be in Asia, Africa, and Latin America. This outlook is why Under Armour continues to prioritize international expansion, even as management takes steps to lower costs and operate more profitably.

3: Restructuring is under way but will take time to pay off

Under Armour announced that it was going to undergo some pretty serious restructuring when it reported after the second quarter. Those plans were part of the reason profit fell so sharply in the quarter, as the company took $85 million in charges related to its restructuring plans. The company originally called for $110 million to $130 million in restructuring expense but increased that range to $140 million to $150 million. Management said it would almost certainly take the rest of the charges during the fourth quarter.

At this stage, the company hasn't disclosed many specifics about its restructuring plans. Here are the things we do know:

On the third-quarter call, Plank also indicated that there could be some temporary structural barriers to cost reductions and improving operating leverage. This potential problem is at least partly due to a cost infrastructure, as Plank put it, "which is built for a much larger company" than Under Armour is today. The key will be for management to identify ways to bring that cost structure down in a way that doesn't hinder future growth. And since a portion of that cost structure is hard assets, it's going to take time for management to "right-size" the operating model.

Beyond these few specifics, Plank and his team painted relatively broad strokes when discussing the restructuring, but he did commit to providing a far more in-depth look following the fourth-quarter earnings call. Unfortunately for impatient investors, that won't happen until sometime in February.

Looking ahead: Under Armour's step back looks like a necessary one

As Nike's earnings show, Under Armour isn't alone in its struggles in North America. And while that's reassuring in that it does support that the company isn't "broken" as much as it's dealing with a tough, competitive, and changing environment, it's also a stark reminder that the company is facing off against some very big, very serious competitors that will fight for market share.

But it's probably also a positive thing that Plank recognizes that, if Under Armour is going to be able to re-establish itself as a growth company in North America, he and his staff must reassess the company's priorities and restructure the company to be more nimble to compete. Yet even with the expectations that costs will fall, Plank and other executives were clear that it's still all about developing the best, most innovative products that customers will be passionate about and be willing to pay a premium for.