Investors were falling for Match Group Inc. (NASDAQ:MTCH) again today after the online dating specialist posted better-than-expected revenue growth in its third quarter and offered a robust outlook due to strength in  Tinder. 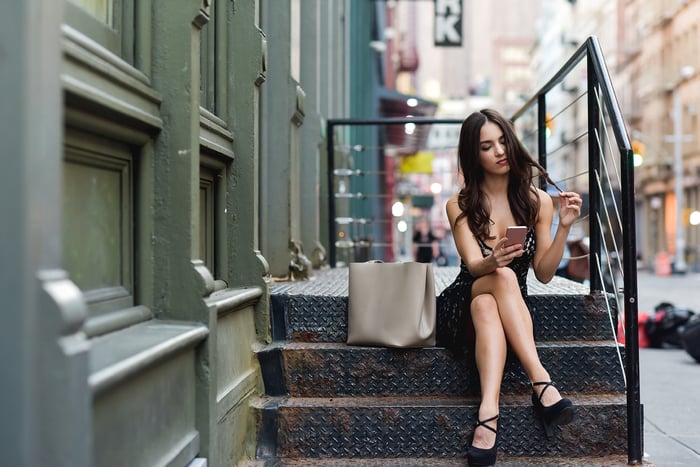 Revenue increased 19% to $343.4 million, matching Q4 of 2016 for its fastest quarterly growth as a publicly traded company, and easily beat expectations at $329.9 million. "Fantastic performance" at Tinder drove the top line, according to CEO Greg Blatt, and the stabilization of Match.com and OkCupid also helped.

Tinder added 476,000 paid members in the quarter, a new record, and Tinder's paid member total topped 2.5 million last quarter, with overall paid members up 18% to 6.56 million. Total operating expenses increased 28%, outpacing revenue growth in part due to the exercise of Tinder options that added $11 million in expenses as well as an increase in stock-based compensation. Overall employee costs were up $24.6 million in the period.

As a result, operating income was flat, and adjusted earnings per share fell from $0.22 to $0.19, which missed estimates at $0.22, but the market seemed to ignore that as it shouldn't be a lasting issue.

Blatt summed up the performance, saying, "Overall company momentum is growing and we're very well positioned for Mandy Ginsberg to assume the CEO role." Ginsberg will take over the executive chair in the new year as Blatt steps down after 14 years.

Match Group's guidance was especially promising as the company sees revenue at $355 million-$365 million with growth accelerating again. At the midpoint of that guidance, the top line would increase 22%. Management saw a similar increase in paid member count at Tinder from the third quarter due to the popularity of Tinder Gold, its latest paid version of the popular, swipe-based app.

The stock is now up 61% over the last three months since Tinder Gold was launched. Margins should start improving as well as the company leverages its recent investments on Tinder and its other brands, meaning the recent surge could be far from over.