Berkshire Hathaway Inc. (NYSE:BRK.A)(NYSE:BRK.B) is one of my favorite companies, and a stock that I have generally expected to own for decades. Under the stewardship of Warren Buffett and his underappreciated investing partner Charlie Munger, Berkshire has generated life-changing wealth for a huge number of people over the past four decades.

But even with all of this success, and a good chance that Berkshire will remain a strong company for many more years to come, I have concerns about how well the company is preparing for two big changes that could affect the cash flows in the years ahead: Autonomous vehicles and alternative fuels. My biggest fear is that Buffett has a blind spot for this major disruptive force, and that could spell problems for the future in more than one way. 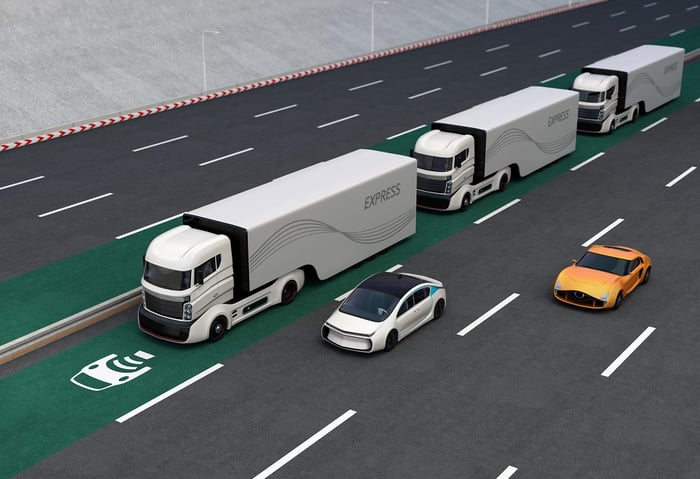 One of Berkshire's biggest subsidiaries is auto insurer GEICO. According to Buffett's annual letter, GEICO's underwriting profit was $462 million in 2016, about 22% of the total underwriting profit from Berkshire's insurance operations. Its float -- a huge source of cash for investing -- was $17.1 billion at year-end, 19% of the total. Here's what Buffett has said about GEICO's competitive advantages and growth:

GEICO's low costs create a moat -- an enduring one -- that competitors are unable to cross. As a result, the company gobbles up market share year after year, ending 2016 with about 12% of industry volume. That's up from 2.5% in 1995, the year Berkshire acquired control of GEICO. Employment, meanwhile, grew from 8,575 to 36,085.

GEICO's growth accelerated dramatically during the second half of 2016. Loss costs throughout the auto-insurance industry had been increasing at an unexpected pace and some competitors lost their enthusiasm for taking on new customers. GEICO's reaction to the profit squeeze, however, was to accelerate its new-business efforts. We like to make hay while the sun sets, knowing that it will surely rise again.

The sun setting is the wrong analogy in the case of autonomous vehicles. It will likely change much about how auto insurance is priced. GEICO's scale should help it remain a dominant insurer, but fewer accidents and lower premiums seem destined to make it a smaller, less-profitable industry going forward, cutting premiums and reducing the amount of float Berkshire has to invest.

This is why I'm afraid Buffett doesn't get it

In October, Berkshire Hathaway announced it was taking a major stake in privately held Pilot Travel Centers LLC, the name behind Pilot and Flying J truck stops and travel centers. Berkshire will initially hold 39% of the company, but that stake will increase to 80% in 2023. 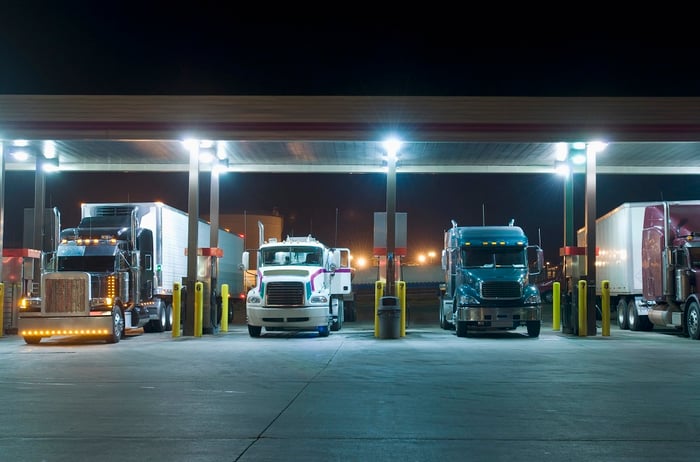 On the surface, this is a typical "Buffett" investment. Pilot Flying J is the dominant travel center and truck stop operator in North America, with 750 locations generating $20 billion in annual sales. The company's size is a big advantage since more locations means more truckers, tour bus operators, and other fleets want to contract with it for refueling. This scale has also proven effective at attracting other retail and foodservice partners that will pay for access to the huge traffic coming through the company's locations.

And while those advantages should continue to make Pilot Flying J a profitable business in the near-term, autonomous vehicles and alternative fuels will change the commercial transportation landscape in coming years. A significant portion of the company's business is built around providing services to the professional drivers of the more than two million heavy-duty and medium-duty vehicles operating today. 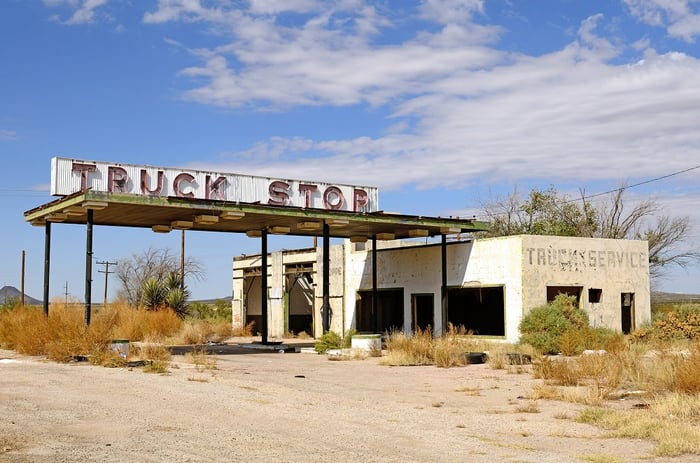 At the same time, alternative fuels are also on track to play a role in disrupting Pilot Flying J. Today the company sells more diesel fuel than any other U.S. fuel retailer, though it has taken some steps to prepare for the disruption of diesel. Renewables like electric and hydrogen are not viable alternatives yet, due to a number of reasons (primarily charging time, battery weight, and access to fuel infrastructure), while natural gas is cheaper, produces far cleaner emissions, and is abundantly available. Pilot Flying J has natural gas lanes open today at around 100 of its locations, through a partnership with Clean Energy Fuels Corp.

Here's the kicker: Fuel and drivers are the two biggest expenses for fleet operators, and they will leap on technologies that help them cut these costs. Pilot Flying J will almost certainly lose out when that happens, since its business is built on catering to truck drivers and refueling and maintaining their vehicles. And it looks like Berkshire's timing couldn't have been worse, since the company will be doubling its stake right when autonomous driving technology should be gaining widespread market adoption.

Buffett once wrote, "The key to investing is not assessing how much an industry is going to affect society, or how much it will grow, but rather determining the competitive advantage of any given company and, above all, the durability of that advantage." His ability to do just that is the single greatest reason Berkshire Hathaway has been a wealth-creating machine for decades. Without this advantage, Berkshire loses its luster as a potential market-beating investment.

If Buffett is ignoring or undervaluing the impact of the autonomous vehicle & alternative fuels megatrend, that's a major weakness in his ability to evaluate investments. And I think Buffett did overvalue Pilot Flying J's competitive advantages for exactly that reason.

I'm not selling Berkshire, but I am going to pay closer attention to how Buffett invests going forward. If I see a pattern of investment that ignores the megatrend of alternative fuels and autonomous vehicles, I may decide to move on.