Please ensure Javascript is enabled for purposes of website accessibility
Log In Help Join The Motley Fool
Free Article Join Over 1 Million Premium Members And Get More In-Depth Stock Guidance and Research
By Keith Noonan, Chris Neiger, and Daniel Miller - Dec 7, 2017 at 5:05AM

Our panel of investors feels that U.S. Concrete, Verizon, and Under Armour offer rare combinations of big growth prospects and cheap valuations.

With the stock market at record highs, many investors are paying premiums for companies that appear capable of delivering big earnings growth over the long term. That sets them up with a potentially dangerous risk-reward dynamic. But you can still find growth stocks trading at significant discounts relative to their potential, if you know where to look.

To give readers some leads on big growth opportunities that can be had on the cheap, we assembled a team of top Motley Fool investors and asked each one to profile a growth stock that they view as well worth the price of admission at current levels. Read on to see why they selected U.S. Concrete (USCR), Verizon (VZ 1.75%), and Under Armour (UA 1.19%) (UAA 2.04%). 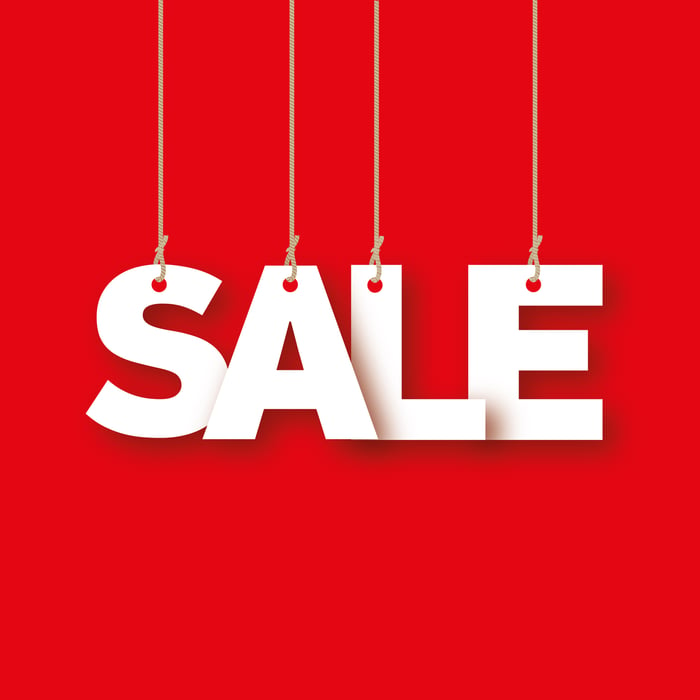 Daniel Miller (U.S. Concrete): Finding growth stocks at deep value prices when markets have been consistently blowing through record highs is no simple task. However, in my view, U.S. Concrete fits that description. The company has bounced back from a 2010 bankruptcy and posted years of top- and bottom-line growth, but its market cap doesn't yet reflect its potential. 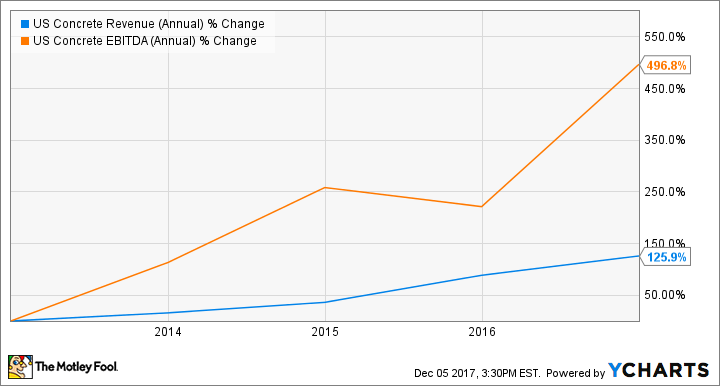 After exiting bankruptcy protection and shedding its low-margin precast business, the company has been growing through bolt-on acquisitions -- a strategy it looks likely to continue using. Since 2014 alone, U.S. Concrete has completed 29 acquisitions in the ready-mixed concrete and aggregates space. Those new additions generated 40% of the company's adjusted EBITDA for the 12-month period that ended Sept. 30.

This could prove to be a opportune time for investors to jump in. Management believes the country is still in the early innings of this construction cycle, and that the administration's regulatory and business-tax-cutting agendas, along with the possibility of increased federal infrastructure spending, could make the cycle more lucrative for companies in its segment.

U.S. Concrete holds a top-three position in the markets where it does business, is a top supplier to major commercial projects in those regions, and has a successful track record of acquisitions. And most important for those seeking growth stocks at deep value prices, its forward price-to-earnings ratio of 15 (per Morningstar.com) makes U.S. Concrete worth a look.

This telecom is down but not out

Chris Neiger (Verizon): Verizon is looking a little rough around the edges right now. The company's share price is down about 3% this year, compared the S&P 500's nearly 19% gains, and its stock is trading at just 14 times estimated forward earnings.

Verizon lost ground to rivals T-Mobile and AT&T in part because they've made gains on wireless network speed and reliability, and also because it was late to offer unlimited plans when its competitors were jumping into them.

But the telecom giant's management has worked to right this ship, even if its share price doesn't reflect the results yet. Its postpaid phone subscribership grew by 274,000 in the third quarter, and by 358,000 in the quarter before that. That's worth noting because in the U.S. telecom space, the only way a carriers can grow significantly is by stealing customers away from others.

Verizon is also making the wise move of cutting $10 billion from its budget between now and 2021, which should result in a stronger balance sheet. That should help as the company focuses some effort on building out its content offerings via AOL and the recently acquired Yahoo!. The 50 or so content brands under its new subsidiary, called Oath, offer new opportunities for Verizon to grow beyond its wireless business.

But even if its content hopes don't pan out quite as expected, investors should still be bullish on the telecom's wireless position (it still holds a 36% share of the subscription market) and its opportunity to grow that business with its new 5G technologies. The company has conducted 5G wireless tests across U.S. cities this year, and has plans to roll out fixed 5G broadbroad connections next year. Verizon doubtless aims to capitalize on its first-mover advantage in the 5G space as it did with its early investments in 4G and LTE, which kept the company ahead of its competitors in the past.

This stock's performance may not have been pretty lately, but Verizon still has a strong core business, and it's making big moves in the next  evolution of wireless. Add in the company's content opportunities -- and its 4.7% dividend yield -- and the stock starts looking much more attractive.

Keith Noonan (Under Armour): A market darling just a few years prior, Under Armour has fallen out of favor due to a slew of setbacks and challenges. Its North American growth story has hit the skids, and there are concerns that the brand simply isn't cool with young people anymore -- a terrifying prospect for a fashion-based business. Downward sales and earnings revisions have replaced management's touting of its former quarterly double-digit revenue growth streak -- a contextual backdrop that explains why shares lost more than 60% of their value over the last three years. That's a truncated version of Under Armour's current woes, but, for investors willing to shoulder some risk and stake out a contrarian position, its stock could present deep value at current prices.

With its brand struggling amid a broader slowdown in the American sports apparel market, Under Armour's foreign growth is more important than ever. The good news is that the picture overseas looks pretty promising. Last quarter, international sales climbed roughly 56% year over year, and operating income climbed 64%. With the North American retail environment under pressure, the company is also focusing more on making direct-to-consumer sales online, and on reducing its operating expenses. Those initiatives should help keep earnings steady as the company broadens its global sales base.

Under Armour shares are trading near their five-year lows. While the company's forward P/E of roughly 68 is steep, the company is valued at just 1.2 times its trailing 12-month sales. This stock could wind up looking quite cheap at current prices if the company continues to deliver big international growth.