Please ensure Javascript is enabled for purposes of website accessibility
Log In Help Join The Motley Fool
Free Article Join Over 1 Million Premium Members And Get More In-Depth Stock Guidance and Research
By Tim Brugger - Dec 8, 2017 at 7:40AM

Minimizing risk is a priority for many investors, and these two stocks offer growth minus the roller-coaster ride.

As investors know, risk can't be avoided entirely. However, there are a number of stocks that offer growth potential without the wild fluctuations. Two that immediately come to mind are design software king Adobe (ADBE 1.03%) and cybersecurity leader Check Point Software (CHKP -0.16%).

Though Adobe and Check Point play in entirely different sandboxes, they share a number of key attributes. Both are focused on slowly building an ongoing revenue base investors can rely on from one quarter to the next. Adobe and Check Point may not wow investors each quarter, but for those seeking conservative growth alternatives, these two are hard to beat. 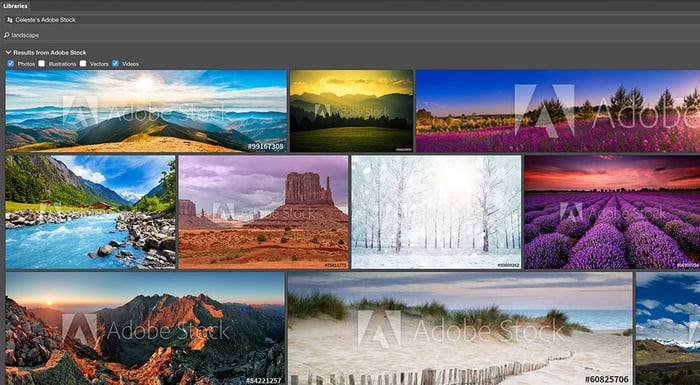 When CEO Shantanu Narayen first shifted Adobe's sales efforts away from individual products to a monthly subscription model, customers were not amused. Blogs were started for the sole purpose of giving design folks a forum to bemoan the change. Fast-forward a few years and not only are Adobe's customers fine with the change, but shareholders are reaping the rewards.

Last quarter's $1.84 billion in revenue was yet another record and a whopping 26% increase compared to last year. Just as important is that thanks to Adobe's focus on recurring revenue -- it costs less to service existing customers than rely solely on finding new ones -- the bottom line soared.

Adobe reported $0.84 in per-share earnings last quarter, equal to a mind-boggling 56% year-over-year improvement. But the reason you won't lose sleep by adding Adobe to your portfolio is its annual recurring revenue. Its ARR jumped $308 million last quarter to $4.87 billion. In other words, if Adobe didn't sell another subscription all year, it would still generate nearly $5 billion in revenue.

Going forward, Adobe is exploring a number of cutting-edge technologies that are ideal for its software design customers. Forays into the cloud, virtual reality, voice recognition, and augmented reality, are naturals given Adobe's products and customers.

Adobe's push to expand its offerings are the reason its operating expenses were up 16% last quarter, much of which went to its research and development costs. Of course, when the top line balloons 26% largely due to building a reliable foundation of revenue, a bump in spending is more than acceptable.

If you're losing sleep over your portfolio, stocks that mimic the slow-but-steady tortoise over the easily distracted hare are ideal. In that regard, it's hard not to like Check Point. Similar to Adobe, Check Point shifted away from its reliance on one-time sales to grow its base of continuing revenue.

Naturally, impatient investors shied away from Check Point as it made its transition to focus on high-flying stocks including peers Palo Alto Networks and Fortinet, to name but a couple. Thing is, while Palo Alto and Fortinet were consistently reporting revenue gains of 30%, 40%, and even 50%, their losses mounted.

Last quarter was a microcosm of what investors can expect from Check Point. Total revenue climbed "just" 6% to $455 million, which didn't compare to its rivals. However, subscription revenue jumped 22% to $120 million. When subscription sales are added to the $205.6 million Check Point generated in updates and maintenance last quarter, 72%, or $325.9 million in revenue, is ongoing.

Again, similar to Adobe, it simply costs Check Point less to service its recurring customers than rely on big sales each quarter. Check Point's conservative approach to its business meant that operating expenses inched up a mere 3.9% to $229.7 million. The end result was $1.16 in per-share earnings, a stellar 17% increase from a year ago.

Check Point isn't likely to report massive top-line gains, but that was never CEO Gil Shwed's plan. Slowly building a base of revenue that shareholders can rely on is Check Point's modus operandi, and that's why the company is ideal for investors seeking growth who also like to sleep comfortably at night.