Our analysts believe these stocks are worth owning now -- and 50 years from now.

When a parent dies and the kids look at the portfolio, sometimes they see companies that have been there for a half-century. Our own founders here at The Motley Fool have had a similar experience. These are "heirloom" stocks -- the types you expect to be in your family forever.

There's no better way to create dynastic wealth than by buying high-quality companies, and holding them for the long run. Today, three Motley Fool investors offer up stocks they think will be in their portfolios for decades to come. 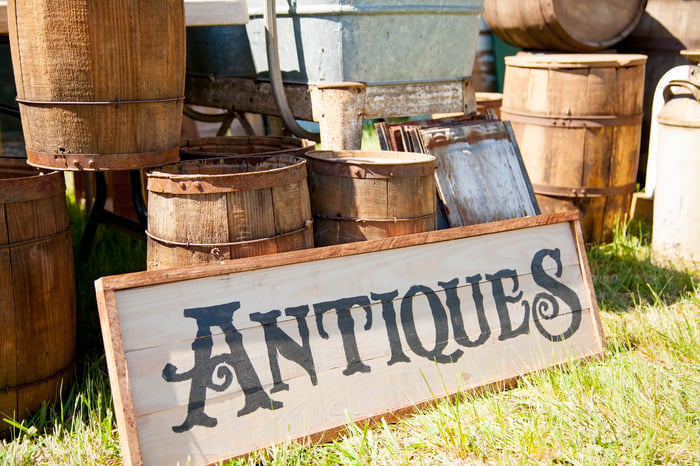 Brian Stoffel (Alphabet): When I think of a company that's bound to stay in my portfolio long enough for my grandkids to see it, Alphabet -- parent company of Google -- is the first that comes to mind. It has the big three things I look for in an "heirloom" stock: meaningful mission, huge moat, and multiple futures.

Ever since the get-go, Google's mission has been to "organize the world's information and make it universally accessible and useful." That is simple enough to help guide employees' decisions, inspirational enough to keep the workforce motivated, and optionable enough to give the company multiple futures.

Google's moat comes in two forms: moderately high switching costs, and low-cost production. You're probably familiar with the switching costs: The more you use YouTube, Gmail, Search, Android, Chrome, Maps, and Play Store, the easier it is to connect all of your devices across Google's platform. It wouldn't be unheard of to use Bing for search or buy an iPhone, but it would also be a pain.

More importantly, Google can produce tons of data for a very low cost. Because we all use the aforementioned products so regularly, Google can offer unmatched data for advertisers. That's who pays the bills in Mountain View.

Finally, Alphabet has lots of "moon shots" that are attempting to make enormous technological breakthroughs. The chances that any single one will make a difference is small. But if only two or three become big hits over the next 40 years -- imagine, for example, that Waymo becomes the default for autonomous driving -- it could notably move the needle for investors.

Tim Green (Disney): Companies that are able to survive and thrive for decades have one thing in common: adaptation. The best companies change, sometimes dramatically, when faced with fundamental shifts in their underlying industries. Disney is going through a period of adaptation right now. The rise of video streaming services like Netflix, and the subsequent decline of the cable TV model, is testing the iconic company.

The Disney of 10 years from now will probably look quite a bit different than the Disney of today. Cable channels like ESPN will matter less, and streaming services will matter a whole lot more. Disney plans to launch its own streaming service in 2019, with CEO Bob Iger saying that it will be priced "substantially below" Netflix. This may be disruptive to Disney's bottom line in the near term, but it's where the industry is going.

Content will remain king, regardless of how that content is delivered. On that front, Disney is in fine shape. It owns the Marvel and Star Wars franchises, and it's reportedly considering buying 21st Century Fox's film and television businesses. Disney has shown a knack for acquiring high-quality franchises at reasonable prices -- it paid just over $4 billion for Marvel in 2009, and has turned it into a blockbuster series with thousands of characters still untapped. If there was ever a buy-and-hold stock, Disney is it.

Dozens of investments in just one stock

Aside from the fact that there's nobody I'd rather have making decisions with my investment dollars than Warren Buffett and his team, the main reason Berkshire is a cornerstone of my retirement portfolio is for its business model.

Berkshire Hathaway is a holding company for about five dozen businesses and a large stock portfolio. Just to name a few examples, Geico, Duracell, Clayton Homes, The Pampered Chef, and Dairy Queen are among Berkshire's wholly owned subsidiaries, and major stock positions include Apple, Wells Fargo, Coca-Cola, and Kraft Heinz. All of the excess cash generated by these businesses is then used to acquire more businesses and stocks, fueling a powerful growth engine.

Speaking of cash, the next year or two could become very interesting for Berkshire shareholders. The company is sitting on more than $100 billion in cash, most of which it would love to deploy if it can find attractive ways to do so. Because Berkshire would rather not start paying dividends or buying back shares at the current stock price, I wouldn't be surprised if Buffett and company go on a bit of a shopping spree over the next few years.