Jeremy Bowman, Matthew DiLallo, and Maxx Chatsko
(TMFHobo)
Author Bio
Fool since 2011. I write about consumer goods, the big picture, and whatever else piques my interest. Follow me on Twitter to see my latest articles, and for commentary on hot topics in retail and the broad market. Follow @tmfbowman

Monopoly is an evil word for regulators and customers, but for investors it should fill their eyes with dollar signs. Monopoly-like power, which regulators generally define as a company having at least 70% of market share, gives companies pricing power that generally leads to high margins and fat profits, which in turn are shared with investors through dividends and share buybacks. That makes monopolies particularly appealing for investors.

Below, three of our investors share their top choice for a high-yield stock with a virtual monopoly. See why they recommend Enbridge (NYSE:ENB), Enable Midstream Partners LP (NYSE:ENBL), and Philip Morris International (NYSE:PM). 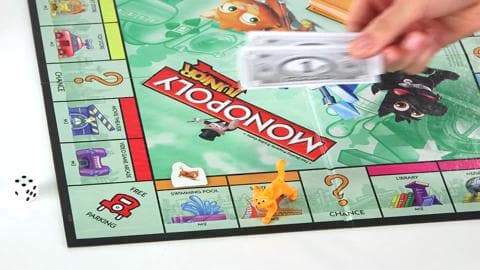 Matt DiLallo (Enbridge): Canadian pipeline giant Enbridge operates the longest and most complex oil transport system in North America. Each day about 2.8 million barrels of oil flows through its vast pipeline network, which accounts for about 28% of the crude produced in the continent. Further, it transports 28% of America's total oil imports, including 64% of those inbound from Canada. That makes it a virtual monopoly on U.S. oil imports from Canada.

While both the U.S. and Canada regulate the fees it charges shippers to transport oil across these lines, Enbridge makes a fortune off its oil pipeline business each year. Through the third quarter of this year, the oil pipeline giant has generated more than 3.8 billion Canadian dollars ($3 billion) of free cash flow, with about half of that money coming from its oil pipeline network. Meanwhile, Enbridge sends about two-thirds of its cash flow back to investors each quarter in support of its high-yielding 4.8% dividend.

The company uses the rest of its excess cash, and money from other sources, to build and buy additional cash-generating pipelines and energy infrastructure assets. In fact, the company currently has CA$31 billion ($24 billion) of expansion projects under construction, which should enter service over the next few years. Those projects support the company's belief that it can grow its already high-yielding dividend by 10% per year through 2020, making it an excellent income stock to consider holding for the long term.

Maxx Chatsko (Enable Midstream Partners LP): The "shale revolution" has plucked a handful of energy basins in the United States out of relative obscurity and put them squarely on the map of investors. The SCOOP and STACK plays in Oklahoma (which are actually geographic regions rather than resource-rich geologic formations) may never be household names, but their regional importance cannot be understated. That alone makes Enable Midstream Partners LP, the dominant owner of pipelines and processing capacity in the plays, worth a closer look.

The midstream operator owns 1.5 billion cubic feet per day (Bcf/d) of processing capacity in the region -- twice that of the next closest competitor -- and is about to add another 0.4 Bcf/d of capacity by mid-2018. That will give Enable Midstream Partners LP roughly the same capacity as the next three players combined. To go along with its unmatched processing capacity, the company owns 28 active rigs in the two Oklahoman plays, which is again the top position in the region.

The company's SCOOP and STACK infrastructure has greatly helped crude oil producers profitably rid themselves of gas in the liquids-rich plays, which is made even easier by the midstream operator's integrated portfolio of assets. In addition to gathering pipelines and processing stations, Enable Midstream Partners LP owns 10,000 miles of pipelines in the Southeast, including links to fast-growing urban centers and all-important liquefied natural gas (LNG) export terminals.

The strategic location and expansion have made the company comfortably profitable with a relatively clean balance sheet, consistent operating cash flows, and an 8.6% annual yield. However, the stock price has remained volatile in 2017 because one of its parents, the gas and electric utility CenterPoint Energy, has remained undecided about whether or not to sell its major position in the company. Regardless of how the situation shakes out, the fee-based midstream operator seems well-positioned for the new age of American energy.

A top brand with an addictive product

Spun off from Altria (NYSE:MO) in 2008, Philip Morris International is the parent of Marlboro, the world's most valuable cigarette brand, outside of the U.S. Considering that smoking rates remain higher internationally than in the U.S., that would seem to put PMI in a better position than its domestic sister company. In major markets like Indonesia and Russia, Philip Morris' market share is in the 30% range.

Philip Morris has generated a profit margin of 25.7% over the last four quarters and pays a dividend yield of 4%.

The company has also raised its dividend payout in every year since it was spun off from Altria. Including its days as a combined company, Philip Morris has hiked its dividend annually for nearly 50 years, making it a Dividend Aristocrat.

Finally, Philip Morris also appears to have a leading position in e-cigarettes with its IQOS technology and could be on the verge of a big win if the device gains approval for use in the U.S. as a reduced-risk tobacco product.

With its international control of the world's most popular cigarette brand, and a strong position in e-cigarettes, Philip Morris should continue to be a strong dividend payer for years to come.