The social network prepares to shift to a local selling structure instead of recording ad revenue through its Irish subsidiary.

Like many tech giants before it, Facebook (META -0.76%) adopted the controversial (and popular) "double Irish" tax strategy back in 2012. The method is a common way to minimize tax liability, particularly for multinational companies that sell digital products and services, including advertisements. European tax structures have been under scrutiny for a couple years now, with regulators looking at ways to close various loopholes that companies are exploiting by booking revenue through subsidiaries based in countries like Ireland.

Facebook has now announced that it will be shifting to a new "local selling structure," where advertising revenue will be recognized by the local subsidiary in the respective country instead of recognizing all advertising revenue through its international headquarters in Dublin, Ireland. 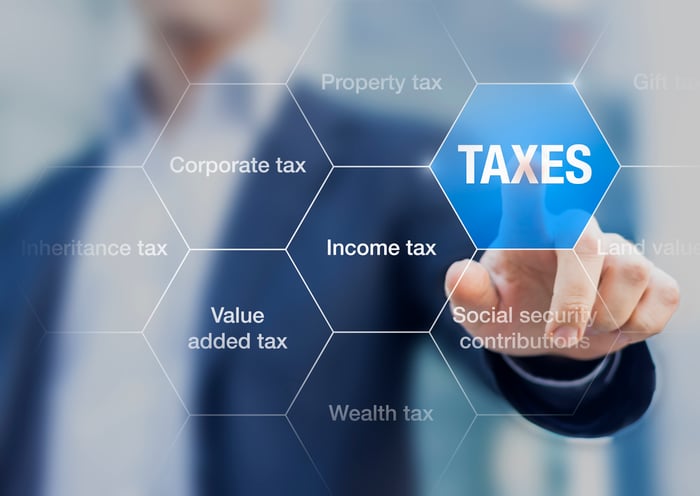 Over half of Facebook's business is international

CFO Dave Wehner penned an official blog post detailing the change, adding, "We believe that moving to a local selling structure will provide more transparency to governments and policy makers around the world who have called for greater visibility over the revenue associated with locally supported sales in their countries."

Of course, Facebook isn't doing this out of the kindness of its heart, but in response to mounting political pressure. The shift to a local selling structure is going to be a massive undertaking, as Facebook will need to have more teams in more countries that can support advertisers. Facebook plans on implementing the change throughout next year, and is aiming to complete the initiative by the first half of 2019.

Facebook continues to expand its presence internationally, and derives over half of all advertising revenue from users outside of the U.S. and Canada.

Data source: Facebook. Percentages do not sum to 100% due to rounding.

Note that while Facebook reports ad revenue by user geography, it has historically still recognized much of this ad revenue through its subsidiary in Ireland for accounting purposes.

Still a lot of uncertainty around tax reform

In terms of how the change will ultimately affect Facebook's bottom line, which is the key consideration for investors, unfortunately it's too early to say. Domestic and international tax reform remain in flux, and a lot can potentially change by the time the transition is fully implemented in 2019.

In the U.S., the Republican-controlled Congress is still working on passing a tax bill that would dramatically lower corporate tax rates and overhaul the repatriation tax structure. Facebook had $12.9 billion in foreign cash (out of its total $38.3 billion cash position) at the end of the third quarter. The European Commission is also evaluating a few alternatives to modernize the EU tax code, which has not aged well in the digital era.