Please ensure Javascript is enabled for purposes of website accessibility
Log In Help Join The Motley Fool
Free Article Join Over 1 Million Premium Members And Get More In-Depth Stock Guidance and Research
By Lou Whiteman - Dec 18, 2017 at 7:14AM

There's desire among lawmakers to grow the Navy. But investors in shipbuilders could be in for a long wait before there's progress toward that goal. 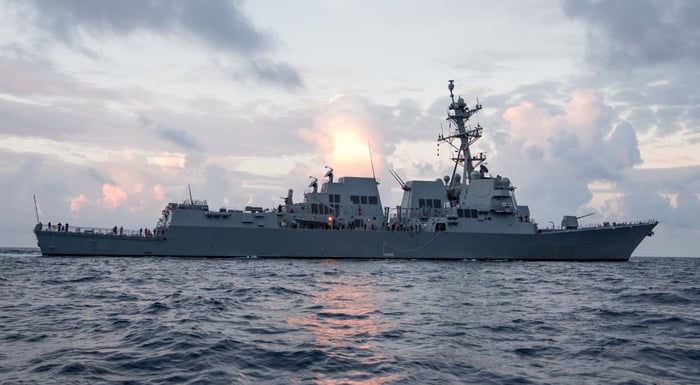 A Navy buying binge would be welcome news for Huntington Ingalls (HII 1.37%) and General Dynamics (GD 2.64%), the two primary U.S. shipbuilders. Huntington is the rare non-diversified large defense contractor and has warned that it expects revenue to be flat through 2020 as it works through its existing order book. General Dynamics, meanwhile, has been bogged down by its Gulfstream commercial aerospace unit and would benefit from a spark at another business unit.