Disney, Enbridge, and Starbucks are dividend-paying stocks that could power your portfolio for years to come.

Building an investment portfolio on the foundation of strong businesses that regularly return income to shareholders is one of the most dependable avenues to market-beating performance. Often times, these aren't stocks that offer the flashiest yields or the most immediately apparent growth prospects -- and that actually makes them all the more valuable over the long term.

We asked three Motley Fool investors to profile an income-generating stock that readers shouldn't miss out on. Here's why they identified Disney (DIS 1.84%), Enbridge (ENB 0.95%), and Starbucks (SBUX 3.76%) as some of the most promising dividend stocks on the market today. 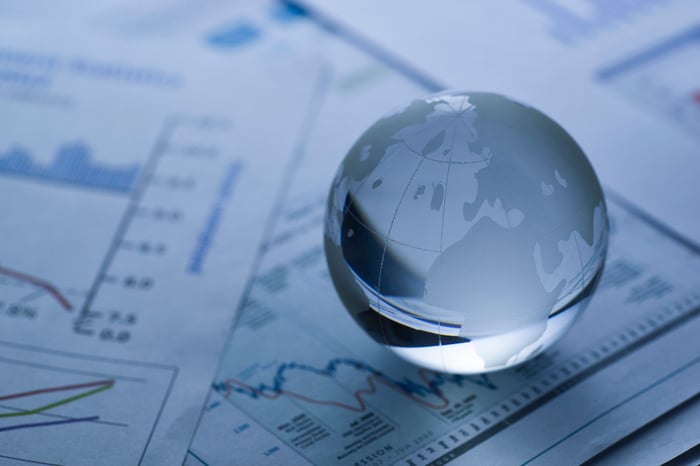 A Fox in the House of Mouse

Danny Vena (Disney): Disney may not be your first thought when it comes to dividend payers. First, its 1.6% yield isn't anything to write home about. Second, some investors are put off by the fact that the company elects to pay twice a year rather than quarterly. Then there's the stock performance.

Despite a rollercoaster ride that could rival any found at Disney's theme parks, the company's stock price is right back where it was two years ago. The culprit? Fears regarding falling subscriber numbers at ESPN due to cord-cutting and the rise of streaming.

However, in-the-know investors will take a wider view, and the bigger picture looks much brighter than the stock chart would have you believe.

In a world where streaming is becoming increasingly prevalent, there have been fears that Disney was ill-prepared. The company put those fears to rest when it announced it would acquire Twenty-First Century Fox, Inc. (FOX) (FOXA) in an all stock deal valued at $52.4 billion.

The deal will give Disney full control of Hulu, the third most popular streaming service in the U.S. Add to this the ESPN and Disney-branded services that are scheduled to debut in 2018 and 2019, respectively, and you get a streaming powerhouse capable of competing on a global scale. Fox adds a treasure trove of content and characters that Disney can monetize across its business segments.

While it isn't a done deal, Disney now has the means to become a streaming powerhouse.

Chuck Saletta (Enbridge): Since its acquisition of Spectra Energy, Enbridge has become North America's largest energy infrastructure company. In the arena of moving natural gas, oil, and related products around, scale matters, and thanks to its size, Enbridge benefits from being the biggest around. Its operations are so strong that it is doing something very few other companies would even consider doing; it's projecting 10% to 12% annual dividend growth between now and 2024.

That incredible projection makes Enbridge a dividend stock for in-the-know investors to consider for a potential slot in their portfolios. There are two key reasons Enbridge feels so confident in its ability to deliver strongly increasing dividends for years to come. First, it expects to wrest $540 million (CAD) of cost savings from the merger with Spectra, freeing up cash to help fuel that reward. Second, around 96% of its earnings come from cost of service, take or pay, or fee-based contracts.

Because of both the financial structure of its operations and the cost savings it expects from its merger, Enbridge can predict its future profitability far more reliably than most other companies can. That makes its audacious dividend prediction feasible and gives its shareholders a chance to see those rewards.

Note that Enbridge is a Canadian company, and its dividend is declared and paid in Canadian dollars. That means U.S.-based investors may not see a steady dividend amount every quarter, and those payments may actually appear to move backwards in U.S. dollar terms if the currency fluctuates the wrong way. That doesn't detract from the fundamental strength of its business, but it is something to be aware of as an investor.

Keith Noonan (Starbucks): In-the-know investors understand that opting for companies that can deliver sustained dividend growth often plays out better than chasing those that already deliver big yields, and Starbucks stock is a standout when it comes to returned income profiles that are on track to get better over the long term.

While the company's outlook remains quite healthy, investors should also proceed with an understanding of some recent setbacks. November saw the coffee giant lower its long-term sales and earnings outlook, adjusting expectations for annual earnings growth from between 15% and 20% annually to growth of 12% or better. Whereas revenue had been pegged to grow at 10% annually, management is now targeting sales growth in the high single digits. That's disappointing no matter how you slice it, but Starbucks is still a strong business that has avenues to increasing prosperity as it builds out its food offerings, hones its digital business, and takes advantage of international growth opportunities.

The business is entering a phase characterized by slower growth, but income investors can still look forward to big dividend increases. The company is making a big push to return value to shareholders and plans to spend $15 billion over the next three years on stock buybacks and dividend disbursements. Shares currently yield 2.1%, and it seems likely that investors can bank on big dividend increases going forward. Starbucks has raised its payout annually for six consecutive years, and its 52% payout ratio gives it leeway to continue delivering aggressive dividend raises.

Even though the company's sales and earnings growth outlook has cooled recently, Starbucks still has lots of promise and deserves strong consideration from income-focused investors.