The stock market again was relatively calm on Wednesday, failing to react to Tuesday night's Senate vote to approve the tax bill and President Trump's signature Wednesday to enact the measure into law. Tax cuts for corporations could mean big earnings boosts for many companies, but major benchmarks didn't make any abrupt movements, reflecting the widespread belief before the formal vote that passage was almost certain. Although the broader market finished little changed, some companies saw their shares rise on positive news. Alcoa (NYSE:AA), Encana (NYSE:OVV), and Penn National Gaming (NASDAQ:PENN) were among the best performers on the day. Below, we'll look more closely at these stocks to tell you why they did so well.

Shares of Alcoa climbed 6% after getting a positive review from a major stock analyst. Credit Suisse upgraded shares of the aluminum and light-metals specialist from neutral to outperform, with a $19 boost to its target price on Alcoa to $61 per share. Many see the fundamental characteristics for the aluminum market improving in 2018, with oversupply problems easing and a big uptick in demand likely. A potential infrastructure package could also help to bolster the company's prospects by increasing the use of various lightweight metals in anticipated construction projects. Alcoa has already seen substantial share-price gains in anticipation of such a move, so it remains to be seen how much more the stock could rise even if those projects materialize. 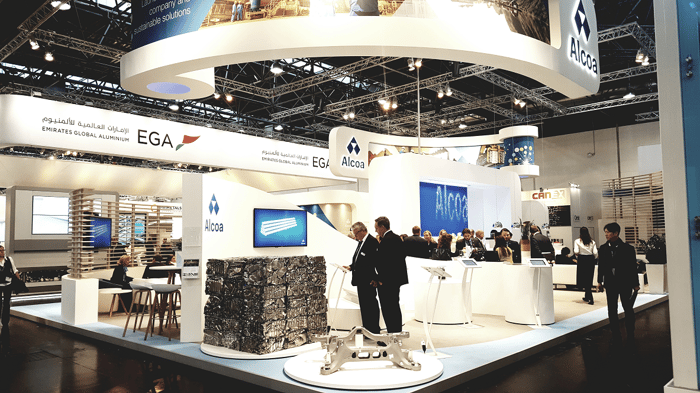 Encana stock jumped 8% on a strong day for the energy market. Crude oil prices rose roughly 1% to move above the $58-per-barrel mark, and many see the potential for greater capital investment following the passage of the tax reform bill possibly adding to energy demand in the long run. Encana has worked hard on a strategic plan that can survive $50-per-barrel oil, and so the prospects for price gains for the commodity only add to the potential profits that the Canadian producer could reap. That sets Encana apart from many producers that are still having trouble finding ways to operate efficiently at current oil-price levels.

Finally, shares of Penn National Gaming picked up 5%. The regional casino operator said earlier this week that it would merge with fellow industry peer Pinnacle Entertainment (NASDAQ: PNK) in a deal worth $2.8 billion. Penn National stock initially dropped after the deal was announced, in part because Pinnacle shareholders would receive 0.42 shares of Penn National for every Pinnacle share they own in addition to $20 in cash. Yet investors now seem to see the potential synergies that the merger could produce, and they're being reflected in share prices both for Penn National and Pinnacle, which has seen more consistent gains throughout the week.