PwC expects aging industries like newspapers and the traditional TV and home video markets to contract during that period. Other industries -- like books and movie theaters -- are expected to grow at a compound annual growth rate (CAGR) of about 1%. 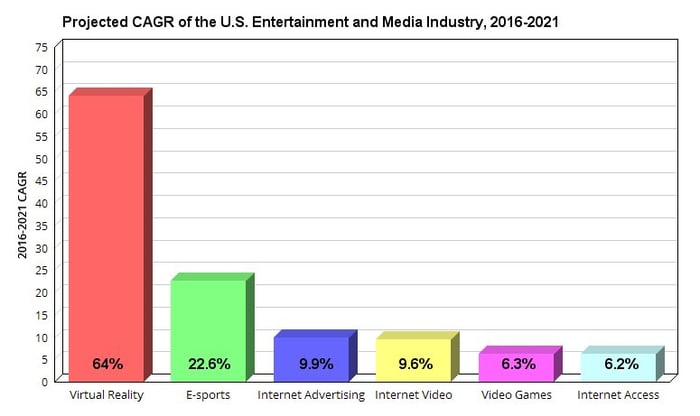 PwC's confidence in the VR market is unusual, since some analysts have been lowering their forecasts for the industry due to tepid sales of headsets and a lack of compelling VR content.

However, many investors remain bullish on video games in general and the prospect of esports gaining ground among mainstream viewers. Video games are well insulated from cord-cutters, who are derailing traditional media companies, and benefit greatly from the "stay at home" economy, which favors companies like Netflix and Activision Blizzard.