On Oct. 4, 1957, Russia's space program was born when Sputnik 1 blasted out of the Baikonur Cosmodrome in the Kazakh Soviet Socialist Republic and into orbit. Ever since, Baikonur has served as the heart of the Soviet Union's and then Russia's space program. This is despite the fact that since 1991, Baikonur has been part of another country entirely -- requiring Russia to rent access to its primary spaceport from Kazakhstan at a cost of $115 million a year.

In 2016, Russia moved to fix that, opening up a new spaceport in the middle of Siberia. Dubbed the Vostochny Cosmodrome (literally "Eastern Spaceport"), this new spaceport cost approximately $11.5 billion to build. Vostochny encompasses seven launch pads spread across 270 square miles, and has a population of 30,000 people to support its operations. Soon Russia plans to begin launching its next generation Angara rocket from Vostochny. There's just one problem: Half the launches Russia has attempted out of Vostochny so far have failed. 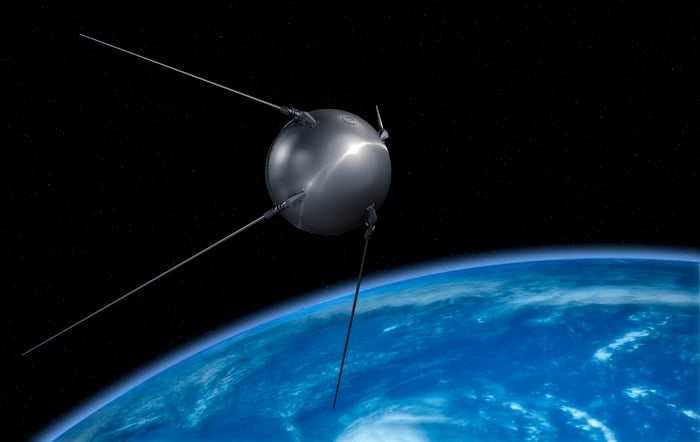 Go for launch (or not)

Russia made its first launch out of Vostochny in April 2016, a Soyuz rocket successfully carrying three satellites into orbit. It took more than a year before Russia was ready for a second attempt.

That happened in November 2017, when another Soyuz climbed out of Vostochny carrying Russia's Meteor M2-1 weather satellite. Unfortunately, instead of heading into orbit, the rocket took a wrong turn, headed back to Earth, and exploded over the North Atlantic. Along with the Meteor, Soyuz was carrying some 18 smaller satellites (under contract for foreign customers) which were also lost.

Then, on Dec. 26, there was another brush with disaster: Angola's first communications satellite, built and launched by Russia from Baikonur under a $343 million contract, also lost communications. After making initial contact with the satellite, Russia was unable to reestablish contact with Angosat-1 for a period of more than 24 hours. Only on Dec. 29 was Russia able to confirm, with relief, that "all parameters of the spacecraft systems are normal."

Historically, Russia has marketed its space launch program as a cheaper alternative to launches by high-priced space providers such as Airbus' (OTC:EADSY) Arianespace subsidiary and the United Launch Alliance joint venture between Boeing (NYSE:BA) and Lockheed Martin (NYSE:LMT). The near loss of Angola's $343 million Angosat, however, and the total loss of Russia's own $45 million Meteor, are putting that argument into question. If a customer saves a few million dollars by launching a satellite with Roscosmos but loses the satellite it was trying to launch, that's not much of a bargain.

There's no doubt that Boeing and Lockheed charge a lot for their ULA launches -- about $225 million per mission on average. Airbus' Ariane doesn't come much cheaper, at about $200 million per launch. For contrast, Roscosmos' $105 million advertised price for a ride on one of its new Proton or Angara rockets looks a lot cheaper. But consider the companies' records.

Since its formation as a joint venture between Boeing and Lockheed in 2006, ULA has launched 123 rockets in a row without a single failure. Arianespace has launched 82 missions in a row atop its Ariane 5 rockets since 2003.

For that matter, even SpaceX, a "risky," privately owned and privately funded space operation, hasn't had a mishap since its September 2016 SpaceXplosion. Returning to space in January 2017, SpaceX racked up an impressive record of 18 consecutive successful missions last year -- twice as many as it completed in 2016. Fourteen of SpaceX's first-stage rockets were also landed for later reuse, and five launches actually reused such "flight proven" rockets.

That contrasts starkly with Roscosmos' record of one disaster and one near miss in less than a month. And did I mention that SpaceX charges about half as much for its launches as Roscosmos?

The failure of the Vostochny-launched Meteor satellite, followed less than a month later by the near loss of Angosat out of Baikonur, sent shockwaves through the Russian space establishment. As the Associated Press reports, both incidents came after Russia discovered "glitches" and "manufacturing flaws" in Proton and Soyuz that necessitated the replacement of components in "more than 70 rocket engines" in 2016.

Last week, Russia confirmed that "human error" lay behind November's failed Meteor mission. Turns out Roscosmos was so used to launching its satellites from Kazakhstan that when Meteor launched, its rocket was programmed with parameters for a launch from Baikonur. Because the rocket didn't know where it was starting from, it didn't end up where it planned to be going. As for the Angosat glitch, it hasn't been positively nailed down. It's been speculated, though, that Angosat was almost lost due to an error as simple as failing to install a big enough battery -- or failing to integrate hardware from two different manufacturers properly.

This simply has to stop. Low-cost rivals, including not only SpaceX but also national space programs in India and China and a whole host of small satellite launchers, are looming. Meanwhile, with each Roscosmos failure, it bolsters ULA and Ariane's case that customers must pay up for quality.

If Roscosmos hopes to preserve its reputation as a cheap and reliable provider of space launch services -- a reputation crucial to winning contracts from customers that include NASA -- it needs to eliminate the unforced errors that doomed one satellite and nearly lost another.