Pandora Media, Inc. (NYSE:P) stock lost 63% of its value in 2017, according to data provided by S&P Global Market Intelligence. The company's share price has struggled amid slowing user growth and lackluster results at turning its paid subscription service and advertising businesses into high-growth revenue generators.

Investor concerns over sales growth, competitive pressures, and a mounting streak of consecutive quarterly losses have hurt Pandora. The company's stock lost 32% of its value in November as a result of soggy third-quarter results that also arrived with dismal fourth-quarter guidance. Following the third-quarter earnings release, the stock has traded in the neighborhood of lifetime lows. 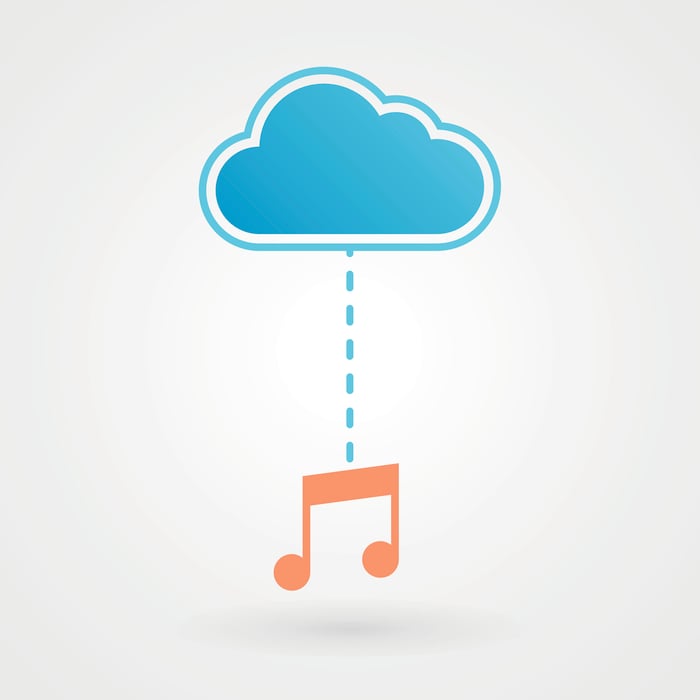 Despite notching a 29% year-over-year increase in subscribers (reaching 5.19 million) last quarter, the total number of hours listened on the platform declined from 5.4 billion to 5.15 billion. Sales growth of 8% year over year combined with uninspiring guidance sent shares tumbling, and the stock has yet to recover.

Pandora Media is valued at roughly 0.7 times forward sales, a metric that might pique the interest of value-focused investors, but it remains a risky investment even after big sell-offs. Its sales growth (roughly 9% year over year last quarter) is unimpressive for a company in its space, rising content costs could make it difficult for the company to build a path to consistent profitability, and the fact that its average revenue per user has actually decreased since introducing its premium subscription option combine to paint a dismal picture for the future.

With rivals like Spotify and Apple already established in the space and Facebook entering the market through acquisitions, the company faces a highly challenging competitive landscape. Pandora will likely encounter ongoing struggles as it bumps up against more resource-rich competitors with superior network effects and is forced to invest resources in order to differentiate its service. Even with shares at historic lows, it's tough to get excited about Pandora.