Shares of La Croix maker National Beverage (NASDAQ:FIZZ) jumped 93.8% in 2017, according to data provided by S&P Global Market Intelligence, as the company continued to grow both volume and pricing power. Right now, there doesn't seem to be anything stopping the company's growth as consumers look for no-sugar beverages that taste better than water.

Operations have been improving more quickly than investors expected, highlighted by a 20% increase in revenue to $504 million in the first half of fiscal 2018. Operating margins also continued to climb as National Beverage was able to raise prices on popular drinks like La Croix. Since fiscal 2015 margins have risen from 11.5% to 20.8% in the last twelve months. 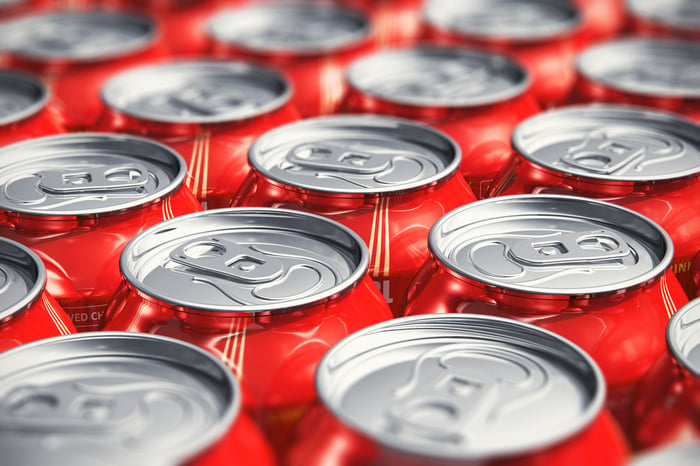 The chart below shows the company's long-term growth on both the top and bottom line. You can see that 2016 and 2017 are where growth really began to take hold and the bottom line really took off. 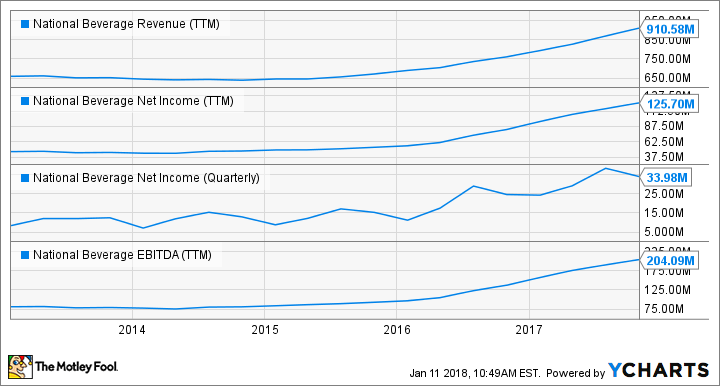 National Beverage makes a number of brands like Shasta, Faygo, and Everfresh, but it's really La Croix that's driving results. The zero-calorie flavored water has become a phenomenon in the last few years and National Beverage has capitalized by introducing new flavors, expanding shelf space at stores, and increasing prices.

It doesn't seem like there's anything stopping National Beverage's operations, which continue to grow as products and distribution expand. The only challenge is the stock's value given that shares trade at 37 times trailing earnings per share. That's a steep price, even for the growth investors are getting in National Beverage. But it might be the rare company that's worth paying a premium for.