Mercury Research, for instance, found that AMD's desktop CPU share increased to 10.9% of the total market in the third quarter of 2017 as compared to 9.1% in the year-ago period.

But will AMD be able to sustain momentum this year? 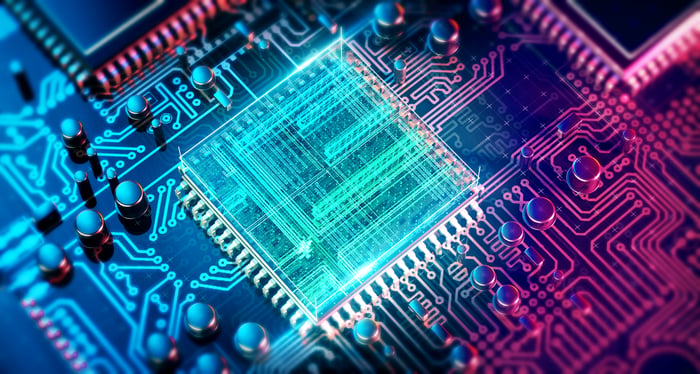 AMD plans to increase its premium desktop CPU offerings this year, while lowering its presence in the mainstream market. To achieve this, AMD will be launching the full line of its Ryzen mobile CPUs for use in notebooks and laptops.

AMD launched the consumer version of Ryzen Mobile in the fourth quarter of 2017, and the chips were available with select laptop OEMs (original equipment manufacturers) during the holiday period. Now, it won't be surprising if more laptop OEMs decide to offer devices with AMD Ryzen as the chipmaker is promising desktop-class performance from its mobile processors.

More specifically, AMD claims that its quad-core mobile processor with a TDP (thermal design power) rating of 15W can outperform a desktop-class Intel Core i5-7600K with a 91W TDP by 8% in certain situations. So, AMD investors can expect more laptops powered by Ryzen chips to hit the market this year as it rolls out more chips aimed at both gaming and professional markets.

More importantly, AMD won't be stepping off the gas as it is slated to launch its next-generation Ryzen 2 CPUs by March. These chips will be based on the 12nm process technology as compared to the current 14nm process.

AMD's new generation processors are expected to support a higher core count and increase memory clock speeds, while a more efficient manufacturing process should keep power consumption low. These new chips will go up against Intel's 9000 series processors that are expected to be released in June.

So, AMD looks all set to steal a march over Intel in 2018 by launching its new and more powerful processors for both desktop and mobile ahead of Chipzilla's offerings.

The EPYC battle in servers

AMD's EPYC server processors have helped the company make a big dent in the data center space thanks to powerful specs and aggressive pricing. AMD claims that its EPYC 7601 chip can perform slightly better than an Intel Xeon Platinum processor at just a third of the cost in terms of floating point performance.

Not surprisingly, a number of server OEMs and data center customers have already started deploying the EPYC chips, hurting Intel's monopoly in this market. According to AMD, eight server OEMs and ODMs (original design manufacturers) have made EPYC available on their platforms, with three more expected to be added to the line-up this year.

On the other hand, major data center customers such as Baidu, Microsoft, and Tencent are already using, or have committed to deploy the EPYC chip in their cloud platforms. So, Intel will feel the heat in the server processor market as more vendors start using AMD's EPYC chip. In fact, Intel expects the competition in the data center space to intensify going forward, which is why it admits to potentially losing market share.

Moreover, it recently came to light that Intel's desktop and server chips are vulnerable to hacker attacks, which could compromise information stored in data centers as well as personal computing devices such as laptops. As a result, major Intel cloud customers such as Alphabet, Microsoft, and Amazon are busy releasing patches to fix the flaw, though there are concerns that these patches could slow down the performance of Intel processors.

This is bad publicity for Intel right at the beginning of 2018, and could give AMD an edge in both the server and PC processor markets. So, AMD investors can be hopeful of another year of market share gains against Intel thanks to new chip launches and the former's robust partner ecosystem in the cloud.