The top dog in the world of cable television and online connectivity is stepping up this week with fresh financials. Comcast (NASDAQ:CMCSA) reports its fourth-quarter results before Wednesday's market open.

Comcast should cap off what will be its fifth consecutive year of revenue growth in the mid single digits. Analysts see revenue climbing 4% to $21.8 billion for the quarter as earnings per share rise from $0.45 to $0.47. It's modest growth, but any positive gain trips up the worrywarts predicting that the demise of cable and satellite television providers is at hand.

Things can still end badly for Comcast. Let's go over a few things that can trip up the media mogul when it reports on Wednesday morning. 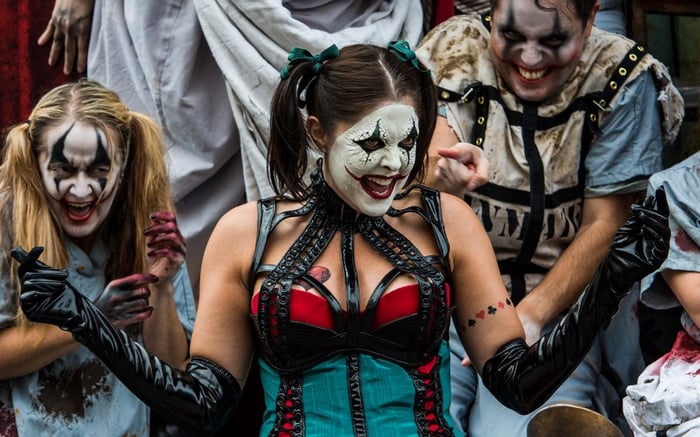 1. Cord-cutters will eventually take their toll

Comcast is holding up well. The stock has moved higher for nine consecutive years, adjusted for dividends. The company's performance seems to be flying in the face of the inevitable shift from cable television consumption through costly bundles to cheaper streamlined digital offerings.

The secret to Comcast's steady top-line growth has been charging fewer people more for cable TV and other services. It closed out the third quarter with less than 22.4 million total video customers, 125,000 fewer than it had three months earlier. That was more than offset by growing its high-speed internet accounts to 25.5 million. Revenue per total customer relationship clocked in at a record $152, a figure that has held steady or inched higher sequentially in all but one period over the past three years.

Comcast's growth for its flagship Xfinity cable and broadband business has been relying on a combination of higher rates and growth on the connectivity side, but that can't continue forever in a world where it's no longer millennials cutting expenses by nixing cable for cheaper streaming products. Taking a step back on this front will likely result in pain for investors that have enjoyed nine years of gains.

Good things happen to companies that exceed expectations, and that is something that has helped Comcast in the past. It's been four-for-four over the past year in landing ahead of Wall Street profit targets.

Comcast is doing right by shareholders. Margins expanding slightly in 2017 have helped deliver welcome bottom-line surprises. However, any stumble with a market used to perpetual beats could lead some analysts to rethink the model's earnings power. Comcast was able to overcome a 12% spike in programming costs in the third quarter, and it will be hard to keep profits rising if total expenses start to outweigh revenue growth.

3. NBCUniversal can show signs of wear and tear

Comcast became a major player in content with the NBCUniversal acquisition, a move that added not just NBC and Universal Pictures but also a fast-growing theme park chain and interests in cable channels including Bravo, E!, CNBC, and Syfy. Comcast's cable channels are at the mercy of the same cord-cutting trends as its original cable television platform. Ratings for linear television continues to suffer.

The Universal Studios theme parks offer some welcome diversification, but the coming year will find it having to ramp up its capital expenditures to keep up with what Mickey Mouse is rolling out in 2019.

Comcast may seem reasonably priced at 18 times this new year's projected earnings. It packs a decent yield of 1.5%, too. However, the surprisingly steady annual winner will prove mortal in 2018 if it fails to deliver growth, and the first big test on that front awaits stockholders on Wednesday.