Please ensure Javascript is enabled for purposes of website accessibility
Log In Help Join The Motley Fool
Free Article Join Over 1 Million Premium Members And Get More In-Depth Stock Guidance and Research
By Daniel Miller - Updated Jan 24, 2018 at 11:46AM

While no direct news is coming from CBI today, it could be details from Trump's supposedly leaked infrastructure plan that's pushing the stock price higher.

Shares of Chicago Bridge & Iron Company (CBI), a global engineering and construction firm specializing in development projects with a focus on energy infrastructure, are up 12% as of 10:50 AM EST, on what could be speculation over President Trump's potentially leaked infrastructure plan.

Sometimes stocks go up, and sometimes stocks go down, but CBI is trading at nearly double its volume early Wednesday which suggests there's more to it despite no direct news from CBI. However, if details in the supposedly leaked Trump infrastructure plan pan out, it would be a benefit to CBI. The key detail is that a priority would be placed on protecting electricity and water supplies -- keep in mind CBI's focus is on energy infrastructure -- rather than more traditional roads and highways infrastructure projects. 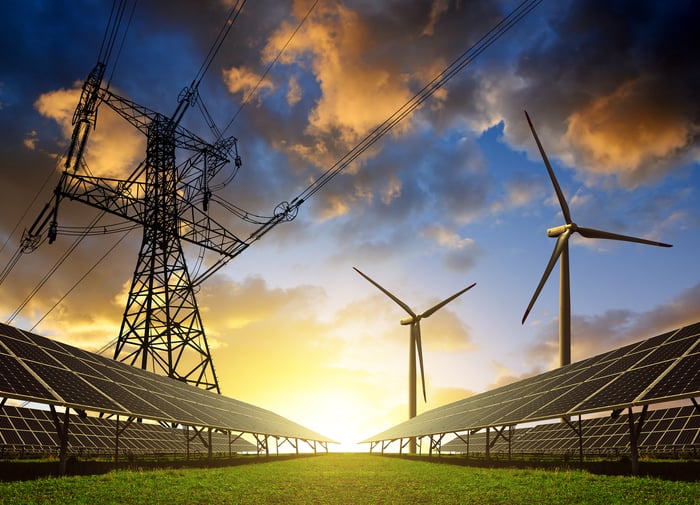 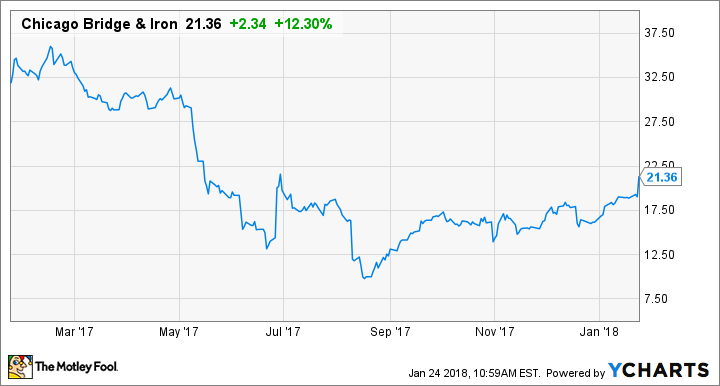 Even if the details of Trump's infrastructure plan end up being accurate, it's far from a sure thing for CBI investors. While the company has a lengthy track record it would still have to win contracts for projects and the company has been highly volatile over the past year -- CBI's jump today on the trailing twelve month price chart hardly stands out -- so investors should be careful jumping in on speculation such as this.